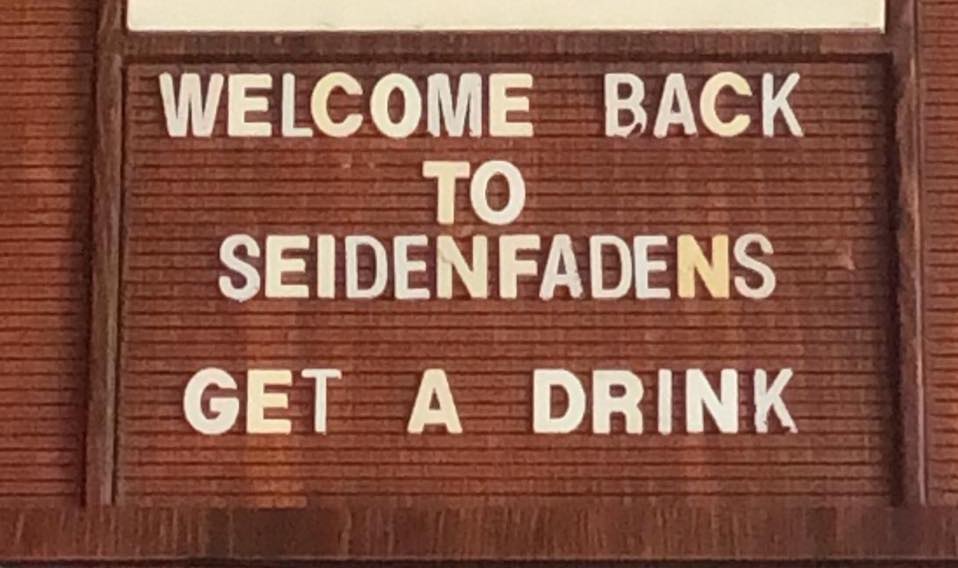 After several months of being closed, Seidenfaden’s is now open again.

The dive bar, which sat on the border of Germantown and Paristown, was known for dance parties, weekly themed TV/movie nights and for the “Crazy Ridenfaden Cyclists,” who end their rides with drinks together at the bar.

Seidenfaden’s closed last year when owner Alex Cosby, who took over the bar in 2011, suddenly passed away in September. Speaking to LEO a few days after Cosby’s celebration of life last year, Cosby’s friend Evan Patterson said, “Alex was as charming and as lovable as they come. He had an excitement in his eyes that would undeniably draw anyone in to his tractor beam of love. He had a hug that was sincere with warmth and care.”

A sign posted in Seidenfaden’s window several months ago said that the bar’s 100+-year-old building was “not for sale or lease.”The Seidenfaden’s building is owned by the Heck family, who ran the bar before Cosby. LEO reached out to Jimmy Heck for comment, but he has yet to respond.

A post by LOUtoday says that the bar “quietly reopened around Derby.”

The bar is now open at 1134 E. Breckinridge St., just down the street from Old Forester’s Paristown Hall. Its hours are 5 p.m. to midnight Tuesday through Thursday and 5 p.m. to 4 a.m. Friday and Saturday, though a comment from the bar on their Facebook page said, “Our hours will expand as we do!”