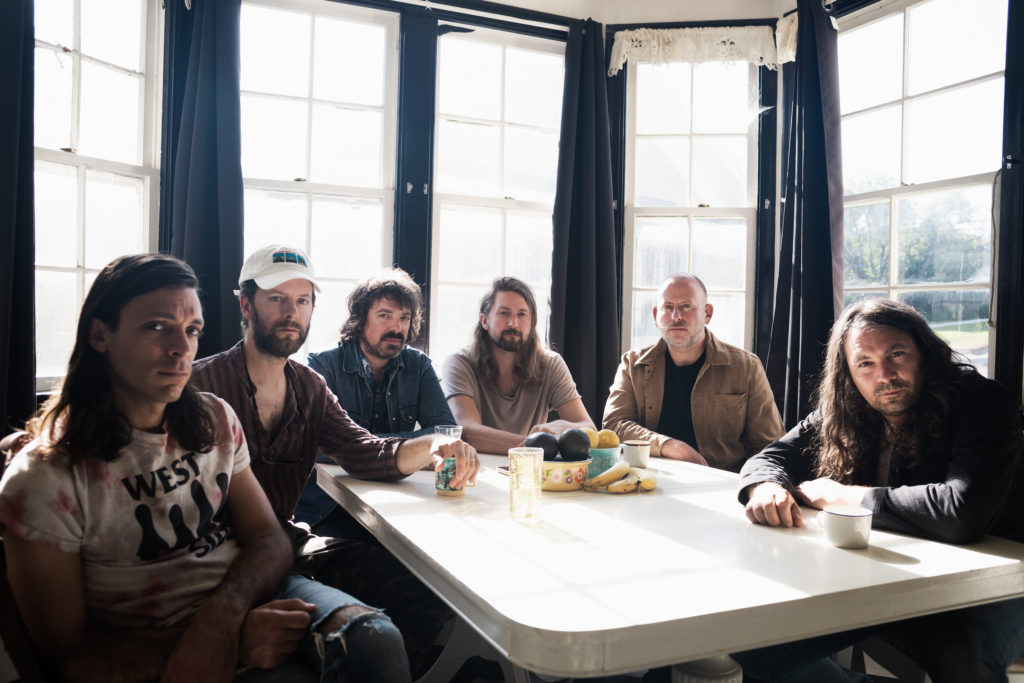 Adam Granofsky, or Adam Granduciel as he is better known, is the frontman for Grammy-winning band, The War on Drugs. The War on Drugs is playing Old Forester’s Paristown Hall this Thursday May 26. They are coming in support of their latest album, I Don’t Live Here Anymore. LEO caught up with Granduciel. What we thought was going to be a very brief chat turned out to be a discussion of creating, motivation and the “impossible way of life.”

LEO: Is this your first tour since COVID or have you been out with this record in 2021?

Adam Granduciel: We went out in January.

How did the pandemic affect your work?

I don’t know. I mean, I’d done a bunch of it before the pandemic. I mean, how do you think it affected it? I mean, a million were different ways. I couldn’t even begin to explain.

Well, could you talk about the direction of this record in relation to your other records? How did this one differ? There’s the ’80s vibe, and it does seem to sort of thread through your music.

I don’t know if there’s really an ’80s vibe. I mean, it’s shorter. Shorter than the other records.

When you’re not working on music, what things do you do?

All the things normally people do, I guess: basketball, Non-competitive basketball,  college sports, soccer. I like playing on an intramural soccer team. Yeah, just the normal stuff.

How did having a kid affect your work and process?

I was working on the record with him in the room, a lot, in my home studio, and it’s like he’s just sitting there, maybe like twisting a bunch of knobs and making some crazy sounds, and then you kind of realize that like, ‘Oh yeah, making music should be fun’ and kind of like there are no rules to making music.

Your schedule kind of changes. You kinda have to, when it comes time to go to work, you kind of have to have a pretty good idea of what you’re trying to accomplish because there’s not as many hours in the day anymore. It just gives you a little clearer vision of your goals.

You can’t just, like, waste time.  I used to hang at the studio ‘til four in the morning, and I don’t even know what we were doing half the time, manipulating some bass guitar sound, but now it’s like, ‘All right, I’ve done the things I need to do, so I’m gonna go home.’

When you made the record, did you work in the studio together or were you isolated? How did you pull those pieces together during 2020, 2021?

I would say a lot of it had already been recorded but I was sending stuff to the bandmates and they would put down some bass or  we would do some stuff remotely, but  it wasn’t like trying to write or collaborate remotely. Everything was already written and arranged and a lot of it recorded.

No, basically when March of 2020 happened, I was like maybe 80% done with the record. And then I thought, I thought I was 80% done, but I was actually really only like 40% done.

We spent the next year working on it.

Why did you choose to do music?

I fell in love with music at a young age, like when I was like 10 or 11. My friend had a guitar, so I started playing guitar, and when I was in seventh grade, eighth grade, I became obsessed with it. Guitar and music were just very important things in my life, but I didn’t necessarily think that I would do it for a living.

It wasn’t really something that was supported in my family. It wasn’t like, ‘Oh, you should be an artist.’ My family was way more conservative. I did other things, but obviously music was a constant. And then when I was in my early 20s, I kind of realized that… I didn’t even wanna be an indie rocker or something. I just wanna be somewhere where… ’cause I started like writing my own songs and recording them and I just wanted to meet people with similar interests, you know?

I moved to Philly on a whim and ended up meeting all the people I continue to work with.

How do you motivate yourself?

I don’t know. I just do; I never had anything that motivated me other than I love to do music, so yeah. I had to be responsible about my life.

Playing the shows, hanging with the guys.

Days off. Days off drive me insane.