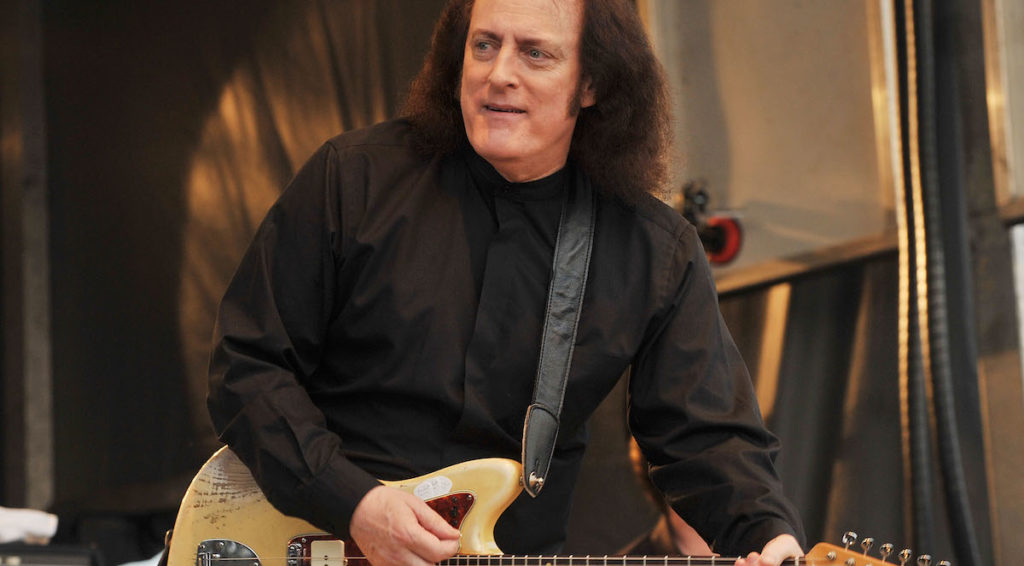 When Abbey Road on the River returns to the Big Four Station Park in Jeffersonville, Indiana this May 26-30, Tommy James & the Shondells will be among the many noteworthy acts on the bill. We recently caught up with James to discuss his band’s staggering amount of hit records — that included such classics as “Hanky Panky,” “I Think We’re Alone Now,” “Mony Mony,” “Draggin’ the Line” and “Crimson & Clover” — as well as his inadvertent work for the mafia and his current radio show on SIRIUS/XM’s ‘60s channel.

LEO: What can you tell us about your early days in the music business?
Tommy James: I basically got my first guitar when I was 9 years old, after seeing Elvis [Presley] on TV and deciding that’s what I wanted to be when I grew up. When I was 12 years old, I started my first band, and by the age of 13, I was playing professionally in my hometown of Niles, Michigan. I guess I was 16 when I had my first hit record locally with “Hanky Panky.”

And it was that song that eventually opened up doors for you on a much larger scale, right?
Yeah, I came to New York to sell the master to whoever we could get to put it out nationally because it had also become a huge hit in Pittsburgh, Pennsylvania, of all places. And since Pittsburgh is such a large market, we were already known in all of the trade papers by the time I showed up in New York. Because of that, we had initially gotten an enthusiastic ‘yes’ from all the labels that we had shopped it to: Columbia, Epic, Atlantic, RCA and a little independent entity called Roulette Records. But, by the very next morning, every one of them, with the exception of Roulette Records, had called me back saying they were sorry but that they were going to have to pass.

So, what happened?
Well, I had no idea that Roulette Records was a front for the Genovese crime family. But that’s what was going on there and [the label’s president] Morris Levy apparently got heavy with the other interested parties telling them to leave me the fuck alone, that I was his artist now. He basically scared the hell out of them; leaving me with no other viable option to pursue. Obviously, we signed with Roulette, and in the end they turned out to be a pretty good little label. In fact, they took “Hanky Panky” to number one everywhere in the world. It ended up being the biggest record of the summer in 1966.

That’s insane. But at least you were able to have an enormously successful run there nevertheless. I wanted to ask you specifically about ‘Mony Mony.’ Is it true that you grabbed that phrase from a flashing Mutual of New York sign?
[Laughter] Yeah. I know it sounds like a story that was made up by some publicist somewhere, but that’s exactly what happened. I had been struggling to come up with the namesake for the song, you know, something like “Sloopy,” or whatever, and then it suddenly appeared before my eyes. Of course, timing is everything. If I had been looking the other way, I might have only received “Such and Such Hotel” as my source of inspiration.

Beyond writing and performing the material, you were eventually turned loose as a producer, too. One of your greatest works in that regard was ‘Crimson & Clover.’ What a sound. It seems to have been made just to be played loudly on an old jukebox. Is that what you were going for?
Why thank you. I don’t know about that, but, actually, it turned out to be perfectly suited for FM radio, also, which was a real blessing because it allowed us to switch over from being an AM singles group at such a pivotal moment in music history when bands like Blood, Sweat & Tears, Led Zeppelin, and Crosby, Stills & Nash were all the rage.

And now you’ve transcended even FM by taking a job as a DJ and storyteller at Sirius/XM. How did your gig in the world of satellite radio come about?
They came to me with the idea for the show, and I was honestly kind of nervous not having ever been on that side of the mic before. I really love what it has become, though, and the fact that I get to play “new’’ old records all the time that nobody has ever heard of. You know, there are all these amazing songs that should have made it in the 1960s but there was just no room on the radio. •

Tommy James and the Shondells play a headlining set on Saturday, May 28, at the Abbey Road on the River festival. Prices vary. For more info, arotr.com.