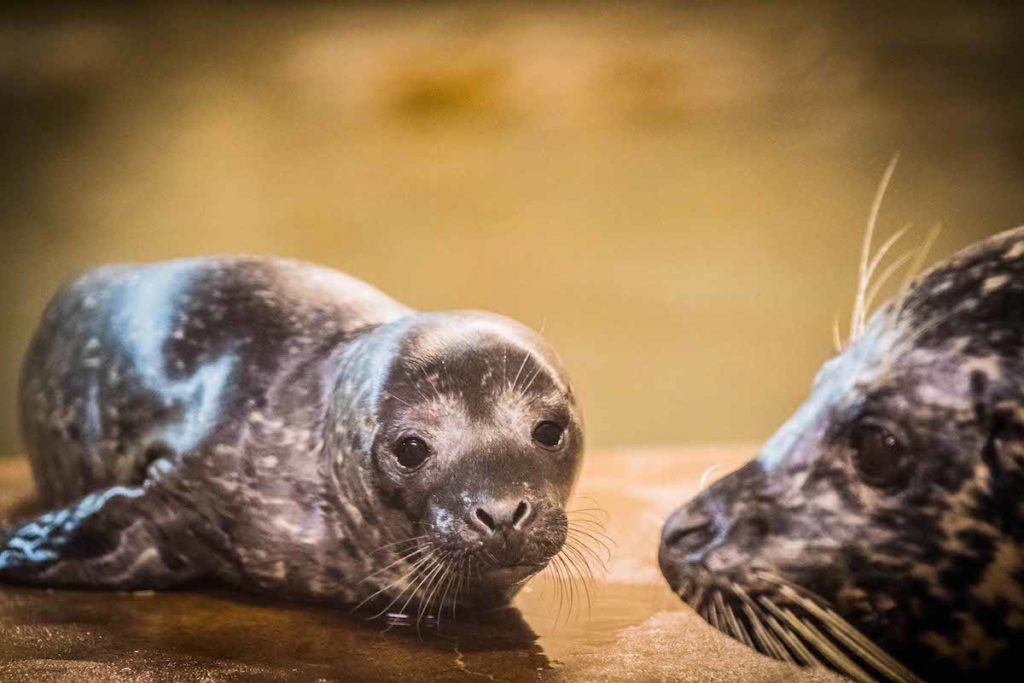 Emmy, Grammy and Nobel are the name options for the baby seal, as her parent's names are Oscar and Tonie.

There’s a new baby animal at the Louisville Zoo.

Tonie, a 20-year-old harbor seal, gave birth to a pup on Friday, April 29, according to a press release. It was unintentionally well-timed, too: Tonie and her child share a birthday.

The Zoo also announced that there are two other babies on the way, too — Kianga the giraffe and Azizi the zebra are both pregnant and are due within the next month or so.

The new seal pup doesn’t have a name yet, but you can vote on what it should be in this poll, with a donation. The options right now are Emmy, Grammy and Nobel — which Zoo staff chose because her parents’ names are Tonie and Oscar.

In the press release, the Zoo said Tonie has been “attentive” to her pup and has shown “good maternal care”; in fact, the “alert and feisty” baby is “vocal and active” and “swam within a few hours of her birth.”

Zoo keepers are continuing to monitor both of them.  Since Tonie and her baby still need to recuperate and bond, they’ll be “off-exhibit” for a few weeks.

That said, you can watch them on a webcam at this link. As of this writing, the two were very busy with important work (sleeping and rolling over, mostly.)