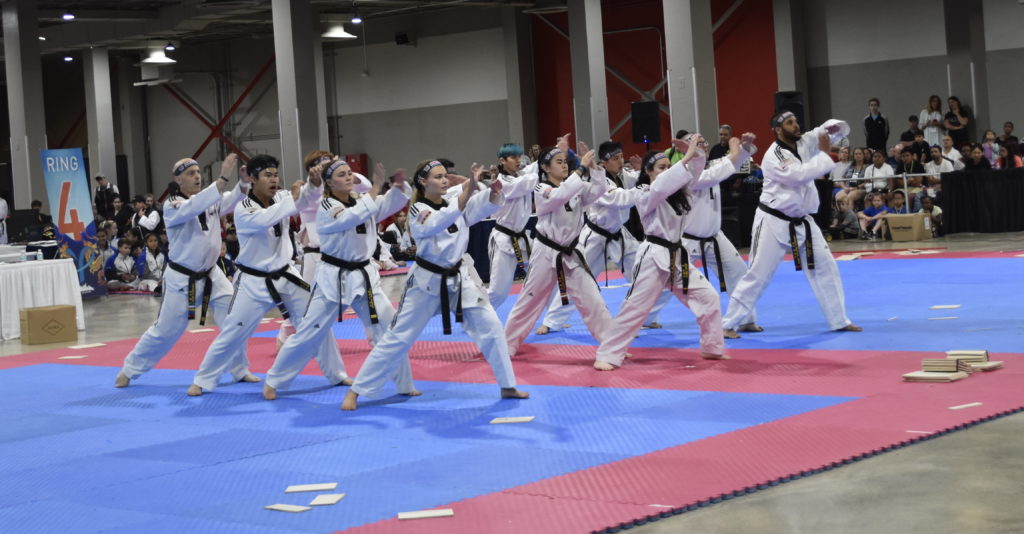 The showcase was started to help the Jung Hwang Legacy Foundation continue to fund projects around the city. Its mission is to “provide opportunities both locally and abroad for individuals, families, and organizations to affect positive change in living fuller, healthier, and more meaningful lives.”

“The Foundation was started in 2019 to further Grand Master Jung Hwang’s 700 year plan of giving back to the community, and paying forward the help and assistance he’s received over the course of his extraordinary life.” says daughter and business partner Master Mimi Hwang.

Grand Master Jung Oh Hwang was the 1984 Los Angeles Olympic Silver Medalist in Judo. He grew up in South Korea in Gumi-si, once a small farming village near Daegu, and was introduced to Taekwondo at the age of seven, then to Judo upon moving with his family to Daegu. After his Olympic win, he went on to teach Taekwondo and finish his higher education in Tennessee where he also opened his first martial arts studio. He opened his second studio in 1993 and the third in Louisville in 1997.

“The purpose of this event is to showcase the skills and hard work that our students have put in over the past couple of years,” said Mimi Hwang in an email to LEO “ Also, the money raised is going to the Jung Hwang Legacy Foundation, a non-profit organization that has been doing amazing things in our community, country and world.”

Each year the Hwang’s Martial Arts family raises money for various charities and does a food drive to help homeless families and individuals. The cost to get into this year’s showcase is $5.

“This year, the donations raised will go to ten $1,000 scholarships that will be awarded for secondary education. We will also be donating a portion to support Ukraine,” said Hwang.

For those interested in donating to the foundation go to givebutter.com/JHLF.