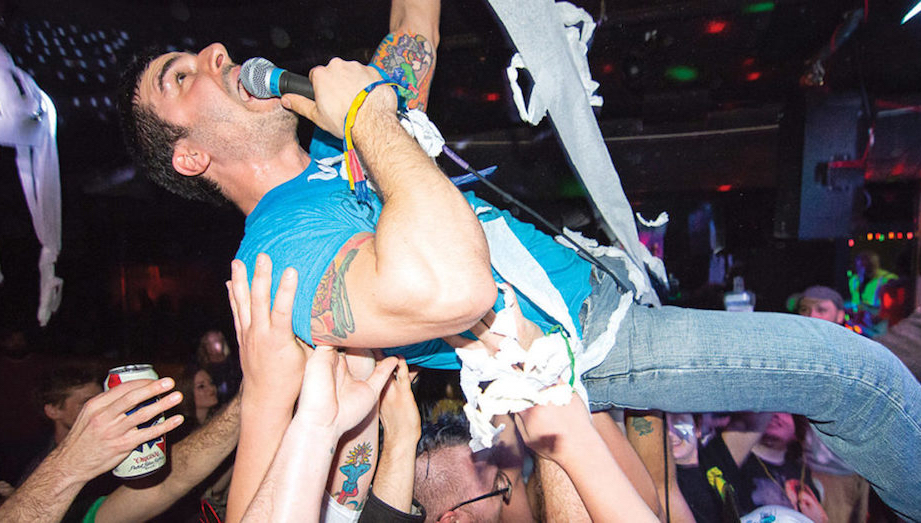 If you love punk, thrash and all the other types of music that might annoy your neighbors, you’re in luck: No Comply Night, the all-ages music festival that debuted at the Dave Armstrong Extreme Park last September, will return to the skate park this summer.

No Comply announced this year’s lineup over the past week — one band per day — on their social media. They completed the list this morning.

All bands except Mr. Clit & the Pink Cigarettes are local to the Louisville area.

Belushi Speed Ball will once again headline the night. In a video statement to LEO, frontman Vinny Castellano said that getting invited back to headline after last year’s “absolutely amazing” show was both humbling and exciting.

“It’s a privilege to be able to play any venue, and we are extremely lucky that they asked us to be a part of this,” he said. “There are so many amazing bands that are a part of [No Comply II], and the fact that we’re on it with them is just, it’s amazing. We couldn’t be more thankful.”

Castellano said the headliner spot was probably due to logistical concerns, at least in part: at most Belushi shows, the band throws trash and other things into the audience, and the audience members then throw it around at each other. As he pointed out, it’s easier to have something like that happen at the end of the night rather than in the middle. (That’s not to say that the band allows venues to stay trashed, of course; Castellano and his bandmates always help clean up the mess afterwards.)

Beyond that, all of Belushi’s shows involve some sort of gimmick, costumes, and/or stunts. Past shows include one themed around Insane Clown Posse; one in which the band played an acoustic set to cats; and one in which the band’s manager, Señor Diablo (Beau Kaelin), legally married two fans during the set.

Castellano didn’t disclose what Belushi’s gimmick for No Comply 2 would be, but he did say that the band will “have to outdo ourselves. Thus is the curse of Speed Ball: always trying to outdo yourself.”

“We already have it all planned out; go big or go home,” he added. “Last time, we went as big as we could, and this time is going to be even crazier and more epic.”