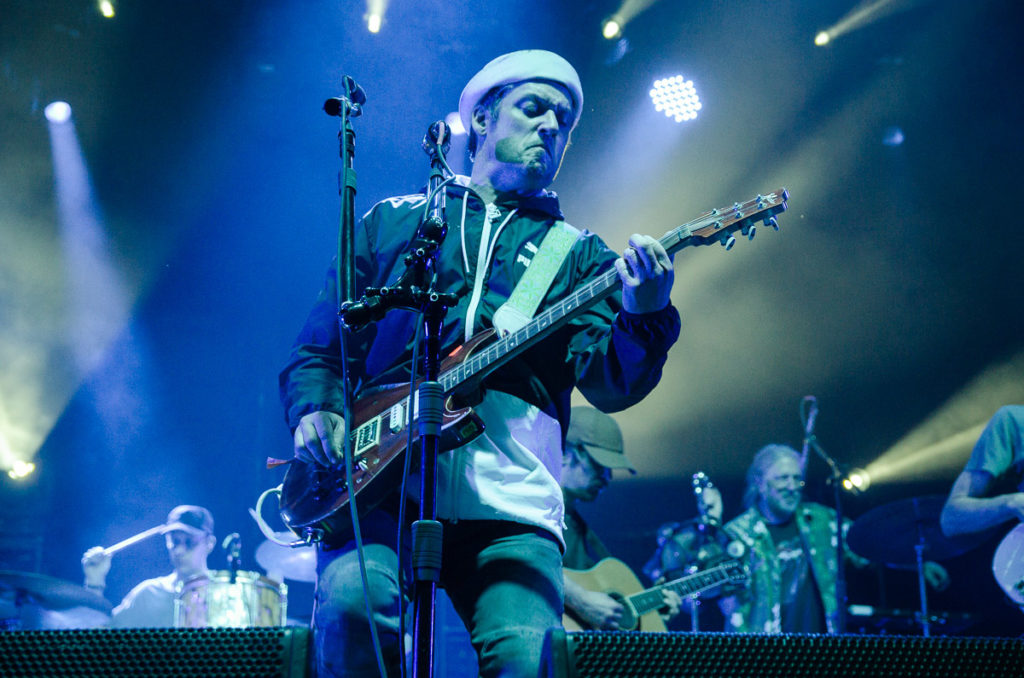 Is the era of bands calling off shows because of COVID back?

Modest Mouse has postponed their sold out Louisville performance tonight after lead singer Isaac Brock tested positive for the virus.

The band says that it will be rescheduling its shows in the coming days. Tickets for tonight’s show will be valid for the new date, but refund information will also be coming “very soon” from Iroquois Amphitheater for those who can’t attend, according to the venue’s website.

Modest Mouse was supposed to be Iroquois Amphitheater’s first show of the 2022 season.

Brock tested positive on Monday ahead of the band’s Atlanta show, which was also canceled.

COVID cases are creeping up across the U.S. due to the super contagious BA.2 variant. On Monday, Ben Chasny of Six Organs of Admittance canceled his May Louisville show over COVID safety concerns. He plans to hold a virtual performance instead.

Still, the number of events being canceled in Louisville due to the virus has slowed down in 2022. Last year, concertgoers were disappointed often by pulled performances: the National Jug Band Jubilee, Waterfront Wednesday, String Cheese Incident and the Pixies all canceled shows last summer.