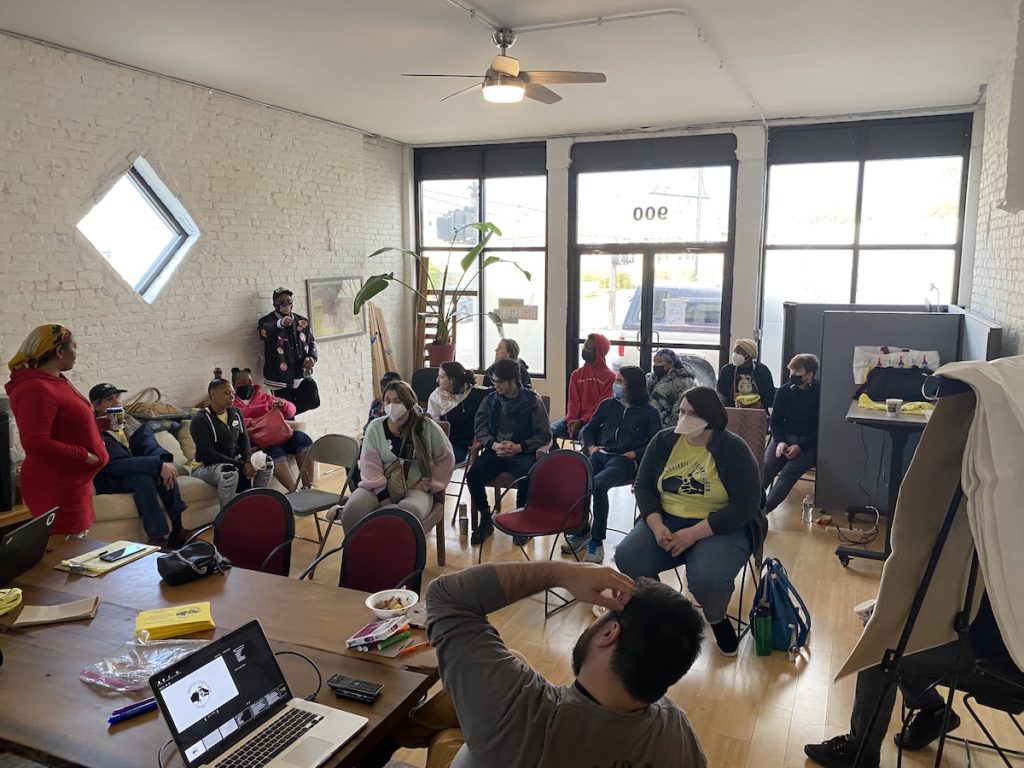 With the city’s political and ownership classes tightly transfixed upon the spectacle of a contested mayoral primary, a group of poor and working class Louisville tenants are already taking power back from them.

The formation of the Louisville Tenants Union last month represents, in part, a local wave in the broader sea change in class relations sweeping the country: The zeitgeist of unionization — from the victorious Amazon Labor Union in New York to the brave Heine Brothers baristas demanding a fair share of the fruits of their labor — is occurring at a moment in American life where those disenfranchised by decades of neoliberal austerity and its accompanying political theater have said, collectively, ”Enough.”

Similarly, tenants unions across the United States are seeing victories in all arenas, from rent control policies to eviction prevention, achieved by direct action and legislative pressuring; and we’re the new kids on the block.

For our first campaign, we voted to target CT Group, a private company contracted by the Louisville Metro Housing Authority to (attempt to) manage several public housing sites in Louisville, including the HOPE VI-created Sheppard Square and Liberty Green.

We had initially sought to pursue other goals immediately after our formation (elements of a tenants’ bill of rights, for example), but the abuse and neglect perpetrated upon several of our members by CT Group — under the aegis of the LMHA, mind you — forced our hand in solidarity.

Scared by the sight of organized tenants, the city quickly tried to placate us with a small treat: Earlier this month, it was announced that the CT Group will stop managing 185 of its current city units on June 30. Plus, one of our union sisters was rehoused.

But as Malcom X said, “If you stick a knife in my back nine inches and pull it out six inches, that’s not progress.”

Two weeks ago, we met with LMHA Executive Director Lisa Osanka in a Zoom call to implore her to cancel the entire contract with this slumlord. To our disappointment, Osanka gaslit our members traumatized by the horrific living conditions allowed to fester in these supposed “public housing” redevelopments, even feigning ignorance of the material complaints filed with her own agency over the course of several years.

Lisa claimed that the city doesn’t have the power to end those contracts, but that the private investors of these “public” housing buildings do — a stunning admission by a powerful bureaucratic official representing a so-called democratic government.

Let us be clear: We don’t hate Osanka. We don’t consider her our enemy, even. But we do want her to feel a fraction of the discomfort that our brothers and sisters feel everytime their broken floorboards kick up strange dust and mold, or their building’s security doors stop working, or are generally treated like criminals in their own homes.

We hope that those who know Lisa can convince her to stand with marginalized residents in her charge, and to use her power to end this terrible contract with CT Group so that our members and countless other residents can live in safety and with dignity — just as all people everywhere should.

We also wish to stress to the public that the LTU isn’t a liberal protest movement, nor do we consider ourselves activists in the traditional sense. As such, we derive our power not from the state nor from individuals, but from the relationships we build and maintain with each other.

We are a disciplined, autonomous union dedicated to prolonged struggle against the forces of capital which dictate our public housing policy, our living conditions, our quality of life and our relations to each other.

We are a multi-generational, multi-racial, tenant-led organization dedicated to protecting and fighting alongside poor and working class tenants, and whose mission is to create housing for every tenant in Louisville that is safe, decent and permanently affordable.

We believe that housing is a human right, not a commodity.

We fight for an end to all evictions, and for community control of housing through the building of tenant power, whether you’re a traditional renter or a mortgage-paying “bank tenant” chasing an increasingly inflated white picket fence.

What we are learning from this struggle, right out of the gate, is amazing: After being told our entire lives that real change happens at the ballot box, our early success and the string of union victories blazing across the country have proven that there are other, more democratic methods of making our corners of the world a better place.

But this is only possible when we come together and organize, because no one else is going to do it for us.

If you or someone you know is having trouble with their landlord, or you want to help organize and empower tenants into a vanguard capable of changing their material conditions for the better, please contact us at 502-438-9048, email us at [email protected], or follow us on Facebook, Twitter and Instagram.