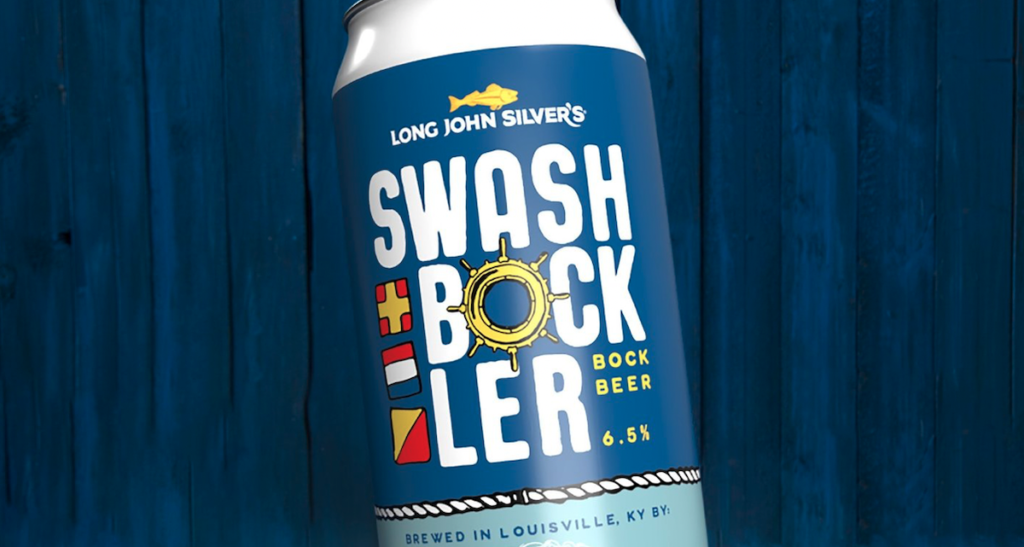 The Shwashbockler is a bock beer with notes of fresh bread, mild honey and lemon.Photo courtesy of Long John Silver's

Long John Silver’s partnered with Shippingport Brewing Co. to create Swashbockler, a beer, per a news release, “brewed with [LJS’] signature malt vinegar to celebrate the end of Lenten season.” In other words, pair it with your fish fry this spring.

It is the national seafood company’s first alcoholic beverage refreshment, and the beer itself is described as “a beautifully balanced German-style Helles bock beverage with a 6.5% ABV and filled with notes of fresh bread, mild honey, and a hint of lemon rounded out with a slight flavor of Long John Silver’s malt vinegar.”

“The crew at Shippingport Brewing Company represented the perfect opportunity to work with a local independent company to create a unique product for our guests to enjoy this Lenten season,” said Christopher Caudill, senior vice president, marketing and innovation of Long John Silver’s, in a news release.

“When this idea was brought to our team, we jumped at the opportunity to give back to our community,” said Amelia Pillow, founder of Shippingport Brewing Co. “When opening this business in 2021, my goal was to grow interest in the area, creating a space where people could swing by for a beer and engage with their peers right in their backyard. Adding Swashbockler to our inventory further drives that goal of supporting and promoting Louisville-based businesses.”

The origins of bock beer, and its significance to the Lenten season, date back to the Middle Ages when 17th century German monks engaged in fasts for the whole 40 days of Lent. No boiled crawfish, eggs, fruits, vegetables — they ate nothing. But how did they survive? By imbibing large quantities of a filling, calorie-rich beer that became known as bock beer. Louisville itself has a long history with bock beer, thanks to an influx of German immigrants in the middle 1800s.

Long John Silver’s Swashbockler is available on draft at Shippingport Brewing Co. and Sallyforth Taproom in Louisville and may make appearances at beer festivals over the summer.