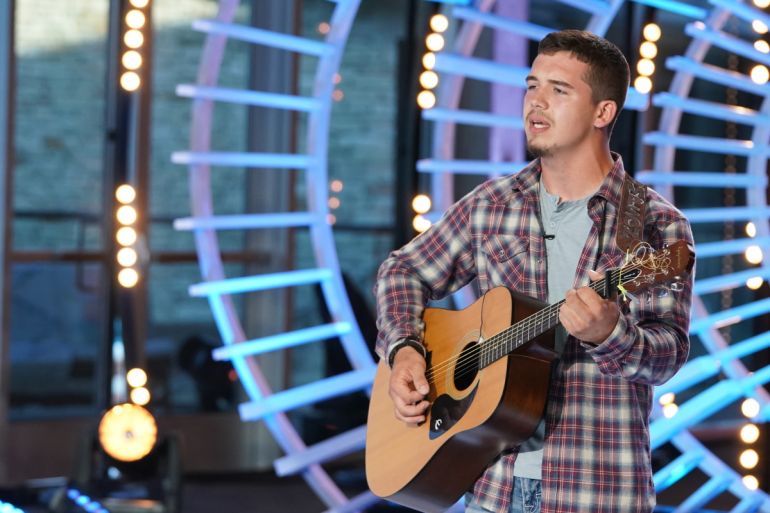 The votes are still out on whether Kentuckian Noah Thompson will be an “American Idol,” but he’s certainly a star.

Two months after the construction worker from Louisa, Kentucky, serenaded the judges with his rendition of “Giving You Up” by Kameron Marlowe, he has made it to the Top 10 of the popular singing competition.

The results were revealed on last night’s episode after Thompson stepped out of his country boots to sing “Heartbreak Warfare” by John Mayer.

Thompson addressed his prestigious placing in a Facebook post, “#top10 ??? Y’all are crazy, can’t even believe it.. thank you guys so much!! #americanidol.”