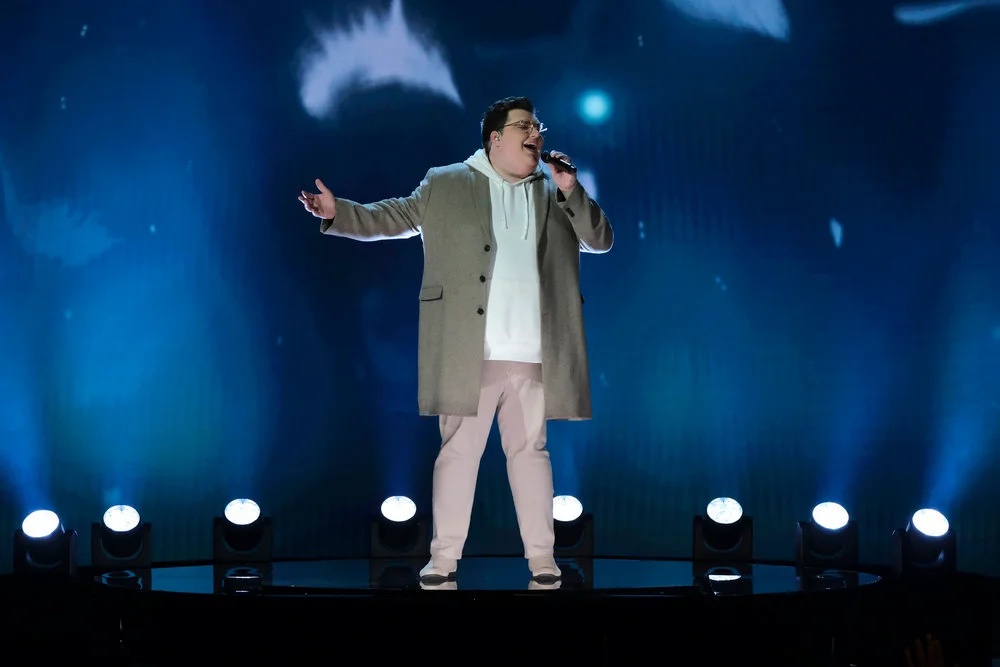 Jordan Smith beat out singers from 11 different states to move onto the semifinals of "The American Song Contest."Provided photo

Kentucky native Jordan Smith won Season 9 of “The Voice” in 2015, but now, he’s on another stage, representing his home state. As Kentucky’s performer on “American Song Contest,” Smith gets the opportunity to showcase his own songwriting skills, something he didn’t get to do on “The Voice.”

At a press conference on Zoom yesterday, Smith told a group of reporters about what it’s like to be on another competitive singing program and about his song “Sparrow,” which propelled him to the semi-finals.

Smith said that his career since his “Voice” win has allowed him to grow as a songwriter, and he appreciates the chance to perform a song of his own rather than covering songs by other artists.

“I think that has really sort of shifted my mindset,” he said. “Whenever you’re writing [a song for “American Song Contest”], you’re thinking, ‘Okay, I’m not just focused on giving a great performance, but I’m focused on writing a song that’s going to connect with people and that people are going to want to continue listening to and that’s going to actually be a successful song, even after the show.’”

Smith said the process of writing “Sparrow” was much simpler than people might expect: he woke up at 7 a.m. one day with the idea in his head, possibly from a dream, and immediately went upstairs to his writing room. He sat down at his piano, and “instantly, I just knew the chords, I knew what it should sound like, and I wrote the entire thing in about seven minutes.”

“It just felt like a moment where it came through me and not from me, if that makes sense,” he said. “It was just an inspired moment.”

He continued to work on the song with other writers and producers over the next two months and “ripped the song apart” before it became what it is now.

“It was a labor of love,” Smith said. “It was difficult at times to sort of pick apart this thing that I instantly loved so much. But it’s honestly really rewarding to be able to bring a song like this, that, it feels like either one of my children or something; it feels like it’s a part of me.”

“I’m very proud to stand on the stage and sing it, knowing how involved in the creative process I was,” he said. “This wasn’t just a song that some songwriters handed me and I got to sing. This is my song that I wrote on my own for my own heart, and so I’m excited to share it with everyone.”

Smith also disclosed an “American Song Contest” secret: in his debut performance on the show, in which he was wearing a hoodie and a tweed jacket, he was sweating so much that the crew put menstrual pads underneath his armpits and against his back to absorb the sweat. (They also cut off the sleeves of the hoodie.)

“It’s all about making the best television possible. If you can see sometimes the things that we go through to get on that stage and look our best and do our best, you would laugh,” he said.

Smith told reporters that he was proud to represent Kentucky on the national stage.

“It is such an honor for me to represent Kentucky. If you know me, you know that I am very proud to be from there. I’m kind of obsessed with Kentucky a little bit,” he laughed.

Being on “American Song Contest,” he said, “doesn’t feel like it’s about me. It feels like it’s about representing my people and being able to turn a spotlight on to a place that I feel so strongly about and that has made me who I am as a person, as an artist.”

“There’s so much talent and so many gifted people in our state,” he continued. “I hope that this gives those people an opportunity to look at me and just say, ‘Someone from my state, from my small town, from where I’m from, can do this, and it’s possible for me, too.’”

Smith will represent Kentucky in the Semi-Finals of “American Song Contest” on Monday, April 25, at 8 p.m., and you’ll be able to vote for him on TikTok, the NBC app, and at this link during the live show.