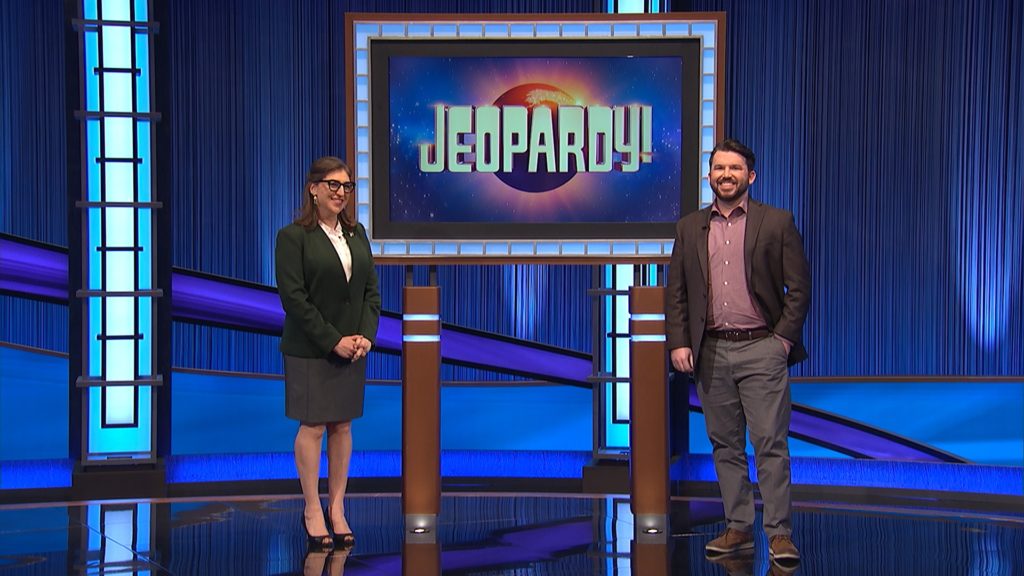 Roberts won in the Final Jeopardy! Round after host Mayim Bialik read the prompt: “Following a raid at this establishment in 1969, protesters confronted police by forming a Rockette-style kickline.”

Roberts correctly replied: “What is The Stonewall Inn?”

In fact, his next episode will air tonight on WLKY at 7:30.

JCPS Superintendent Marty Pollio tweeted a congratulations to Roberts and said he would be tuning in again.

JCPS has a Jeopardy! Champ! Congratulations to ⁦@FernCreekHigh⁩ teacher Evan Roberts who beat the reigning champ and will be back tomorrow. I’ll be watching again. #SmartTeacher #JCPSExcellence pic.twitter.com/hdy2HemBBt

Roberts announced in a Facebook post on Wednesday that he’d waited two years for the chance to be on “Jeopardy!” — he took the initial qualifying test online in January 2020, but he didn’t get to film last night’s episode until January 2022.