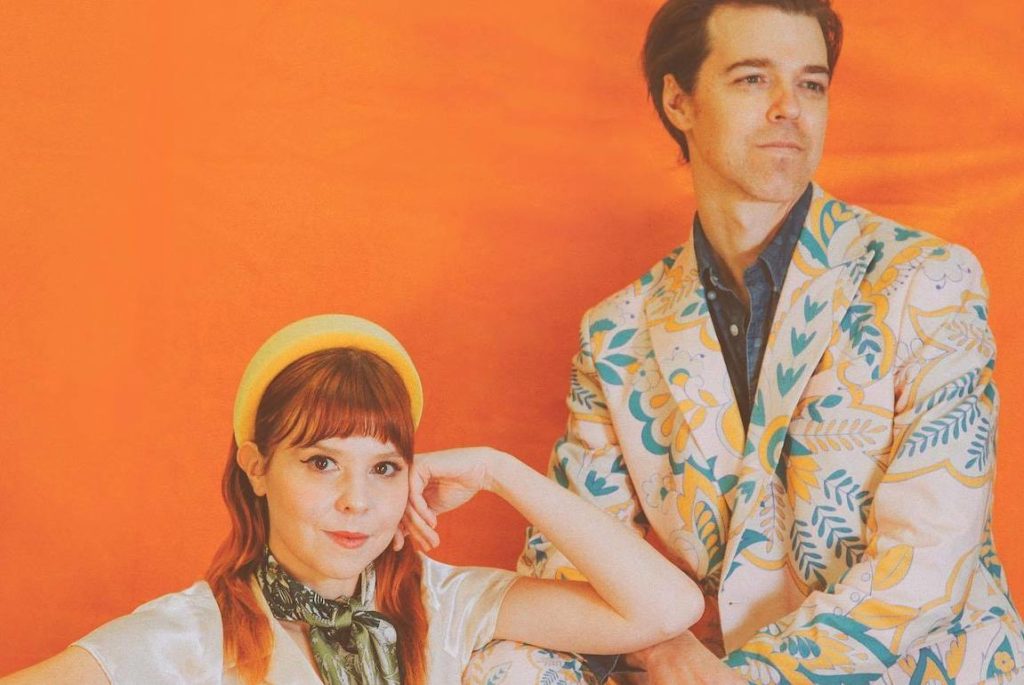 Love can often be a complex, nuanced monster, but that has in no way stopped bands from trying to distill it into three minute pop songs since time immemorial. To this end, Genevva, comprised of Jenni Cochran and Aaron Craker, have added their own contribution to this musical tradition with  the song “Isn’t It Lovely.”

“It’s about being in love and letting go of any hang-ups that get in the way,” Cochran said. “The lyrics came pretty quickly on this song. I really like words that sound good together, so I tend to use that as my guide. One of my favorite lines is in the second verse, ‘Sorry never cost as much as holding onto a past resistance,’ which is basically the idea that forgiving other people is really letting yourself off the hook. It’s funny to go back and break down your own songs because I feel like an outsider, too. I wrote this song about two years ago, so I’ve had a lot of space from it.”

“Isn’t It Lovely” is a soft dream of a track, waltzing in with a combination of bouncy keys and angelically harmonized melodies before melting into Cochran’s sultry drawl. While musically austere, the song is a masterclass in songwriting maturity, never rushing itself and — at just a shade over three minutes — is wise enough to know when to leave the party.

“I love songs that can grab you instantly with a vibe and a beat,” Craker said. “That’s what I was going for with the intro. Jenni’s melody made me think of an old doowop song. It had a throwback sound, so I thought it would be fun to contrast it with a more modern beat. We played around with different intros and several different tempos. We drove around listening to about 10 different versions of this song. I recorded an electronic drum beat on Pro Tools but decided to record drums at La La Land [Studios] because I wanted more of a live sound.”

“We wanted some old school “oohs” in the beginning to give it a throwback sound,” Cochran added. “I remember we spent a lot of time on the chorus specifically to make it pop more — we tried different things to figure out what would give it a ‘sound.’ We ended up settling on me singing the chorus in a more breathy, punctuated way to give it more of a soulful sound. The bridge we added last. I wanted a Bee Gees-type bridge because I was listening to them a lot at the time. I think I even subconsciously chose the line ‘Giving me life’ because it sounds like ‘Stayin’ Alive!’”

The song has also been especially instrumental in quickly elevating Genevva’s reputation as well.

“It took off on YouTube, unexpectedly,” Craker said. “A YouTuber named Aylou posted our song with some artwork, and overnight it had 20,000 views and lots of really nice comments. We woke up to messages from people all over the world. It gave that song and our album a lot of exposure that otherwise it wouldn’t have received. So we’re very grateful for that!”