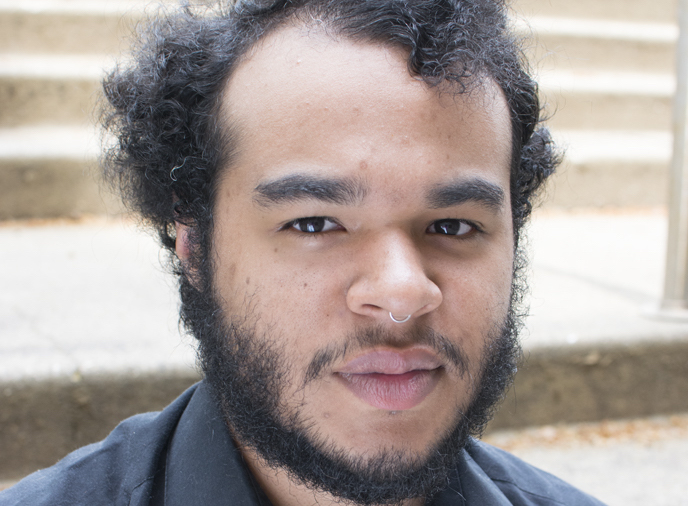 Derek Douglas Carter can be claimed by Louisville thanks to the UofL School of Music, where he received graduate degrees in both music composition and orchestral conducting. Carter has received international recognition for his work ever since his undergraduate career in Illinois, but his piece “Breonna’s Lullaby” has raised that level of recognition considerably.

“Breonna’s Lullaby,” inspired by the life of Breonna Taylor, was commissioned by the National Symphony Orchestra as part of its Cartography Project, a multi-year collaboration with the Washington National Opera that was designed to provide opportunities to musicians and artists of color, especially those from communities grappling with institutional race-based violence. LEO spoke with Carter about his musical career and the world of classical music.

LEO: Do you yourself play any instruments?

Derek Douglas Carter: I don’t perform anymore, but I was trained to play, like, low brass instruments.

And was that what drew you into composing and conducting?

I think, not really. I always kind of had a desire to write music even before I was ever classically trained. And I always thought that conductors were, like, super mythical creatures that I always wanted to be a part of, and so, as I was studying, I kind of gravitated towards becoming both conductor and composer.

When you create pieces, do you start with a conceptual idea? How do you build your music?

I generally start with a couple of ideas, some small ideas, and, like a seed, plant, then I just let them germinate for a while. Then finally, once I start having more ideas about those small ideas, I don’t want to pack too many concepts, too many ideas into one thing. So once those initial three ideas or so really start to grow into something worthwhile, that’s when I’ll actually start getting the pen to the paper.

Do you find that you enjoy composing music more for ensembles or do you gravitate more toward the solo performances? Or is it just a matter of the idea dictates the direction that you take?

Yeah, it’s very much the latter. You know, there’s some ideas that work really, really well for large ensemble groups and some ideas that need to be explored by a single person. But lately, I think I’ve been doing smaller ensemble pieces. I think chamber music has this intimacy that I’m really excited to explore.

What about the intimacy is exciting to you? What draws you to creating pieces that focus on that smaller kind of ensemble?

When an audience as they’re watching a group of musicians that connects so strongly with each other while they’re playing a piece of music. I think it’s a really powerful experience, and can help remind us of our own connections to the world and our own intimacies that we have with other people. And I think that’s like a building block to building communities. And I think, ultimately, and my goal of writing music, is to help build communities.

What do you hope to achieve as a conductor?

What do you think the arts could do to encourage more community building and move into spaces or engage people who have typically been shut out, maybe not intentionally, but just historically? What could you see taking place to change things?

That’s a tough question. I think getting to those communities sooner rather than later, you know, really starting young to immerse them in not necessarily music, but the tools of making music and allowing them to explore music making, both performing and conducting and writing from an earlier age, to really foster classical-style music into these cultures.