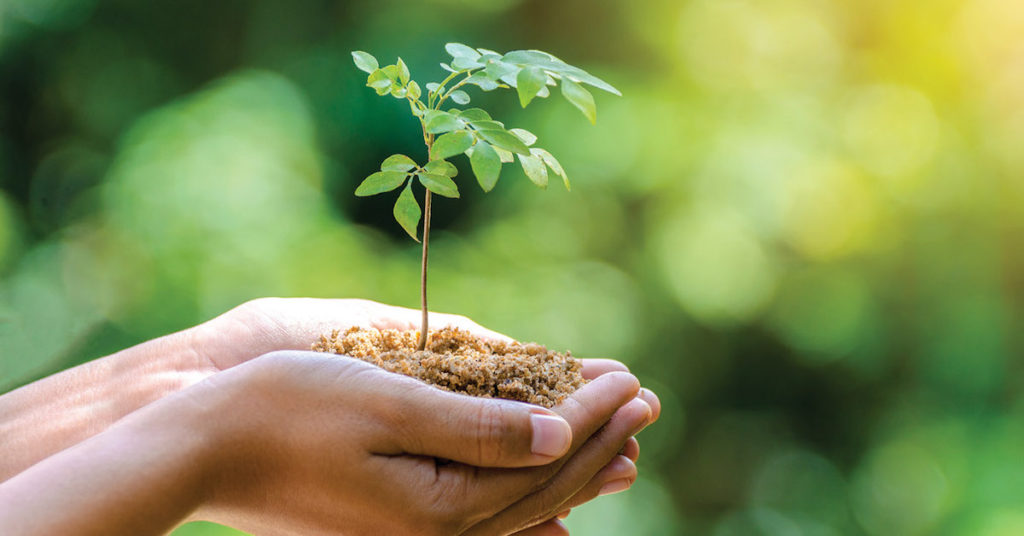 Personal actions actually have an effect on the environment, writes Jean Christensen

This year’s Earth Day celebration falls on Friday, April 22. Earth Day took shape when U.S. Sen. Gaylord Nelson realized that to correct the environmental devastation he witnessed in this country, it would take a groundswell of citizens aware of the need to protect the environment and ready to come together to express their admiration and love of nature. On the first Earth Day, April 22, 1970, 20 million Americans participated in organized rallies in parks, auditoriums, college and university campuses and on the streets, making it the “biggest secular gathering in American history.”  This led to laws protecting water, air and endangered species, and eventually to the creation of the Environmental Protection Agency. Earth Day spread internationally in 1990, and in 2016 the Paris accord protecting the global environment was signed on Earth Day. For the 50th anniversary in 2020, over 100 million people participated in the “largest online mass mobilization in history.” These are highlights of a now-extensive history, but every other year, it is usual, in some communities to celebrate for one day; in others, programs and actions are planned for the whole week.

While the back story of the development of Earth Day celebrations is replete with competing principles and complex characters, the guiding spirit for Earth Day activities remains the benevolent celebration of the planet. Children are central to the activities as they are encouraged to engage with nature. They are the future, of course.

This year, Earth Day is in a shadow cast by the recent report issued by the Intergovernmental Panel on Climate Change [IPCC] in which 278 scientists from 65 countries examined 18,000 sources. Their conclusion is that immediate and large carbon reductions are necessary to keep the global temperature from rising more than 1.5 degrees Celsius. Already, at a rise of 1.1 degree Celsius, we have had increased floods, hurricanes, wild fires and drought, and we may be approaching tipping points where the damage will be beyond repair. The two key factors driving all of this are our current lifestyles that warm the atmosphere, ocean and land, and runaway emissions from industrial agriculture, oil and gas production and abandoned coal mines.

You might ask, what can I do? First realize that your personal actions actually have an effect. Recycle glass, paper, aluminum, cardboard and plastic. Learn what those numbers in the triangle indicate, because some plastic cannot be recycled and it is harmful when it slips into the environment. Reduce your digital footprint; turn off your power strip and lights when you aren’t using them. Use public transportation when possible, choose an electric bicycle or car and buy offsets if you must travel by air. Support environmental projects. Eat fewer animal products, shop locally and don’t waste so much!

Visit the website of Kentucky Interfaith Power and Light for their lists “25 Steps Under $25” and “25 Steps Over $25.” Each item lists its CO2 reduction. If you purchase energy-efficient compact fluorescent bulbs for the lights you use the most, you reduce your CO2 production by 180 pounds per bulb. Louisville Climate Action Network also has many far-reaching suggestions, guided by the “Five Rs”: “Refuse, reduce, reuse, recycle, restore,” and the real message here is, “Don’t buy if you really don’t need it.”

Get full satisfaction from joining a group of like-minded people. Both Louisville Climate Action Network and Project Warm: Energy Conservation Associates list volunteering as a way to be involved. Many volunteer groups welcome newcomers with a variety of ideas and expertise. They include, for example, 100% REAL (Renewable Energy Alliance Louisville), which works toward 100% renewable energy for the city by 2040. Everyone in that group brings their own expertise to the project. The Louisville Sustainability Council works in tandem with Louisville Grows to develop greener neighborhoods. FIN (Food in Neighborhoods — check out their excellent website) is an umbrella group that identifies with all aspects of urban agriculture, including land acquisition. If food is not your thing, but plants are, you can look up the Louisville Nature Center, the Passionist Earth and Spirit Center, the Native Plant Society, or the local chapter of Wild Ones, which focuses on native plants and insects. If your interest is advocating for bicycling, check out Streets for People (formerly Bicycling for Louisville), or, the Falls City Community BikeWorks, Louisville’s nonprofit community open-bike shop where you can repair your bike or find a used one.

Beyond the local groups, we have chapters of national organizations that meet regularly, share information and advocate in Washington for specific causes. A portion of the meetings of the Audubon Society is devoted to local bird sightings and information about birding equipment; Citizens’ Climate Lobby (CCL) is focused on advocating for legislation pertaining to climate change; and the Sierra Club has local outings as well as a focus on threats to natural resources and wild sites. They are a powerhouse in Washington, D.C.

Perhaps the group of advocates facing the greatest challenge are those that are state-wide and deal with Kentucky regulations and laws. They tend to have professional leaders and include Kentucky in their name: Waterways Alliance, Conservation Committee, Resources Council, Student Environmental Coalition, Interfaith Power and Light. Last, but certainly not least, check out the Kentuckians for the Commonwealth, the most diverse, active and organized group of all. Finally, if all of this seems overwhelming, go for a walk in Bernheim Forest or some other woods, and enjoy the refreshing experience of “forest bathing.”

Jean Christensen is a member of the Louisville chapter of Citizens’ Climate Lobby, “a nonprofit, nonpartisan, grassroots advocacy organization empowering people to experience breakthroughs exercising their personal and political power.”