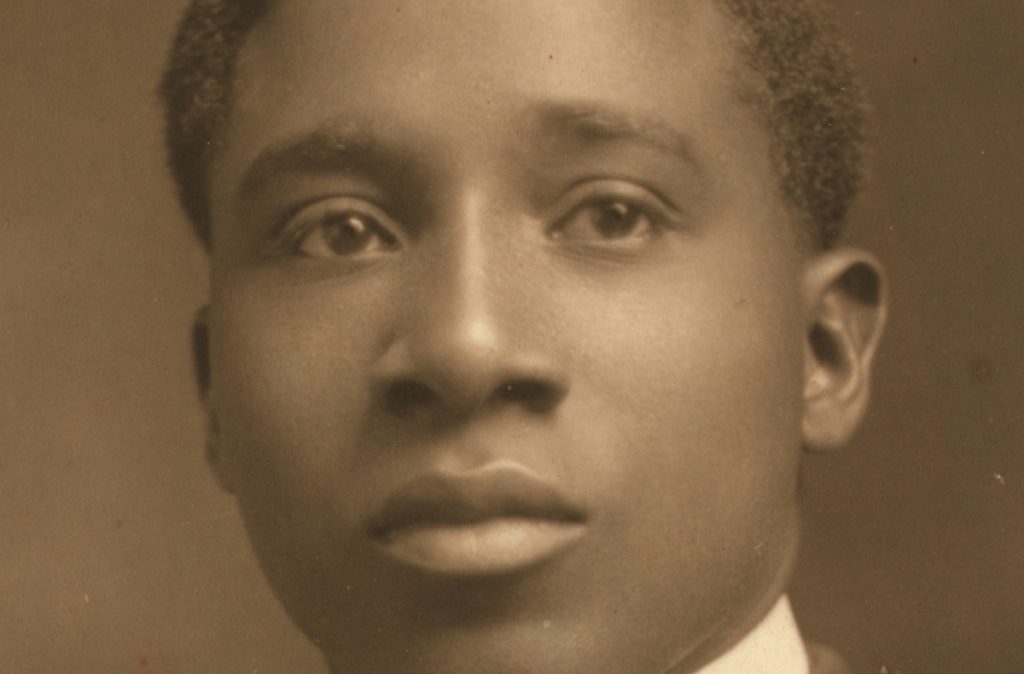 R. Nathaniel Dett's work "The Ordering of Moses" was heralded by the New York Times but faded out of play, it is said, due to a lack of support from the classical music community.

New York Times critic Olin Downes ventured to Cincinnati in 1937 to cover the annual May Music Festival, which was to be highlighted by the king-sized Berlioz “Requiem Mass,” performed by the host Cincinnati Symphony Orchestra and the festival’s mammoth chorus — assembled to present the work in all its power and enormity. Downes dutifully reported on the “Requiem,” but quickly turned attention in his review to a new work premiered on the May Festival program called “The Ordering of Moses,” written by African American composer R. Nathaniel Dett.

“Each of the May Festivals,” Mr. Downes explained, “advances a new work deemed particularly worthy of the festival audience’s attention.” And this one, he said, “greatly excited” the audience on hand. And the reviewer.

“The story is that of the passage of the Israelites led by Moses, and the triumphant song of Miriam, and the frantic rejoicing of a liberated people,” reported the critic. “The musical emblem and the predominant motive of the whole work is the great thunderous Negro spiritual ‘Go Down Moses.’”

But the glow of Downes’ New York Times review and the fervor of the May Festival audience did not last. The work was performed a few times after its Cincinnati triumph, but failed to catch on. Mr. Dett died in 1943, and “The Ordering of Moses” faded out of play. Mostly, it is felt, because it had no advocates in the classical music world.

In a new book called “Dvorak’s Prophesy,” author Joseph Horowitz explains that in mid-20th century America, “African Americans did not play in American orchestras, or conduct them, or perform concertos with them.” And, adds Horowitz, composers and conductors of the day were no longer interested in the roots of American music.

But that has changed.

Saturday night, in Whitney Hall, the Louisville Orchestra, under the baton of director Teddy Abrams, intends to revive the faded glory of  “The Ordering of Moses” as the centerpiece of a concert Abrams has titled “Reclaimed Treasures.” The symphony is joined by a full chorus and vocal soloists under the direction of Dr. Kent Hatteberg.

Also on the program are works by two Jewish composers who escaped Nazi Europe to find safety in the United States: Ernst Toch’s “Notturno” and “Violin Concerto in D Major” by Erich Korngold, the famous Hollywood movie composer. Assistant concert master Julia Noone performs the concerto.

What the trio of composers have in common, says Abrams, is they each experienced some kind of oppression in which the stage for their music was somehow denied them.

“It’s not just one era, it’s not just one people,” says Abrams. “It’s parallel stories of people around the world saying they love this music, but they don’t accept the people who create it.”

‘The melodies of enslaved peoples’

Dett was the grandson of an African American woman who followed the Underground Railroad to Canada to escape the tyranny of slavery in the United States in the years before the Civil War. The family succeeded in freedom and nurtured the talent and intellect of young Nathaniel Dett. Scholars credit Dett as the first university-trained African American composer. Rising through Oberlin College, with graduate honors at the Eastman School of Music and Harvard University, Dett became head of the music department at Hampden-Sydney College, in Virginia — just miles from where his family had escaped slavery two generations before.

As a music historian, Dett brought college scholarship to the collection and preservation of spirituals and slave songs, which he called “the melodies of enslaved peoples, who poured out their longings, their griefs, and their aspirations in one great spiritual language.”

“The Ordering of Moses” thus finds its footing in both classical music and African American song.

“Learning the music, it was easy to hear all that,” says Nick Finch, the principal cellist of the Louisville Orchestra. “There are places where the themes of the spirituals sound out like a Handel fugue.”

Downes heard it too, in fact feeling, “a more emotional treatment could have been given in certain of the solos and recitatives, done in the pale white fashion.”

But he loved Dett’s musical portrayal of  Israelites rushing through the parted waters of the Red Sea.

“Barbaric pulse and wordless ululations on the syllable ‘Ah’ over the thrashing and thrumming of the instruments portray the passage through the Red Sea,” wrote Downes. “An orchestral tone picture follows, intended to suggest the pursuing Egyptians, and their tragic fate.”

One can picture the scene in “The Ten Commandments.”

“It’s the Exodus story from the Old Testament, that is so closely connected to people of many faiths,” says Abrams. “The uniqueness of Nathaniel Dett is that his family insisted on him obtaining a very traditional white Western education, alongside Black culture. It’s the Old Testament, in a perfect overlap with Black music. And it’s so joyous to listen to, a beautiful piece of music.”

Another kind of escape

Growing up in Austria, Erich Wolfgang Korngold was composing operas as a teenager and appeared destined for classical music fame. But as the 1920s grew into the 1930s, Jewish musicians in Europe found their opportunities disappearing. Korngold sensed trouble coming and simply packed up and left.

In Los Angeles, he found film studios eager to sign talented musicians. And with his operatic theater experience, Korngold realized movie music could be more than background tinkling. It could help tell the story.

Korngold’s 1936 soundtrack for “Anthony Adverse” won an Oscar and signaled the arrival of a new cinematic era. Korngold built sensuous scores into important scenes — Errol Flynn sailing the Spanish Main in “Sea Hawk,” and making love to Olivia de Havilland in “The Adventures of Robin Hood.” The music followed Flynn up narrow stairways in wonderfully staged sword fights, and into the stolen moments of desperate lovers.

Other composers followed Korngold’s lead, many of them also refugees from European troubles. Dimitri Tiomkin, a Russian Jewish immigrant, scored “High Noon,” with its classic Western ballad “Do Not Forsake Me, Oh My Darlin’.” Alfred Newman won a shelf full of Oscars for movies as varied as “The Diary of Anne Frank” and “Camelot.”

“And Korngold was the pioneer of it all,” says Abrams, who sees the cinema as an important part of American culture. “The sad thing is that many of the great things these composers wrote — beautiful as they are — are not celebrated or played on symphonic stages, because that’s not how they were produced. It’s somewhat lost, unless you are a film buff — like me. I love movies.”

Korngold vowed he would continue in Hollywood until Hitler was defeated. It was how he felt he could do his part. With the war over, he nostalgically glanced back to his lost classical roots, penning a “Violin Concerto in D Major,” which includes themes from his most famous movie scores. Louisville Orchestra Assistant Concertmaster Julia Noone performs.

I have a pen

As a promising young composer in Germany, Toch was invited to attend an important music conference in Florence, Italy — which he did. But instead of returning to Germany, Toch gave his Nazi minders the slip and hopped a train for Paris. There he sent a telegram to his wife Lilly, in Berlin. The wire read: “I have a pen.” Lilly was waiting for the cryptic message, and immediately walked out the door with their daughter to join Toch in Paris. The family rushed on to London, then New York and finally Los Angeles.

In 1954, Louisville Orchestra director Robert Whitney commissioned Toch to compose a piece that was premiered by the orchestra and recorded on its First Edition label. The orchestra will perform that piece, “Notturno,” for “Reclaimed Treasures.”

The Louisville Orchestra, led by Teddy Abrams, will perform “Reclaimed Treasures” at Whitney Hall on April 30 at 8 p.m. Tickets are $32-70.