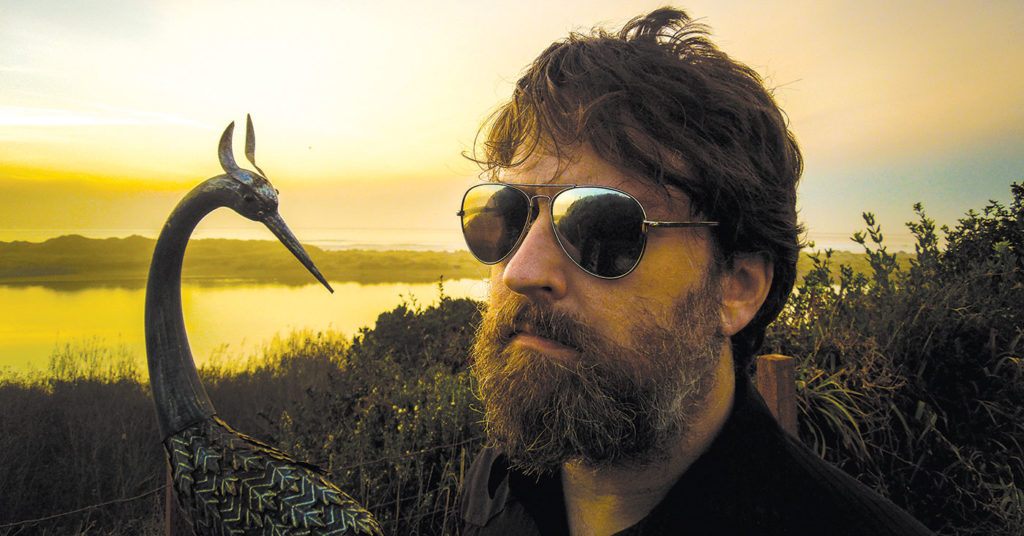 Ben Chasny of Six Organs of Admittance fame, has been forced to cancel the next several weeks of shows. We’re sad to say that means Louisville too since he was due to play here on May 12 at Zanzabar. Chasny had this to say on his website, “I’m returning to the blog to write a little bit about cancelling the upcoming shows. I will not be playing in Chicago, Detroit, Toronto, Nashville, Louisville, or St Louis, but I will be picking the tour back up in LA. I am very disappointed to be missing these shows and I do not take it lightly. Six Organs have never cancelled shows before.”

Chasny cited the risk of travel and navigating a way to keep himself and his family and others near him safe. He says that he will be following up soon with a virtual show available to those who were planning to see him on this tour.

LEO caught up with Chasny last month for an email exchange and even though we don’t get to see him live this time around, we’d still like to share the conversation with you. Note that at the time, the tour was still very much in play and we talked about the show as it was still happening.

If you’re interested, check out our previous chat with Ben Chasny in 2015.

LEO: Glad to have you coming back to Louisville

Intimate Landscape is released under your name and not Six Organs. Why is that?

It was partially because [the record label] KPM asked me to do it under my own name, but I also wanted to branch out a bit. The record is a lot less dissonant and weird than a lot of Six Organs releases so I thought it might be nice to just use my own name.

Tell me about your Hermit Hut label. Who are the artists other than Six Organs/your projects?

I started Hermit Hut to put out a record by a guitar player named Tashi Dorji. At the time I had sent his music to all my friends who had record labels and nobody wanted to put out his record so I decided I needed to do it myself. Fast forward to now when he’s putting out records on Drag City and touring with Godspeed You Black Emperor and I have to admit, I do have a bit of a smug “I told you so” attitude. But Tashi is the best. His style is very unorthodox and he’s incredibly creative and such a beautiful player. Plus, he’s just the best person. I also put out a fellow named Chris Smith from Australia who has a sort of Crazy-Horse-doing-a-western-soundtrack sort of vibe. So the label started to put out music I was interested in and then also act as a place where I could release older Six Organs records that I have regained the rights to, such as my For Octavio Paz record.

The new record feels very cozy and, like many of your works, somewhat introspective? What was your inspiration for this record?

Thank you. I was mostly concerned with trying to be melodic. It was also a bit against my nature to make music that could be considered “pretty.” My natural inclination is to do something slightly uncomfortable to throw the listener off. I also had this idea that, because the music was production music, which is often considered not as personal since it could be used on TV shows or whatever, I wanted to actually make music that was very personal and very from the heart. I guess I also knew that I would make a record out of it too, but my idea was to make production music that I put my feelings into, just to flip the script.

You have a very loyal and specific following. How has this sustained your work and kept you inspired to work?

Yes I’d say it’s one of the only things that keeps me going in terms of releasing music.  I don’t have a whole lot of people into my music so it’s the few people that have said something kind that keep me going. I mean, I’d probably still be making music and recording, it would just all stay in boxes and on the hard drive.

As Ben, I would like to find some sort of peace in a world that seems more and more determined to show me that entropy is the name of the game. As Six Organs, I’m not really sure. I’m working on some records now but I would like to perhaps find a more creative thing to do than just release them and tour on them, which is a plan that used to work for years but seems to be a bit broken now.

You’ve been to Louisville before, do you have friends on the ground or have you worked with any local musicians here?

Oh yes I love Louisville. My partner Elisa Ambrogio used to live there and she is actually a Kentucky Colonel. I’m a huge fan of Chris Abplanalp and Sapat, though I’ve never worked with them. I think the only person who lives there that I have worked with is Will Oldham, who was kind enough to invite me to be in Superwolf for a tour back in 2005. I also just participated in the duo record he did with Bill Callahan and other Drag City folks. Will taught me how to tour, really. He taught me to enjoy it.

What should a new listener expect coming to your show? The record feels very much like a blanket, tea and journal listen. Should fans come prepared to reflect?

For this tour I will be playing solo acoustic. I feel I should mention that because some Six Organs tours are very loud and electric. Not this one! Very mellow. I would actually prefer it if people did not reflect. There’s too much reflecting going on. I would prefer daydreaming.