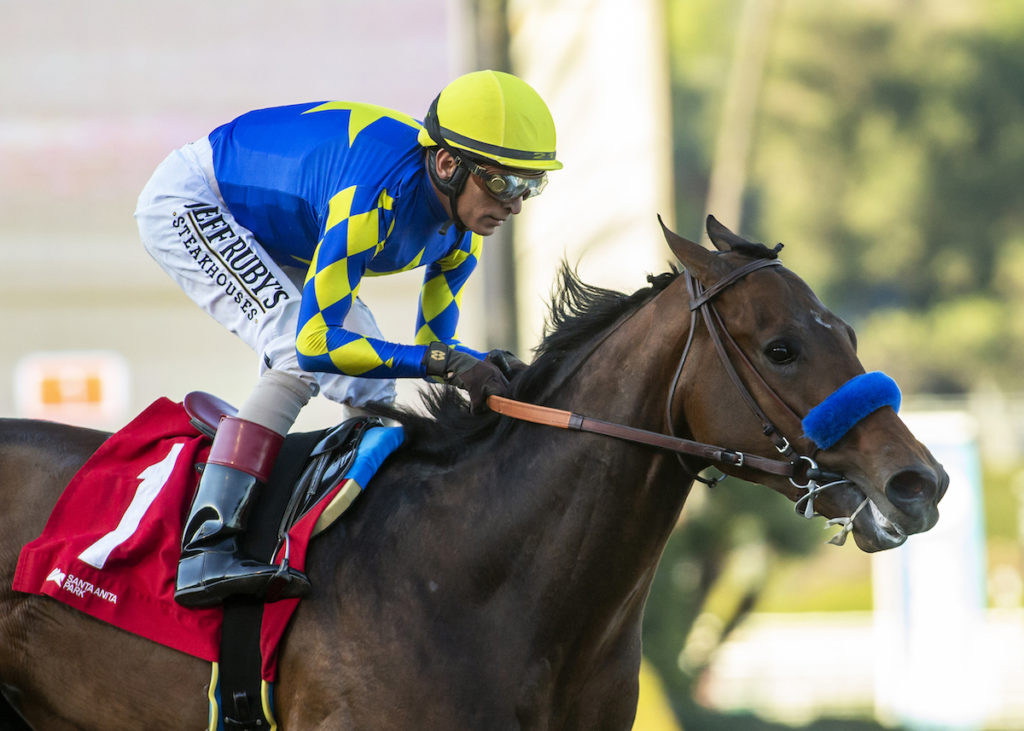 After a string of cockeyed Kentucky Derbys that ranged wildly out of the norm — with an empty grandstand one year because of the pandemic, a Derby run in September, the wettest Derby Day in history another year and two disqualifications that roiled the thoroughbred racing world, it looks like (keep your fingers crossed) the coming 148th Run for the Roses might finally be coming up roses.

The way it should be.

Certainly everyone is ready to get out and have fun, and ready for a special spring day on the first Saturday in May. Been cooped up too long. Lemme have one of those mint juleps.

And if it comes up a wing-ding Kentucky Derby race, that’ll be even better.

The good news is the Derby horses might be as ready for the Derby as Derby people.

It looks like a sharp field of 3-year-old thoroughbreds is set to contest the 2022 Kentucky Derby.

Not merely the survivors of the annual Derby prep points race that determines the field, but succeeders, who’ve looked good winning and running second in the traditional races leading to the Kentucky Derby. That’s not to say this bunch is the best field in years. Or there’s a Barbaro or American Pharoah among them. There’s no riveting rivalry like Affirmed and Alydar. But how many Derbys have that?

But we do think it’s a Cracker Jack field, competition-wise. Plenty of contenders to handicap, and all the picks ridden by top jockeys.

Interestingly, as many as six different trainers will start two horses in the Derby, and there’s one trainer with three. Which means the top stables, with the most vaunted prospects, have had the most success in the races leading to the Kentucky Derby. The names are familiar: Todd Pletcher, Steve Asmussen, Chad Brown, Kenny McPeek, Brad Cox — he’s the one with three. Bob Baffert, who is suspended, transferred his two top prospects to trainer Tim Yakteen so they would be eligible for the Triple Crown.

To this handicapper, it means the talent is concentrated. And there will be action.

Most folks, when asked about last year’s 2021 Kentucky Derby will remember it for the disqualification of the winner. What I will remember, as well, is how uncompetitive a race it was. The horses that finished 1-2-3-4 huffed along in that order all the way down the homestretch — none of them good enough to pass the one in front of it.

This won’t be like that. These horses are better.

Broadly speaking, I look for the race to revolve around Epicenter, the likely betting favorite. Epicenter is a Type-A personality, a front-end powerhouse who will come out of the gate looking for the lead. Or at least to be near it. He’s piloted by Joel Rosario, the Eclipse Award-winning champion jockey of 2021, so if Epicenter is willing to “rate” a little, Rosario might be able to sit just behind some speed horses and wait for the moment to go.

But it might not be all that easy for Epicenter. We see Zandon, the Blue Grass Stakes winner, as a major challenger, coming from off the pace. His rider is Flavien Prat, who has a knack for being in the right place in a race. In the Blue Grass, Zandon was near the back. Coming to the far turn he was last for a stride or two as Prat let some others go wide. The horse was ready to go, and Prat found just the right path — inside horses, between horses, then outside to arrive at the stretch in position to step on it. Kind of like a turf horse does, sprinting down the stretch to victory. He’s a handy horse, though not distance bred.

Messier did not win the Santa Anita Derby. Stablemate Taiba ran by him in the stretch. But we doubt Taiba, who made his first start March 6, and has only run twice, will be up for a mile-and-a-quarter in the Kentucky Derby. But Messier might be. Named for the hockey star, Messier hails from the Raise a Native sire line that has led the Derby for decades. Since this is originally a Baffert horse, some fans mad at Baffert might not wish to back Messier. One understands the sentiment, but the horse knows nothing about it. John Velazquez rides.

I thought the Wood Memorial Stakes, in New York, was the most impressive prep race. For one thing, it was the fastest 1 1/8 mile prep, and it usually is one of the slowest. The final quarter mile was also the fastest of all the preps. In the race, Early Voting led to the final strides when Mo Donegal got up to nip him. I thought Early Voting “needed” the conditioning of the race and would improve. Plus he’s got a terrific name. I mail in a few ballots every time I think about him. But he may not start in the Kentucky Derby. Mo Donegal looked especially sharp coming on to win. Could be my No. 1 pick, but I am leery of his pedigree to get the Derby distance. Of course, I’m leery over most pedigrees these days.

That’s my top four: Epicenter, Early Voting, Mo Donegal, Messier. They’ll be popular with readers, too. I’ll pick one (or another) after seeing how they train over the Ancient Downs coming to the Derby.

After that, the top suspects include White Abarrio, the Florida Derby winner, who is a whiter shade of gray. One commentator said, “I love the way this horse just scoots over the track.” He’s light-footed, that’s for sure. But he’s only raced in Florida.

Charge It was a stretch-running second to White Abarrio in the Florida Derby. Charge It is kind of a cool name, harkening back to 1985 Derby winner Spend a Buck.

Smile Happy is an interesting horse, owned by the Mackin family of Louisville. Smile Happy won the Kentucky Jockey Club Stakes at Churchill Downs last fall, so you know he likes the track, and has some chest on him. He was second to Epicenter in New Orleans and second to Zandon in the Blue Grass, at Keeneland. Which pleased trainer Kenny McPeek, who says he’s planned all along for Smile Happy to be at his peak in his third start of the season — on the first Saturday in May. Promising pedigree.

Cyberknife won the Arkansas Derby, and looked like an improving horse, as well. But I’m kind of not on the bandwagon for him as much as another horse in trainer Brad Smith’s barn named Zozos. The horse is named for a restaurant somewhere down in the Caribbean — which we could visit if he wins. Maybe 30-1.

Finally, there is Crown Pride. A grandson of 1989 Derby winner Sunday Silence, bred in Japan. Crown Pride took the long way to Louisville. Rather than hopping east over the Pacific, he followed the sun west to pick off the UAE Derby in Dubai, picking up enough qualifying points (and plenty of money) to fly on to Louisville. He’s been here training quietly for several weeks. French rider Christophe Lemaire flies in to ride.

Of the rest, we should mention Simplification and Tawny Port, because … well, I’m not sure why. But either would serve well filling out a five-figure trifecta.

Hope we get it right.