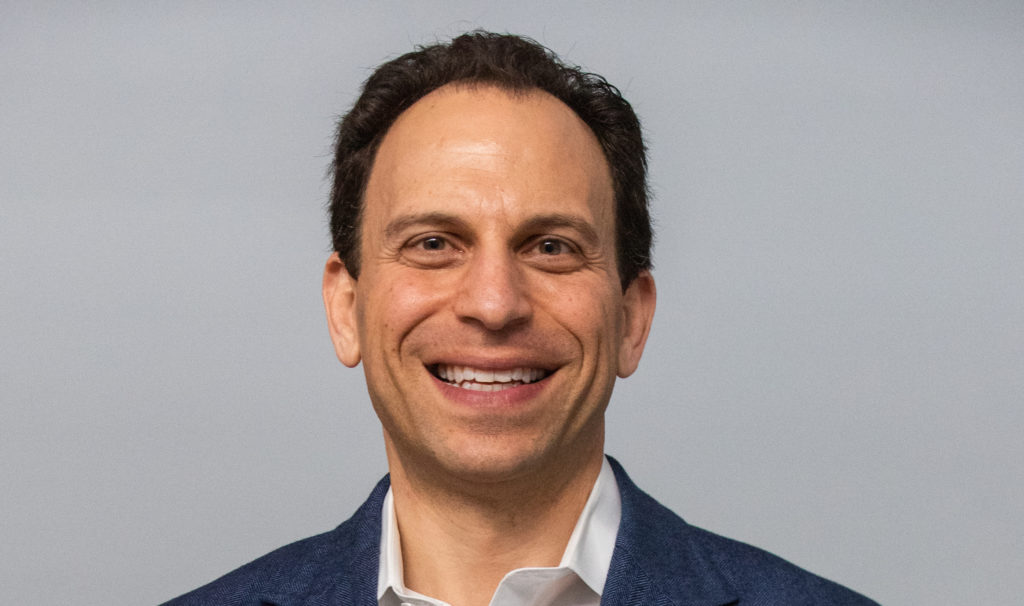 Craig Greenberg is the candidate for Louisville mayor who has raised the most money so far.Photo by Carolyn Brown

These columns are part of LEO’s package on the 2022 mayoral election in Louisville.

Why You Shouldn’t Vote For Craig Greenberg

James Baldwin said it best: “I do not know you personally, but I know you historically.”

When I hear your name, it reminds me that wealthy white liberal men in this city get away with being cowards. How dare you claim to fight for Black lives when your staff and volunteers tell Black women to shut up? Like when organizer Jessica Bellamy was told by Lacy Smith (a white man, husband to your campaign chairwoman) to shut up when she expressed concerns of your gentrification practices.

You didn’t seem that forthcoming in our initial conversation about the TIF district at a 2021 community conversation panel that many West End residents (especially Black and housing insecure neighbors) didn’t want. My takeaway was that you were totally willing to ignore the 61% of West End residents who have no protection under your policies and practices. Your tone-deaf TIF allows wealthy developers to remake the West End in their image and ignores the eviction crisis. Under a Greenberg administration, most of my family and half of my neighbors would be at risk for eviction. It was even more alarming to read through some of your history after I learned you were running for mayor:

When you were CEO of the 21c Museum Hotels, Black women were treated poorly while the company profited from Black art. In your Durham location, Black women are paid substantially less than their white counterparts for the same work. There are reports of racism and sexual harassment.

Your Whiskey Row and urban revitalization does not feature Black-owned companies. Speakeasies were historically created and popularized by Black folks who couldn’t get into segregated clubs. The speakeasy Hell or High Water is a watered-down version of what could have been a historically significant business. Hannah Drake’s recent (UN)Known project demonstrates the erasure of Black enslaved folks who walked what is now downtown as they were sold into slavery. Your initiatives ignore that history and this willful ignorance is unforgivable. (It is also the main reason I know your calls for equity are just efforts to pander to Black folks rather than support us with concrete action.)

According to WFPL, you said that you “would build 15,000 new affordable housing units in [your] first term.” You didn’t specify a target rent, though, so the claim holds no weight. While you refused to disclose your net worth to me when we met, you’ve been a multi-million-dollar developer for decades. So why haven’t you started an affordable housing development in the city already? I’d guess that your net worth is more than 10 times greater than mine, but even I as a single mom have an affordable housing unit rental. My tenant pays less than $800/month for a 4BR 2BA home. The market rate on the property is closer to $1,300. What’s your excuse? My suspicion is that affordable housing has never been a priority for you and anyone who believes in your baseless promise on this issue will be disappointed, the same way people who believed Fischer on his climate justice initiatives were disappointed.

I don’t want to leave out your campaign chair Barbara Sexton-Smith. She was elected as District 4 council-person in 2016. In a wildly inappropriate declaration, she famously proclaimed, “When we talk about Blackness … there is Black color, there is Black culture, and there is Black consciousness…I’m obviously not of Black color, I’m obviously not of Black culture. I am Black consciousness, yes I am.” No she’s not. She may have awkwardly done the electric slide at cookouts in the West End, but under her reign as District 4 councilwoman, slumlords in her district neglected and terrorized tenants to the tune of tens of thousands. (Try saying that ten times fast.) Under her watch, the median income for Russell dropped from $20,400 in 2017 to about $15,000 in 2020. By comparison, the city’s overall median income was $53,436 according to the 2019 Census. Hundreds of Beecher Terrace residents were removed from their homes when the city demolished 800 units and only guaranteed that 52 on-site units would be set aside for low-income Beecher Terrace residents to return. Today, many of the displaced tenants are still unhoused. So forgive me if I am not swayed when she emulates a Southern Black Baptist preacher for the sake of our vote. Her version of Black consciousness is symbolic at best. At worst – it is the same okie doke that white Democrats have used to secure the Black vote before abandoning us.

Being a Democrat and shouting hallelujah in the hood are not enough of a reason to vote for you or believe in Sexton-Smith.

Graig, (not a typo), this is now part of your legacy, too.

Black people, immigrants, poor people, white people, middle-income families and basically everyone who is not a developer or the police or a six-figure income influencer will lose a lot with you as the democratic nominee for mayor.

Your history indicates that you would happily sacrifice the livelihood of our most vulnerable Louisvillians — renters and housing insecure residents.

Segregated cities like Louisville yield lower revenue. Under your tenure, we will remain segregated because you have never made a significant investment in critical race theory or dismantling structural inequity — in fact, you design systems that fuel discrimination. Diverse companies produce 19% more revenue, but you don’t have the vision to integrate this city.

Anyone in the East End who ever had a Black Lives Matter sign in their yard or window should refrain from giving you their vote. Your non-stance on police brutality and state violence is indicative of the same color blind gentrification policies that led to Breonna Taylor’s death.

At any point, did you ever stop to think, “Am I the right person for this? Should I instead help elect the first woman mayor or the first Black mayor or the first Latinx mayor or the first mayor with a median income below $20,000?” You told me to my face that you “Support a Black woman being mayor,” but there is a Black woman running and you…chose to continue your campaign. You volunteered Black Market as an example of food justice initiatives you support, but you’ve never even shopped there (though to be fair, when I brought that up, you promised to shop there the following weekend). Here’s my question, though — why are you taking up space in a city where wealthy white men like yourself are already silencing Black and disadvantaged people?

This is important to me because my son has had to live through Greg Fischer’s Louisville. Breonna Taylor didn’t survive Greg’s Louisville. Some housing insecure residents likely won’t survive your administration. I’m just a mother who understands how your behavior hurts our children. I wish you would do the right thing, but I can already tell that money matters more to you than justice.

Marinate on these words from poet Hannah Drake:

“The architecture and atmosphere is constructed in such a way that I know, and we know that these are not our spaces.”

Raising the most money doesn’t impress me — it’s not surprising that a millionaire has rich friends and allies. We see you following the same path as Fischer, and in this city that has worked well for white politicians. Nice, non-confrontational rich white guys get away with so much in Louisville. That stops now. We will have our first Black mayor in Louisville. We will not praise you for the bare minimum. We will win.

Shauntrice Martin is an activist, community organizer, lobbyist, founder of Feed the West and founder of the Black Market, KY.

Why I Support Craig Greenberg

Last summer, when I announced my support of Craig Greenberg to be our next mayor, I got a lot of questions. Why was I endorsing so early? Why Craig? Did I think Craig was capable of bringing the kind of change I thought the city needed?

My answer to everyone who asked was pretty much the same. I told them for me this was an easy choice.

I’ve known Craig for many years, and I’m happy to call him a friend. He’s honest, smart, creative and one of the most energetic people I know. He listens. I truly believe he wants what is best for everyone in our city. And, most importantly, when our city faces tough times, I trust him to do the right thing.

Right now our city is facing what I believe to be a crisis of inaction. We know what many of our problems are and what’s causing them but, for too long, we’ve had some who seem content to just study problems, make promises and then fail to move forward. I think it’s past time we had someone in the mayor’s office who can change the worn out pattern of watching and waiting as our problems grow. I think Craig is the person who can get it done.

What makes an individual successful at public service is a willingness to listen to every voice and concern, collaborate with those ready to do the hard work and put together a plan of action to get things done. From what I have seen so far from Craig is that he has what it takes to be a successful leader and not even for a minute have I questioned my decision to endorse him.

I’ve worked with Craig as he has held dozens and dozens of public meetings in every neighborhood of Louisville listening to citizens who are worried and scared about our city’s future and for the safety of their loved ones and neighbors. Together he and I have met with community leaders, clergy, law enforcement, physician and mental health professionals and so many others who all want the same thing — a safer city, more opportunity and a good place to raise their families.

From these meetings Craig has pulled together a real plan I think is not only actionable, but what our community needs. I don’t say this lightly. As a former police officer and longtime member of the Metro Council, I think I’ve got a pretty good understanding of when someone is just telling me what I want to hear. I believe in Craig’s plan to help our city thrive and, when I read it, I saw in it the concerns of hundreds of Louisville residents that he and I have met with.

When Craig says he’s going to build 15,000 new affordable housing units, I believe him because I know he’s met with advocates from across the city and understands our city’s housing crisis.

When Craig says he’s going to start a program to make universal pre-K a reality for every child in Louisville and give them a jumpstart on educational achievement and school readiness, I believe him because I know he’s met with educational leaders and put together a plan that finances the program.

When Craig says that he will do what’s right for working families, I believe him because he has earned the trust and endorsement of eight of our city’s largest organized labor unions representing tens of thousands of working men and women.

And, most importantly, when Craig says that we can help solve our violent crime crisis, I believe him because I know he is committed to and understands the effect that violence is having on too many of our streets and in too many of our homes.

Louisville is in a tough spot right now, and no one person can secure our city’s future by themself. It’s going to take a leader who is ready to make it work by working together, and I believe Craig Greenberg is that leader.

David James is the president of Louisville Metro Council.