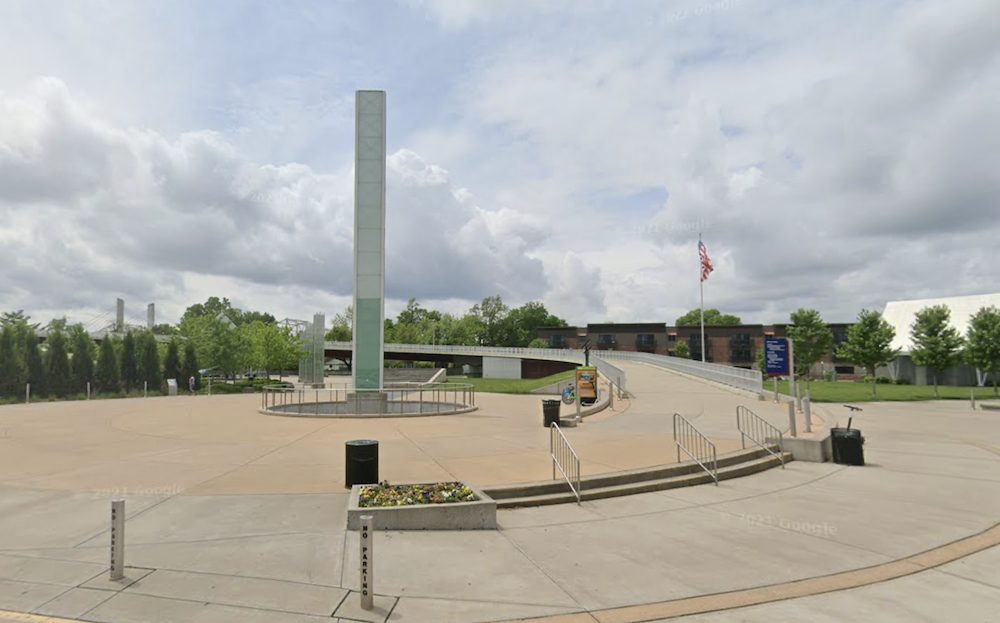 A white nationalist group called the Hoosier Nationalists has posted a flyer saying they plan to march in Jeffersonville on Saturday.Photo via Google Street View

An Indiana branch of a white nationalist hate group is planning a White Lives Matter march this Saturday in downtown Jeffersonville.

The Hoosier Nationalists posted a flyer to their Telegram channel advertising what they called a “peaceful march,” at 2 p.m. March 12, which they say will also involve handing out flyers. “It’s time to take a stand,” the poster reads. 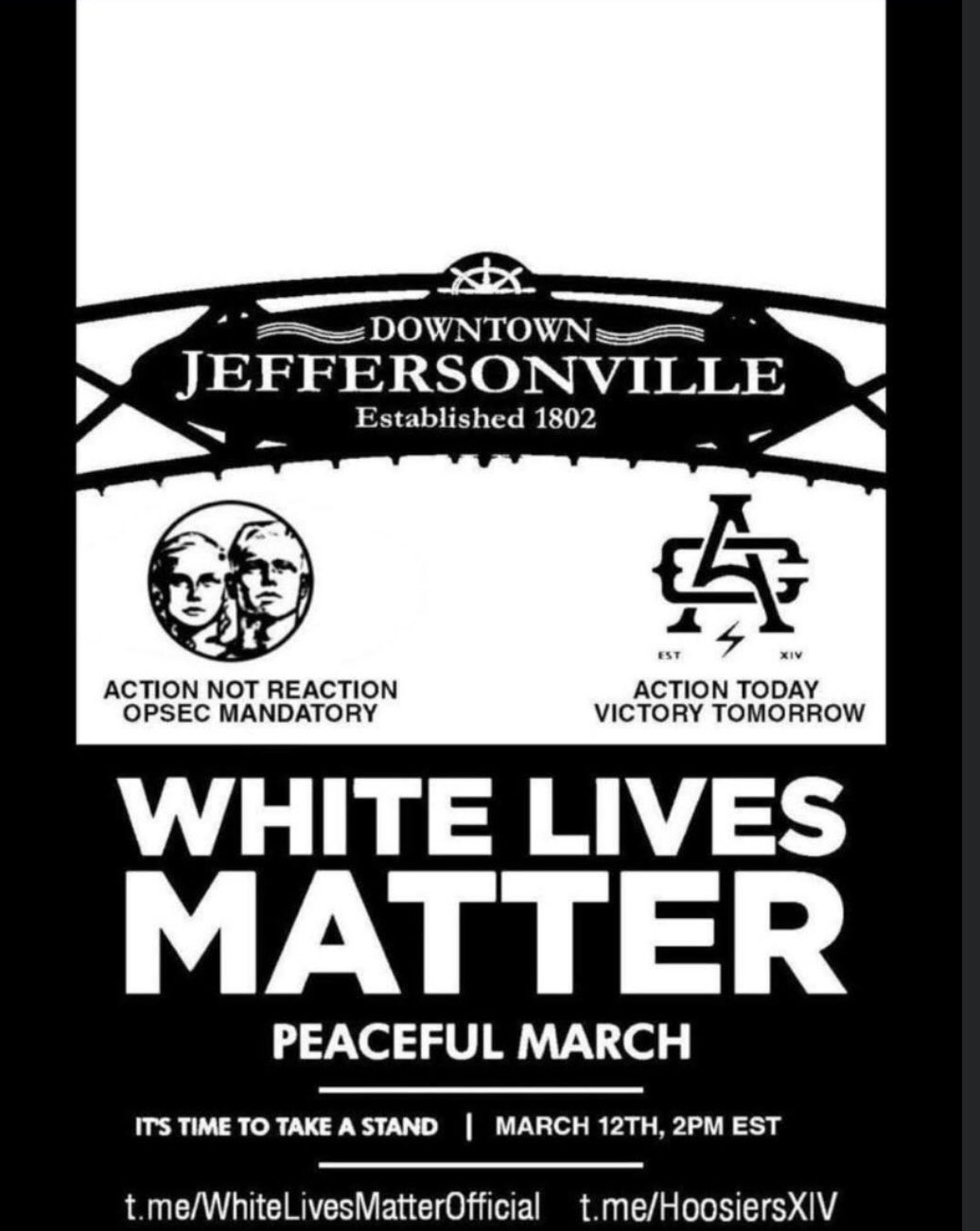 Jeffersonville Mayor Mike Moore said that the city will prepare for the event but he believes the group is not well organized or large.

“We’re preparing for anything, but [I] seriously doubt this this group has any organization,” he said. “We’ll be ready for whatever but just looking at the past with this group, it’s just another frivolous group.”

LEO reached out to the Active Club for confirmation that they were hosting Saturday’s event. They responded with the phrase “me ne frego,” which means “I don’t care” and was a motto for Italian fascists.

The flyer for Saturday’s event also bears the logo of a group that calls itself the official White Lives Matter organization.

Other “white lives matter” events in cities across the U.S. have been failures, with few white supremacists showing up.

Southern Indiana has been the site of other rallies by white supremacist groups, although none in Jeffersonville in recent years. In August 2019, the Honorable Sacred Nights of the Ku Klux Klan attempted to host a “kookout” in Madison, Indiana but were run off by counter-protesters.

When asked whether the ideologies of the groups coming to Jeffersonville are unwelcome in the town, Moore said, “I couldn’t even tell you what values they’re espousing, but this whole world needs to stop spreading hate. I’ll just leave it at that.”