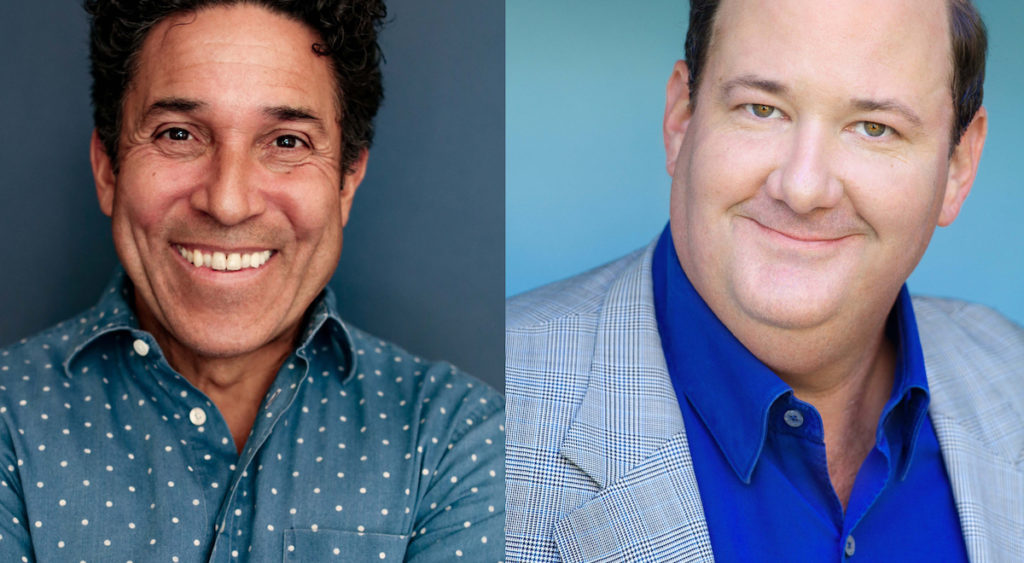 Oscar Nuñez and Brian Baumgartner, who both played characters in 'The Office.' | Photos provided.

Actually, it’s Brian Baumgartner and Oscar Nuñez, who played Kevin Malone and Oscar Martinez from “The Office,” and they are coming to the Hanover College Campus as part of the Hanover Enrichment Series.

The event will take place, live and in-person, March 31 at 7 p.m. at the Collier Arena. There will be a moderated conversation, taking audience members through special moments from the show. There will also be an opportunity for audience members to ask questions. Tickets are available now.

For the rare punkin who doesn’t remember, “The Office” is the much adored mockumentary about working in the offices of paper company, Dunder Mifflin. It was and remains one of the most viewed and popular shows in television history.

Kevin Malone (Baumgartner) was a lovable but socially-challenged member of the accounting team. Oscar Martinez (Nuñez) was also part of the accounting crew and was the oft sarcastic and impatient gay, Mexican member of the team. His being gay and Mexican, as well as Malone’s odd and out of sync behaviors were often topics of discussion in the show, which made light of the many uncomfortable conversations people of any ethnic, social or economic background might face at work or otherwise. No one was spared. It’s part of what made “The Office” revolutionary. The unspoken discomfort was always in the spotlight and as a viewer, you had to share it with the characters.

As Oscar Martinez put it in the show, “What exactly is my responsibility here? To comfort an insecure, heterosexual man? That can’t possibly fall to me.”

The show often challenged the notion that straight, white men should always be comforted or centered by the rest of us. Sorry, Michael Scott.

Here’s more about the careers of Baumgartner and Nuñez from the press release:

Baumgartner received many honors for his role as Kevin, including an Emmy Award and two SAG Awards. He currently voices Walter on Netflix’s animated show “Trash Truck” and his television credits also include regular appearances on Amazon’s “Hand of God,” Turner Network Television’s “Good Behavior” and DreamWorks Animation’s reboot of “Mr. Peabody and Sherman.” In 2020, he starred in the feature films “My Boyfriend’s Meds” and “Electric Jesus.” Last year, he was featured in Paramount’s animated film “Rumble.”

A New York Times best-selling author, Baumgartner published “Welcome to Dunder Mifflin: The Ultimate Oral History of ‘The Office’ last fall. He earned a Webby Award in 2020 as producer and host of the Spotify-exclusive podcast “An Oral History of the Office.” He currently serves as host and executive producer of his new podcast, “Off the Beat with Brian Baumgartner,” on iHeartRadio.

Nuñez earned multiple awards for his portrayal of Oscar on “The Office,” including an Emmy Award, two SAG Awards, an American Latino Media Arts Award, TV Land Award and an Impact Award from the National Hispanic Media Coalition. He was also nominated for an Imagen Award for his work in the Netflix situational comedy “Mr. Iglesias.”

Nuñez co-created and starred in his own Comedy Central series “Halfway Home,” and was a series regular on the USA Network legal comedy “Benched” and the Turner Broadcasting Station (TBS) science-fiction comedy “People of Earth.” He has guest-starred on numerous television shows, including “The Goldbergs,” “Curb Your Enthusiasm,” and “It’s Always Sunny in Philadelphia,” among many others. His film credits include such movies as “The Italian Job,” “The Proposal,” “The 33” and “Baywatch.”

Nuñez can soon be seen in Disney’s upcoming “Enchanted” sequel “Disenchanted” and the Paramount feature “The Lost City.” Both films are scheduled to be released this year.