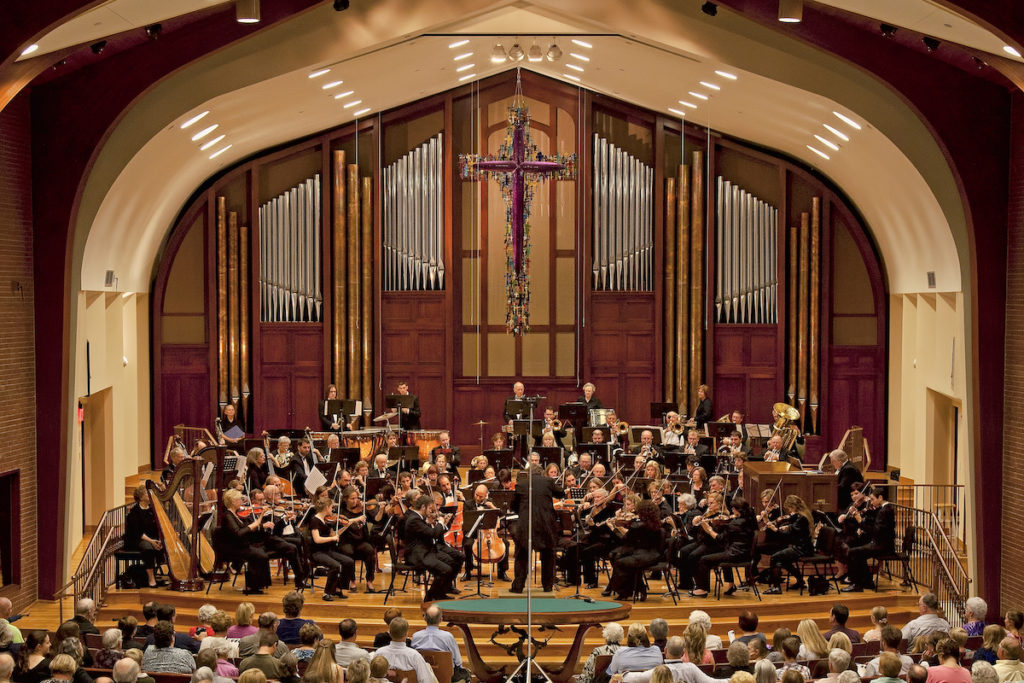 After two years without shows, the Louisville Philharmonia will return to the stage this month.

The Louisville Philharmonia, also called “The Musicians’ Orchestra,” is an entirely volunteer-run orchestra made of part-time and full-time musicians. It had its last “real” concert in December 2019. Like nearly every other performing arts group, the group went dark during the peak of the pandemic.

But on Friday, March 11, the Philharmonia will return to the sanctuary of Beargrass Christian Church (4100 Shelbyville Road) for their Winter Concert, a free, no-ticket-required event that will spotlight three works of famed Czech composer Antonín Dvořák: “Carnival Overture,” “Symphony No. 6 in D major” and several pieces from “Legends.”

The concert will also (albeit unintentionally) mark the group’s 10-year anniversary.

Shelley Chapman, who plays french horn with the Philharmonia and also serves as their press manager, told LEO that one of the works on offer also subtly parallels the pandemic. The Philharmonia didn’t choose the piece for that reason, but it happens to be a lucky coincidence.

Dvořák’s “Carnival Overture,” she said, was written to “celebrate life, and I think that that’s sort of apropos for the last two years that we’ve had.”

She described the last two years as being somewhat “in the Twilight Zone,” due to the uncertainty about when the group would be able to reconvene. The Philharmonia had considered having a Christmas concert last year, but they decided against it because their roster includes members who range in age from high schoolers to seniors, and some members are immunocompromised. They felt it was safer to refrain from an event with “so many moving parts.” Now, though, the musicians are very much looking forward to “getting back together safely.”

Still, even over two years of difficulty, the Philharmonia’s numbers have stayed strong: when the group was established in 2012, they had 30 members; now, they have a roster of 150-180 volunteer musicians, Chapman estimates. In fact, they’re even accepting new members who play string instruments. 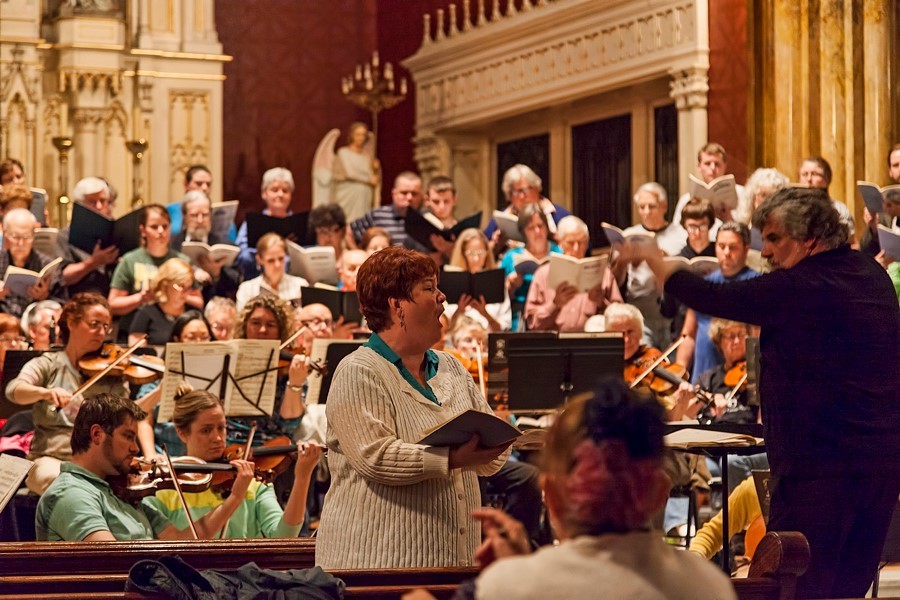 A good number of the Philharmonia’s new instruments come from funds donated by patrons. Chapman told LEO that ever since the group first played concerts in 2012, many of its patrons have said that the Philharmonia’s events were their own first ever experiences with live classical music. That’s no surprise, though — in fact, it’s their philosophy.

“We’re not competing with the Louisville Orchestra,” she said. “We really want to be a connection and draw people in because it’s affordable; to bring their children [and] not feel like it’s a stuffy kind of environment, [to feel] that they’re welcome. If they clap between movements, [it] doesn’t matter.

Many of the musicians are not full-time performers; they’re also teachers, engineers, doctors, etc. The principal clarinet player, Tony Smith, is an ophthalmologist. Chapman told LEO that it’s a lot of hard work for all of the Philharmonia members to put on shows since many of them have full-time jobs (although Chapman herself is a recent retiree), but putting on in-person shows is undoubtedly a labor of love.

“It’s not good to sit in a room with nobody listening all the time,” she said. “So many of us love to play and want to continue playing. It’s a way to give back to the community in the way that we are able to with the gifts that our members have.”

After the Winter Concert, their next show will be a collaboration with the Louisville Chorus at Christ Church United Methodist Church in St. Matthews on April 24. Daniel Spurlock, who is also the “conducting member” of the Philharmonia, has been the music director of the Chorus for 31 years and is a former assistant director of the Louisville Orchestra. (Note: because this concert is not solely a Philharmonia event, it’s not free; tickets cost $23 general admission, $20 for seniors, and $5 for students.)

Beyond that, they’re planning to return to the Iroquois Amphitheater this summer for another annual pops concert, which is always a big draw. One of Chapman’s favorite parts of those shows is when the orchestra plays Tchaikovsky’s “1812 Overture” — but the cannons are replaced by the audience popping paper bags. Fun shows like those typically get around 1,500 people — and it helps, of course, that the show will be outdoors.

With that show and the others this season, the Philharmonia is slated to get back to a semi-normal performing life. As Chapman said, “I think that’s what we’re looking forward to: to really getting together with everybody again and continu[ing] our mission.”