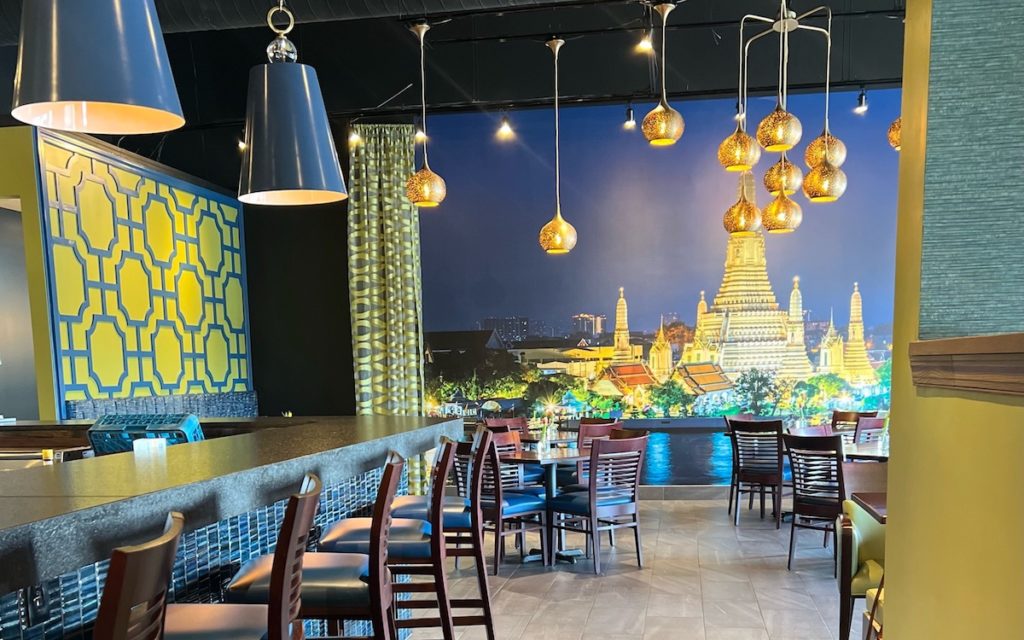 Simply Thai, a Louisville foodie favorite, is celebrating its Middletown location’s 10th anniversary and a grand reopening — although renovations at the restaurant finished up last fall.

For the reopening celebration on Thursday, starting at 5 p.m., Simply Thai is giving 10 customers who dine in that evening a $100 gift card. That’s a lot of noodles.

If you haven’t gotten to see the new and improved Simply Thai location, it’s bigger than before, by about double. It also has new walls, ceilings and floors as well as a bigger bar with more bourbon, a revamped cocktail menu and a boba tea station.

Kelly Saing told LEO that when the Saings moved in, they didn’t have any money left to spend on renovations, so everything in the restaurant was old up until last year.

Simply Thai Middletown closed down for three weeks last year for the renovations and reopened around the end of September, early October.

Now, it’s time to celebrate the changes, and a tough two years weathered.

“We’re really thankful for all the support, you know, especially through COVID, and with the community out here and all of our, you know, friends and family and stuff and our employees — everybody. We’re just so thankful that we made it this far,” said Saing.