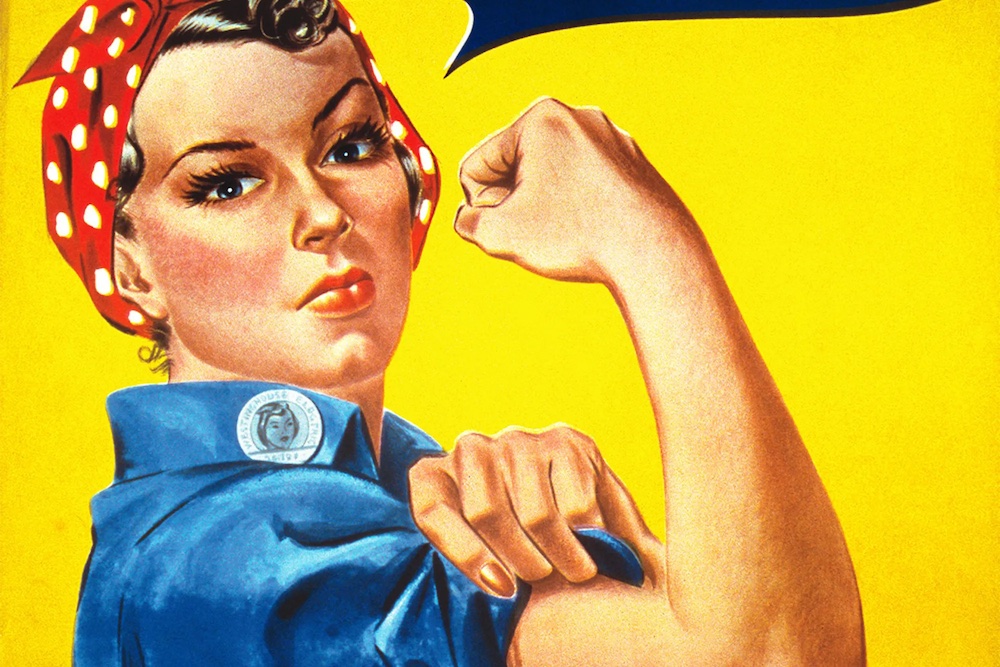 Rosie the Riveter may have been Rose Will Monroe, who lived in Clarksville.

Did y’all realize Rosie the Riveter lived in Southern Indiana? I didn’t.

Well, she did, and now a Southern Indiana historic preservation commission and the residents of Clarksville want to honor the legacy of Rose Will Monroe, one of the women rumored to be the real person behind “Rosie the Riveter.” A new crowdfunding campaign has been started to do just that.

First a little background. Monroe was photographed while she worked on B24 Bombers. There are other women who may have been the real Rosie the Riveter, but regardless, Monroe’s likeness is reported to have been used to sell war bonds to support the war effort. But the image became iconic and synonymous with the strength of women all over and the “American” spirit in the times of crisis. It is one of the most recognizable images in the world.

Because of this, the Clarksville Historic Preservation Commission wants to honor Monroe’s legacy with a monument to her Rosie the Riveter persona. The commission would like to raise $40,000 by the end of March to secure a matching grant from the Indiana Housing and Community Development Authority. This will allow them to build the monument and a nature park along the Ohio River.

From the release: Funds from this campaign will create an interactive monument recognizing “Rosie the Riveter,” artful education displays and seating in their efforts to conserve, protect, and connect people to nature. Visitors will be able to learn about “Rosie the Riveter,” her contribution to the war effort, and her connections to Clarksville.

“Rosie married and settled here in Clarksville once the war ended,” said Clarksville Historic Preservation Commission President Lynn Lewis. “We felt it was long overdue to honor the legacy of one of Clarksville’s most influential residents. We feel this monument will be a fitting tribute to her impact on our country.”

For more information about “Rosie the Riveter” or to make a donation to the crowdfunding campaign, residents can simply visit www.patronicity.com/rosie