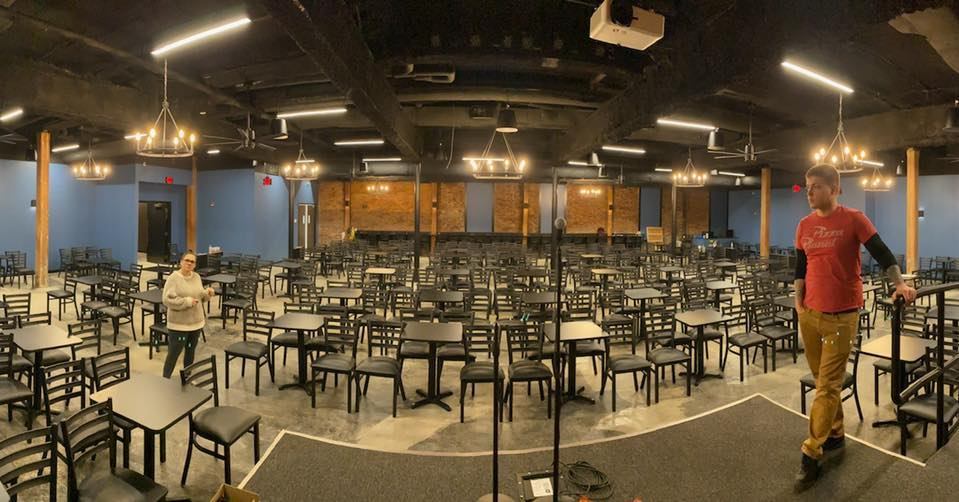 Louisville has a new venue for live comedy, and it’s opening this week.

The aptly-named Louisville Comedy Club (110 W. Main St.) will host its first show on Thursday at 7:30 p.m. Tony Baker, a comic who has performed on “Last Comic Standing,” “All Def Comedy,” and “The Carmichael Show,” will be the venue’s first headliner.

He’ll also host two shows each on Friday and Saturday. Tickets start at $25, and you can buy them at this link.

Other acts coming up at the Louisville Comedy Club include Bryan Callen, Eddie Griffin, Casey Frey and Randy Feltface. David Koechner, whom you may recognize as Todd Packer from “The Office,” will take part in an “Office”-themed trivia night on May 21 and will perform four shows that weekend.

Aspiring comedians can also take the stage in weekly open mic nights, every Wednesday at 7:30 p.m.

All shows at the Louisville Comedy Club are non-smoking and 21+ unless otherwise stated. Seating is “cabaret style,” which means that all audience members will sit at small tables facing the stage in groups of up to four.

Check out some of Tony Baker’s comedy below: