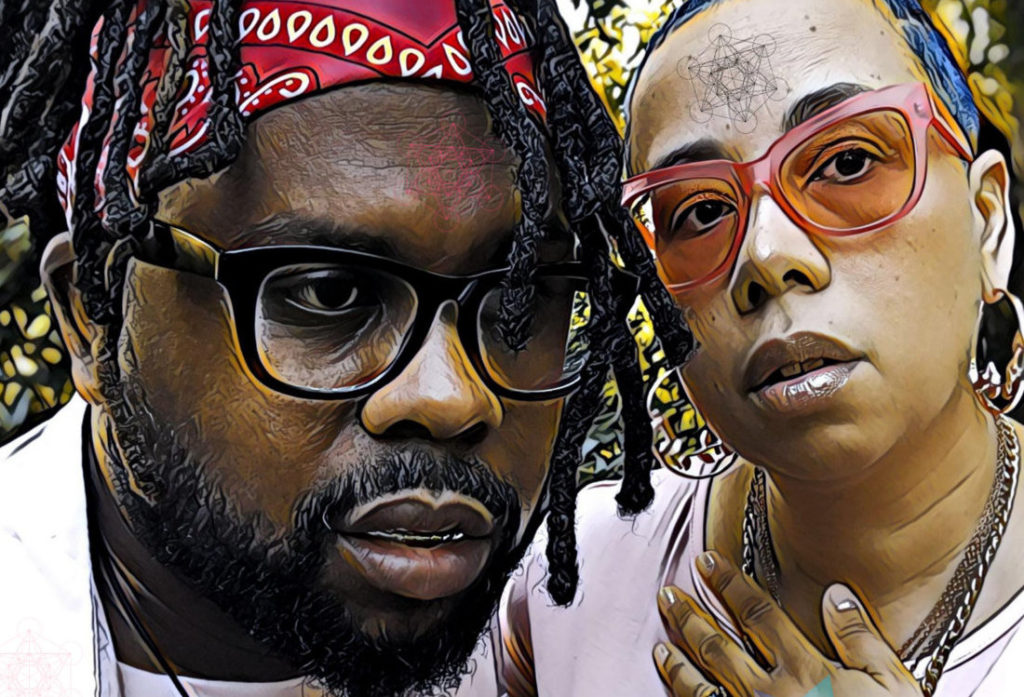 During the darker days of the pandemic hope was hard to come by for most of us, and it was no different for CPHR DVN, aka Sultra Mathematiks (Nancy Smith) and producer Wize (Jeremy Brown). Still, the two decided they would take control of their own passage through this traumatic time and instead concentrate on finding the light. In the wake of this journey, they created “Merkaba,” a song that Mathematiks says was designed to “show another perspective on how to cope with things like a pandemic.”

“Merkaba,” a Hebrew word that means “chariot,” is the energy sphere in which everything exists. While that’s certainly a lot to unpack in a short interview, Wize does his best to distill the theory.

“It’s about activating our body and using this vehicle of light to transmute dark into light,” Wize said. “Legend states that that the ‘Merkaba’ itself has been used by mystics to travel through space and time. We are using the Merkaba to travel musically. Dark times can be a catalyst to awakening and we wanted to touch on this through song. The song itself is sort of a guided meditation that can be used to active your ‘Merkaba’ and travel through dimensions. This idea of dark into light has been a persistent trend in our music since the beginning. We feel that our lane in this art form is to provide that sense of optimism in a world focused on negativity.”

“The song to me is multidimensional,” Mathematiks echoes. “In a 3D perspective, it talks about two people during a world crisis and how they deal with it and each other. They create their ‘Merkaba,’ their sacred space, to make it through. From a 5D perspective, it’s about co-creating a world that is high vibrational. It’s about ascension and becoming light bodies.”

While “Merkaba” might be meant to be uplifting, the backbone of the song is an ethereally-haunted-sounding beat with a mid-tempo groove that ticks along through an air of dreamy sounds, highlighted by Mathematiks’ glitchy, honey-smoked vocals. It’s as smooth as smooth can get and the duo calls it the most chill song on the album. Both agree that this was made possible by channeling their “higher selves.”

“Musically, the inspiration was to tap into the ether and pull sonic inspiration from spirit while at the same time acknowledge the struggles of living through these times,’’ Wize says. “The instrumentation plays with the tug and pull of spiritual and physical worlds attempting to coexist. I think for me, writing this song was a form of meditation and healing. I feel that we need more of this type of music. I hope listeners can take away a sense of empowerment to integrate and transmute dark into light.

One thing is for sure: both Mathematiks and Wize believe wholeheartedly in the transformational power of music and its ability to evolve into something more than just a song.

“Hip-hop music has always been on the cutting edge of our culture,” Mathematiks said. “It is one of the reasons that we have felt so connected to the art and its ability to communicate complex ideas in such a beautiful and poetic way. We can feel the shift and are inspired to keep pushing the envelope. Stay tuned, because we are just getting started!”