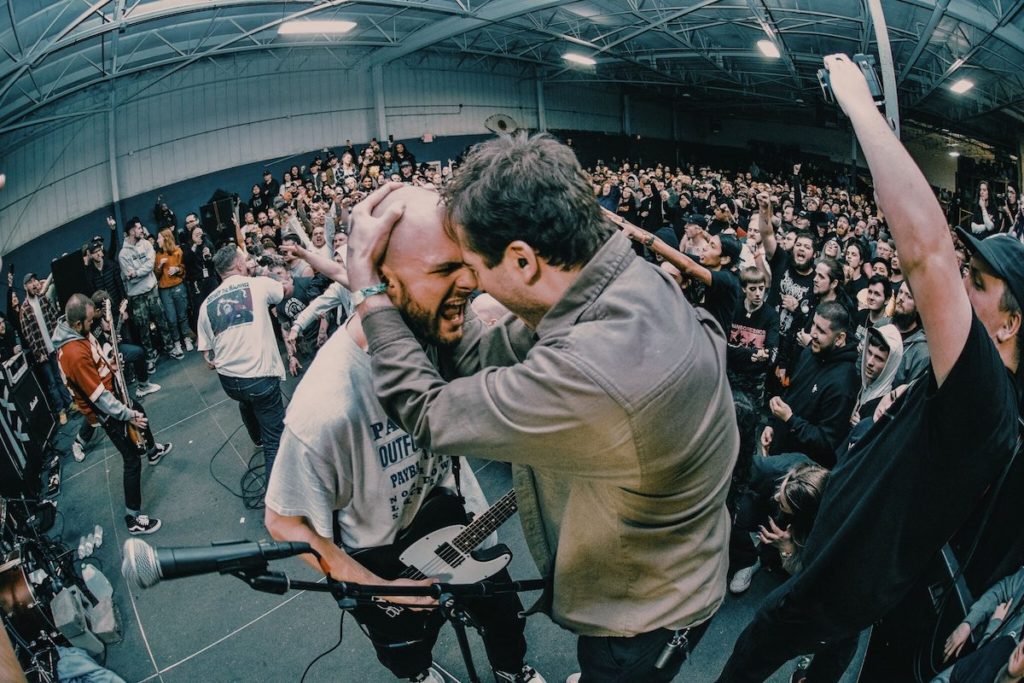 Inclination plays a prior LDB Fest Photo by Errick Easterday

After a yearlong absence, local hardcore festival LDB Fest is ready to open up this fucking pit again.

Starting Thursday with a Preshow, the festival will return for its eighth year.

That said, tickets to LDB Fest proper, which will run at Art Sanctuary (1433 S. Shelby St.) on Friday and Saturday, have been sold out for months; in fact, this year’s LDB Fest sold out in about an hour, even faster than the last one.

Even if you weren’t one of the 700 or so people who scored tickets for the weekend or didn’t want to join the waitlist), you can still enjoy LDB Fest: tickets are still available for the Preshow, which runs at Portal at the fifteenTWELVE Creative Compound on Thursday (doors open at 4 p.m.); and for the after show, which runs at Mag Bar on Sunday (doors open at 6:30 p.m.)

In any case, all of Friday and Saturday’s shows will be streamed for free on Twitch, and the entire event is all-ages.

LDB Fest used to be known as Midwest Blood Fest before it merged with local record label Life and Death Brigade a few years ago and changed its name. In previous iterations, it played at a number of local venues, some of which no longer exist, but this will be its first year at Art Sanctuary.

The event was canceled in 2021 for obvious reasons, but it last ran in early February 2020, early enough to avoid shutdowns.

This year, masks aren’t required at the festival, but they are encouraged and will be available for free. Hand sanitizer will also be available.

Past lineups have included big-name acts like Louisville’s own Knocked Loose and Inclination, as well as Terror, Fiddlehead, and Twitching Tongues.

Click here for this year’s full lineup of more than 40 bands, a good number of whom are from Louisville. (If you can’t make out the logos, the ticket page lists all of the bands in plaintext.)

Alex Rhema, one of the co-organizers of LDB Fest, told LEO that, since the festival’s inception, the process of building the lineup has always had a lot to do with showing non-Louisvillians that our hardcore scene is as strong as that of any larger city.

Beyond that, she said, it’s about giving local fans a chance to see bands that they might not get to otherwise, and vice versa.

Still, she said that booking a new venue for this year had been a challenge due to some venues’ concerns about bringing in a hardcore event, especially one as big as LDB Fest.

It worked out, though, and now, she and other hardcore fans have much to be excited about when the festival returns this weekend.

“Often, when people look on the outside into the hardcore metal community, it can definitely be a little startling to watch all these people just diving on each other and throwing fists and kicks at each other,” she said. “People look at each other like, ‘Oh, that is so chaotic, and everyone’s so angry.’”

But, she said, a scene like that is actually “hundreds of people who are just really good friends with each other.” The hardcore scene, after all, is a “very, very close community” — one that is long overdue for the chance to get back together at LDB Fest.