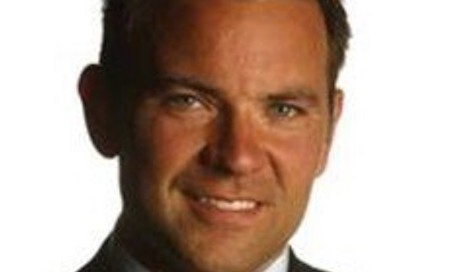 A popular Louisville sports radio host has been arrested for allegedly assaulting his girlfriend.

Andrew “Drew” Deener, who hosts a show for, and is the vice president of, Louisville’s ESPN radio station, was arrested on Saturday for a fight at Rooster’s sports bar on Shelbyville Road.

The arrest citation says that Deener’s girlfriend told officers that they were having a verbal altercation in the parking lot when Deener grabbed her head and slammed it into the side of a car.

The citation says that Deener’s girlfriend only complained of a minor injury and refused emergency medical services.

Deener, 49, was not on the scene when officers arrived. They were told he had walked off. Deener was arrested 30 minutes later at his home.

Deener faces a preliminary charge of fourth degree domestic assault, a class A misdemeanor. A $1,000 bond was set on Sunday, and it’s already been posted. Deener is set to be arraigned in court on Wednesday.

Deener is the host of “The Deener Show” on ESPN680 where he discusses UofL football and basketball every morning from 7 a.m. to 10 a.m. He has been placed on administrative leave until further notice, according to a statement from Union Broadcasting Louisville, LLC.

Deener is not the only UofL sports-related person to be arrested recently on domestic violence charges: The Courier Journal reports that Louisville football wide receiver Braden Smith was arrested Sunday for allegedly assaulting his ex-girlfriend.