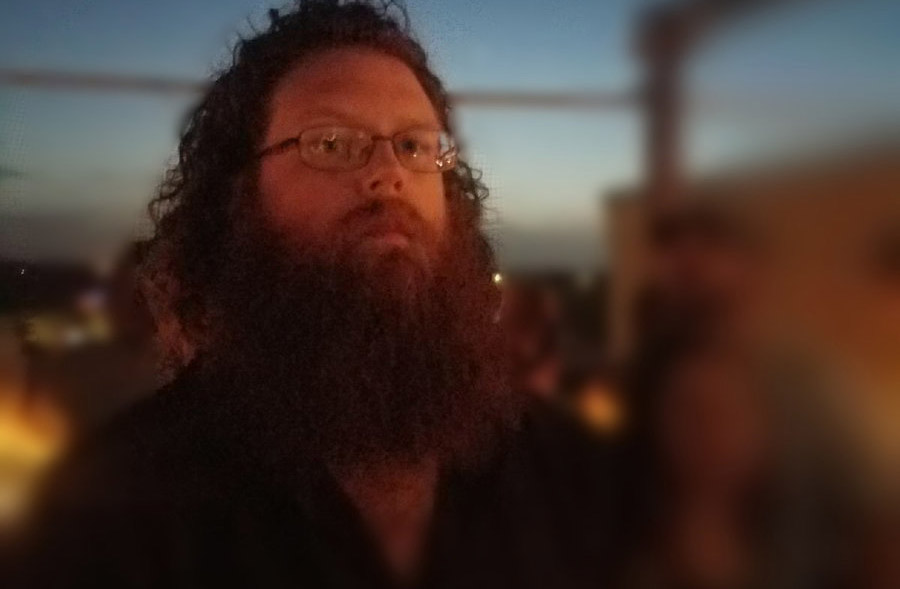 Aaron West wrote "Broadcast Interrupted" with Jeroen Diepenmaat, a musician from the Netherlands.

When Aaron West makes music he likes to concentrate more on the feeling of it rather than any particular notions of orthodox songwriting. And with “Broadcast Interrupted,” he and co-songwriter Jeroen Diepenmaat have delivered a song with plenty of feel.

“When listening back to it, the sounds take me back to a specific time and place where things felt magical, looked beautiful and contained an indescribable energy. I’m sure that feeling is a product of nostalgia conjuring up a yearning for the Old World. Anyway, this album ended up being about several things to me. I feel the underlying concept this album contains is that of creating connections. The connections made with the people and places involved in making this album are vast and span a long period of time.”

If drifting through the shapeless void of time and space had a soundtrack, there’s a good chance it would have “Broadcast Interrupted” on it. It’s a darkly ethereal collage of sound that is both eerily peaceful and sonically daunting. The song doesn’t overplay its hand by adding too many layers, yet it finds a way for each one to evolve and collaborate with the others. While the song begins in a soft wash of ether, it ends in a dense wall of sound that seems as if it’s trying to absorb everything in its path.

“I always come from a spot of no expectations when it comes to musical compositions,” says West. “I typically find and catalog sounds in the form of tapes and digital files so I can recall them at a later date. It might be years before I use a particular sound or I may never use it. The sounds are usually processed through a series of techniques and most of the time don’t even resemble the original sound. The outcome is usually dark and melancholy probably in an attempt to contrast my sunny disposition.”

One of the most remarkable things about “Broadcast Interrupted” is the journey it took to come to fruition. It was a creation that took place across two continents, with West being from Kentucky and his songwriting partner living in Deventer, a city in the Netherlands.

“During one of my extended stays in Deventer, I had booked some solo shows and was on the search for some antiquated music equipment that I often use to use in my compositions. Things like cassette players or reel to reel recorders, which is how I met Jeroen Diepenmaat. A mutual friend who knew that Jeroen was also an avant-garde musician introduced us, and he let me borrow a reel to reel recorder, which was instrumental to my shows in Deventer. I kept in touch and a year later was back in Deventer and Jeroen and I decided it was a good time to collaborate and we recorded ‘Broadcast Interrupted’ which was then released by Nazlo Records out of Moscow, Russia on cassette and digital.”