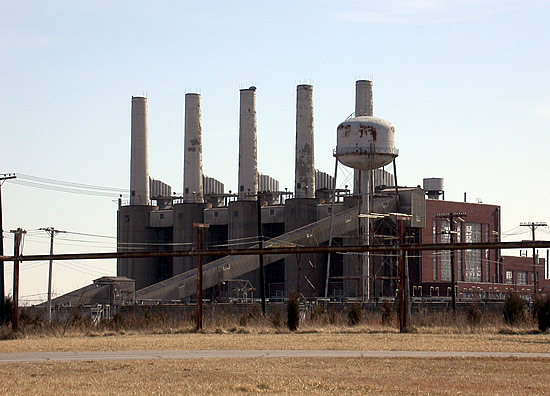 The Indiana Army Ammunition Plant operated in Southern Indiana from 1940 until 1992.
Photo courtesy of Seicer at English Wikipedia

If you’ve ever taken a drive through Southern Indiana, heading towards Charlestown or Madison, chances are that you’ve passed a series of strange buildings and pipes. Perhaps you’ve been told that this is the old Ammo Plant or you devised your own theory about what the factory was.

Well on Friday March 25 from 10 a.m.-11:30 a.m.,  you can get some answers about the mysteries of the Indiana Army Ammunition Plant. The Indiana Department of Natural Resources along with Charlestown State Park will host an event to share what the plant did and its importance to the area.

The event is free and will be held at the Nature Nook at the state park.

The Ammunition plant was in service from the end of 1940 until 1992 and housed three different divisions: Indiana Ordnance Works Plant 1, which made smokeless powder; Hoosier Ordnance Plant , which produced bags (packed and loaded) for propellant charges; and Indiana Ordnance Works Plant 2 which manufactured rocket propellant. When construction began on the plant in 1940, the population of Charlestown swelled with the influx of workers hoping to secure jobs at the new facility.

These workers weren’t always welcomed. From the Indiana History Blog by the Indiana Historical Bureau, which is part of the Indiana State Library, “Locals often labeled newcomers “du Ponters” and their children as “powder children” in an effort to differentiate themselves. Conversely, Margaret Christie reported in the Indianapolis Star that many migrant workers resented the implication that locals considered them “trailer trash.”

With the new influx of workers, there were increased worries about epidemics from the lack of adequate sanitation and access to water and sewers. The building of the plant made improvements to the infrastructure possible and necessary.

There’s so much more to the story. You can read some online or be sure to drop in for this event.