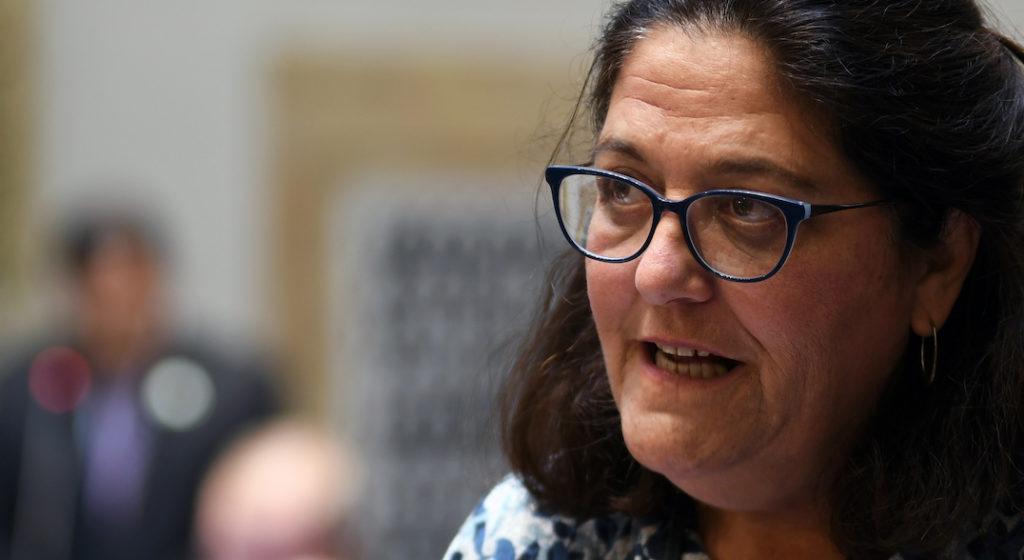 After the Kentucky Senate passed a bill that would ban abortions after 15 weeks of pregnancy last week, a video of Sen. Karen Berg’s passionate explanation of her no vote during a committee meeting went viral, with one tweet from her account racking up more than 28,000 retweets.

Berg, D-Louisville, who is a diagnostic radiologist — a doctor who often does the first trimester of ultrasounds — said that the bill was not based in medicine and that those who cast a yes vote were “killing women.”

Thank you to everyone watching and sharing this. I am grateful you all are standing with me. pic.twitter.com/j5WgGzaVPk

“I’m extraordinary personally familiar with the development of a fetus in the womb, and for you to sit here and say that at 15 weeks, a fetus has a functional heart, a four chamber heart, that can survive on its own, is fallacious — that is not true,” Berg said. “There is no viability. I look around at my colleagues on this committee. I’m the only woman on this podium right now. I am the only physician sitting on this podium. This bill is a medical sham. It doesn’t not follow medicine. It does not even purport to listen to medicine, and for each and every one of my colleagues to be so willing to cast an aye vote, when what you are doing is putting your finger, putting your knee, putting a gun to women’s heads. You are killing women, because abortion will continue, women will continue to have efficacy over their own body, whether or not you make it legal.”

The bill — SB 321 — now heads to the House. It’s modeled after a similar Mississippi law that’s currently being weighed  by the Supreme Court. Several states, such as Florida and Arizona, have mirrored the legislation that challenges Roe v Wade, as lawmakers on the state level wait for possible changes to national abortion rights.

Kentucky law currently bans abortion after 20 weeks of pregnancy. Earlier this month, the Kentucky House passed a bill that would strictly regulate access to abortion pills. Republicans have supermajorities in both Kentucky chambers.