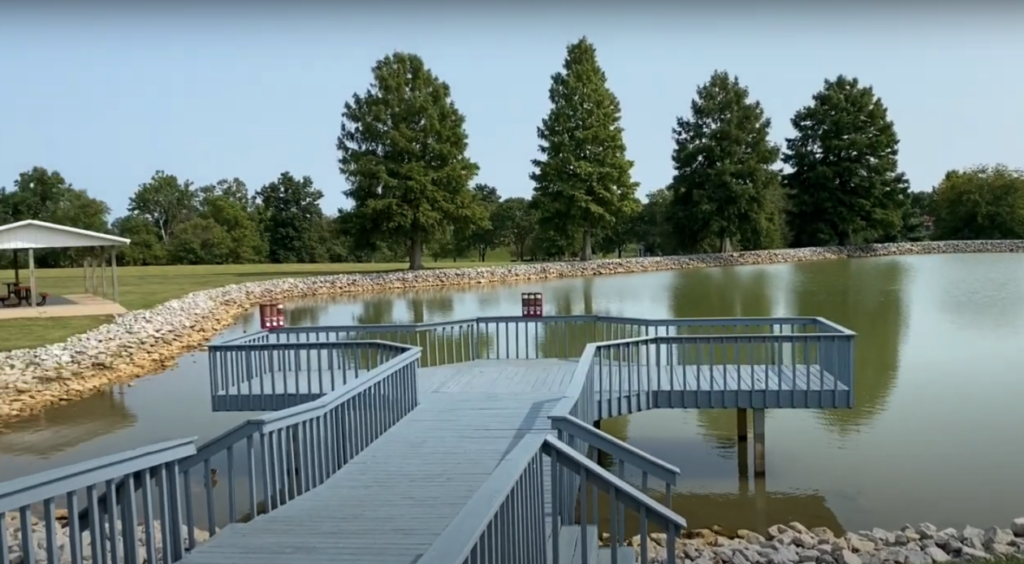 Good news for local lovers and lovers of symbolic monuments to romance: starting this week, Kentuckiana will finally have its own love lock bridge (sort of.)

Joe Huber’s Family Farm & Restaurant announced that it will debut the love lock bridge — which is actually the existing bridge walkway out to their deck  — when it reopens for the season tomorrow at 11 a.m.

The farm will also give out a free lock to the first 10 people who request one in person; after that, locks will be available for purchase on-site for $3.99 each. Guests are also welcome to bring their own locks.

Here’s how a love lock bridge works: a couple writes their names, initials or a special message onto a padlock to symbolize their everlasting love, then they throw the key into the nearby river or lake.

LJ Huber, the operations manager at Joe Huber’s, told LEO that the inspiration for opening the bridge came from a trip to Paris, during which he visited the famous Pont des Arts love lock bridge, as well as a romantic relationship of his own. He says that the new love lock section will be a spot for dates at the farm.

There are dozens of love lock bridges elsewhere around the world, both in the U.S. (including Pittsburgh, Napa and, appropriately, Loveland) and as far away as Moscow, Amsterdam and Seoul.

The previous nearest love lock bridge to Louisville, Cincinnati’s Purple People Bridge, had about 1,000 of its locks removed in 2016, yet the tradition still continued even before the nonprofit that maintains the bridge reversed the ban on adding new locks, designating a special area on the bridge for them in 2017.

The most famous love lock bridge, the Pont des Arts in Paris, was reportedly covered in a staggering 45 tons of locks before they were removed in 2015 due to concerns about the added weight of the locks putting the bridge at risk of collapse.

Huber said he wasn’t worried about that happening at the farm; as he pointed out, the Pont des Arts is much larger than the bridge at Joe Huber’s.