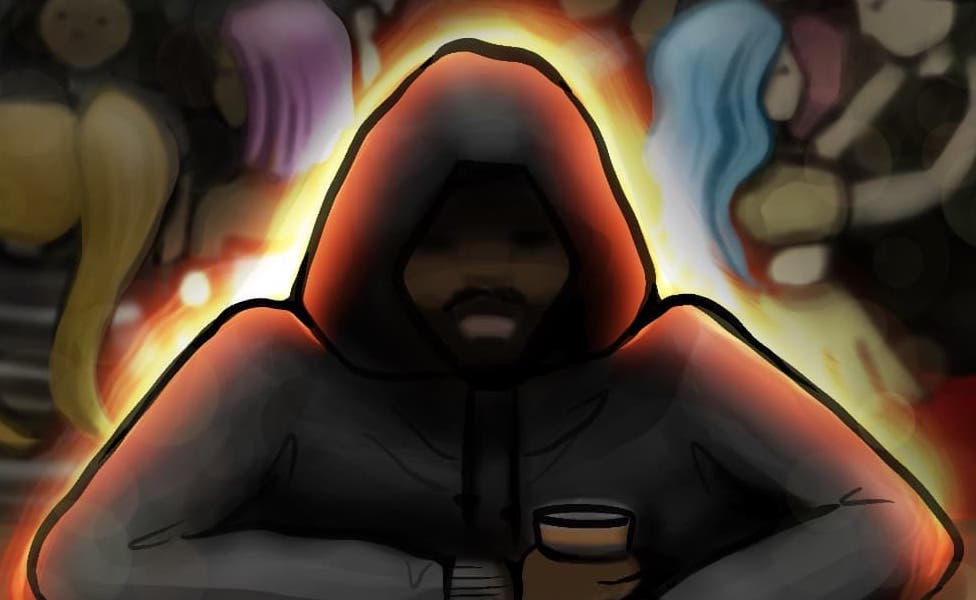 The beats are grimy and raw on Trapkingkai's "Life of a Wallflower."

Trapkingkai – Life of a Wallflower

The title, Life of a Wallflower, is all too apt for emcee Trapkingkai. The beats and rhymes are grimy and raw, with raps that parallel that heat. There are times where the emcee and his guests are a little (a very little) pushed down in the mix, like you’re at a party and Trap is rapping straight into your ear over all the background music. The lyrics often address hip-hop standards: drugs, women and the culture. At first blush, hearing Trap wax poetic on the type of women that catch his interest or his preferred high implies a confidence that may not be here. There is a loneliness to the music, an escapism to understandable vices that run through the backbone of this all-too-short EP. Opener “Basquiat” speaks to the idea of being an artistic outsider, burned out to avoid fading away. Let’s hope that this only the next step in Trap’s journey, and not a portend of times to come, because there is much promise in the future of his art.

For several years now, the Isolation Tank Ensemble has quietly honed their brand of prog-rock to a fine point. Somehow Live at La La Land is inexplicably their debut release, a visceral and thought-provoking session that showcases a band that is all killer, no filler. Of course, that’s a trite and inelegant way of admiring the band’s technical precision, although no less accurate; no matter what is going on, the band is tight, committed and confident. The result is a compositional dynamic that equally privileges pummeling grooves, jazz fusion and tender, atmosphere-building moments that provide shadow and light to the louder, more off-kilter moments, of which there are many. For example, “Revenge of the Sea Slugs” is, largely, a lithe banger, albeit one that features an unexpected polka outro. These are lean compositions that give room for each of the constituent players to shine, whether that’s in giving space for a beautiful string section or a fiery, John McLaughlin-esque guitar lead.

Listening to Filtered, the newest from The Gleaming Corridor, is like imagining the full ensemble of Tortoise transported “Tron”-style into an 8-bit Nintendo. The music here is, of course, instrumental and features some unmistakable post-rock vibes, albeit as (ahem) filtered through chiptunes. As such, there is an almost Cluster-vibe to tracks like “Reorganized,” which serves as a palate cleanser after the meaty opener “Filtered.” On “Cloister,” the project continues that fixation on electro-infused beats in a way that recalls early-aughts Trans Am at their most prog-rock heights. Closer “Isograph,” is a six and a half minute meditation on groove and glacial composition, as smaller elements shift slowly to build momentum across the track. This is an especially pensive EP, although one tinged with hope and optimism by virtue of arpeggiating, major-key synth work.