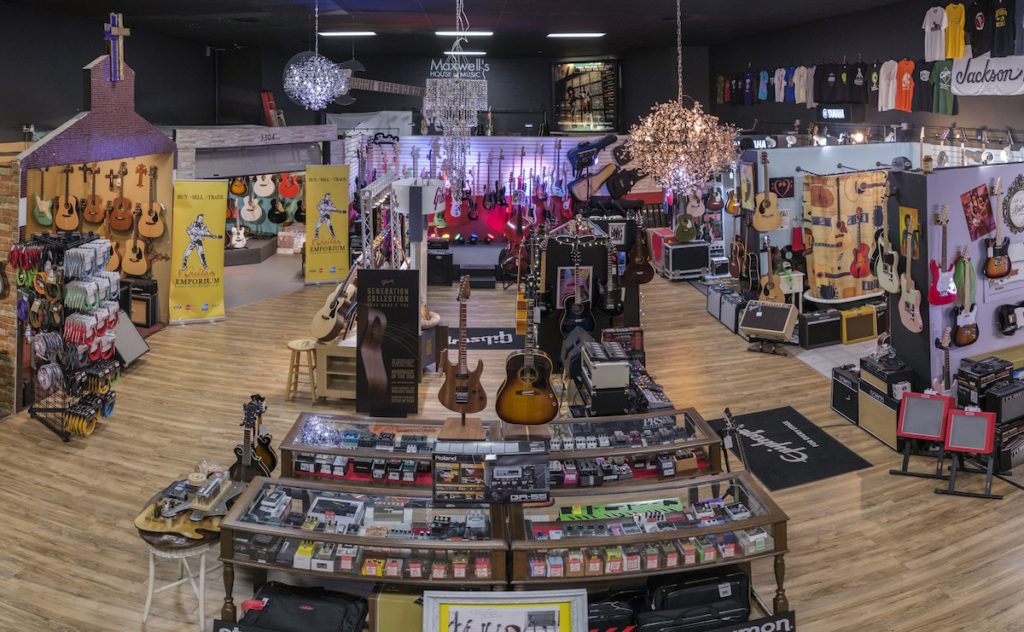 For decades, the Guitar Emporium has been a staple of the local music scene, providing high-quality vintage guitars and a treasure chest of other gear. After falling on tough times in recent years, the Guitar Emporium was recently purchased by Maxwell’s House of Music, which is currently in the process of moving the former Highlands store into its 12,500 square-foot facility in Jeffersonville, Indiana.

It will now be called The Guitar Emporium at Maxwell’s House of Music, and its grand opening will be held from 11 a.m. to 5 p.m. this Saturday, April 2, with giveaways, deals and food.

Maxwell’s House of Music co-owner Mark Maxwell told LEO that the purchase was about saving the iconic brand, as he listed many of the other music businesses, venues and shops that the community has lost over the years.

“I just didn’t want to see Guitar Emporium go away,” Maxwell said, saying that the move is “99.9%” complete and that they are currently just doing some “fine-tuning.”

The Guitar Emporium was founded in 1975 by Jimmy Brown, who built the store into a legendary and sought-after shop in Louisville. Brown sold the store in 2013, and when it was available nine years later, Maxwell said that it was important to him to be able to continue the store’s legacy.