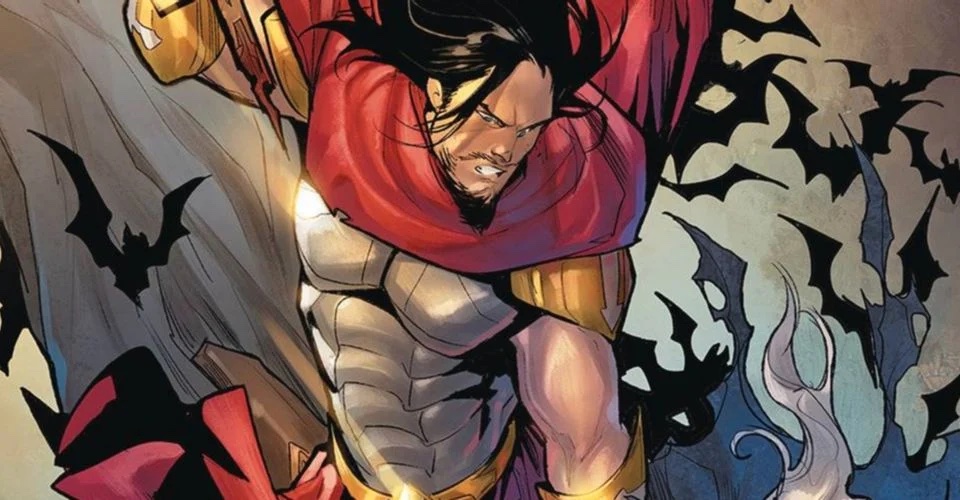 "Loaded Bible" is so bad it's good.

Written by Steve Orlando and Tim Seeley
Art by Giuseppe Cafaro
Review by Krystal Moore, The Great Escape
Loaded Bible is a comic so bad it’s good!  As happens so often in pop culture these days, our story begins in a post apocalyptic world with cities laid low and a populace of hungry, downtrodden humans just trying to survive.  But, alas, the church they thought could save them has turned on them. The Catholic Church we have here has saved itself by selecting a new pope who commands respect. They’ve reanimated Dracula, and he’s now Pope Dracula! You read right, Vlad the Impaler, in his supernatural form is head of the Holy Church.

Vampire soldiers are the peacekeepers, and naturally, their brand of peace is brutality and if you don’t do what you’re told, you could literally be eaten! But, fear not, the powers that be have made a costly mistake. Hoping for a symbolic leader to get the masses in line, they’ve taken the relic of the blood of Christ and created a clone. Rather than being a pawn for the church though, this Jesus is a warrior doing everything in his power to overthrow the New Church and it’s monstrous Pope Dracula!! Issue No. 2 should show us just how much power this Savior has! Let’s hope it’s a lot.

Written by Jeff Lemire
Art by Dustin Nyugen
Review by Felix Whetsel, The Great Escape
Childhood has many benefits, namely that you have way fewer things to worry about. The cast of Little Monsters get to experience a carefree, eternal childhood in the shadows of the dilapidated city where they live. However, after well over 100 years of playing tag and capture the flag, they’re tired of the humdrum of their immortal lives.

These eight vampires are the last children on Earth. They’ve spent so long in the city that they’ve lost track of time. For over a century — perhaps several — they’ve set up camp and waited for someone they call The Elder. For innumerable nights they’ve played the same games, explored the same buildings, drank the same rat blood, and some of them think it’s about time they move on. This apparently isn’t the first time they’ve had this conversation — but maybe now they’ll be forced to do something about it.

The first issue of Little Monsters acts as a primer to the cast of characters, introducing us to the status quo without hitting us over the head with worldbuilding. It leaves us with the perfect amount of questions: What happened to their world? Where is everyone else? Who is the Elder? Considering it’s the same creative team as “Descender” and “Ascender,” I’m excited to see these questions get answered further down the road.