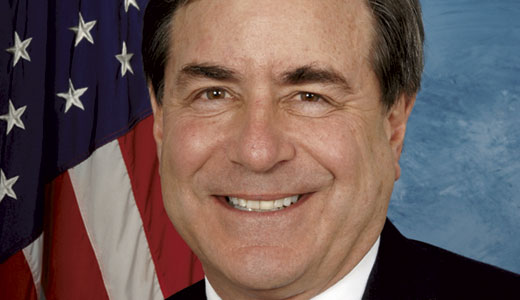 McGarvey is running in the Democratic primary against state Rep. Attica Scott for Kentucky’s District 3 House seat. In October, Yarmuth (who is also LEO’s founder) said that he would not be running for reelection after 14 years in the seat.

Almost four months later, he has anointed McGarvey as his preferred successor, praising his record as a state legislator.

“I’m pleased to be endorsing Morgan McGarvey as a true champion of progressive values and one of the most effective leaders our Kentucky state legislature has ever seen,” said Yarmuth in a statement issued today. “Morgan has shown an ability to build and work in the diverse coalitions necessary to create meaningful change and get the job done for our community and country. That’s exactly what we need more of in Washington.”

In October, McGarvey unveiled his candidacy less than 10 minutes after Yarmuth announced that he would not be running for reelection.

On Monday, McGarvey said, “It’s an honor to be endorsed by Congressman Yarmuth. We owe him a debt of gratitude for his service, but I especially want to highlight his work on the legislation that helped our families through this pandemic. It’s the kind of responsive, results-oriented leadership that I want to continue in Congress. I’m running as a working dad of three young kids. I get the urgent need for universal pre-K, paid family leave and more affordable health care. And I’m running to use my experience delivering real results in Frankfort—even up against non-stop GOP extremism—to do the same in Washington.”

Previously, Yarmuth had told reporters that he thought McGarvey would be a “great successor” and that he wasn’t as sure about Scott, although he said both of them have progressive credentials.

Scott responded to Yarmuth’s endorsement, saying her campaign is about people power.

“As Black women, we are always told to wait our turn, and that’s especially true in Democratic politics,” she said. “The party establishment tells us to wait, while they cooperate with Republicans, who are criminalizing the teaching of accurate history, banning abortion care and gerrymandering our state without public input. Today, the establishment is deciding again, and Black women are told to wait.”

McGarvey has been racking up endorsements from politicians and leaders across the state, including former Louisville mayor Jerry Abramson, the Rev. Kevin Cosby and Louisville Metro Council President David James.

Scott has collected some endorsements of her own, including including the Sunrise Movement of Kentucky (and Louisville’s chapter), Kentucky Youth Climate Strike, Higher Heights for America and Elect Black Women.

McGarvey, however, has out raised Scott, collecting just over $800,000 since he entered the race last October. Scott has garnered a little over $150,000.

McGarvey, who was first elected to the Senate in 2011, says he wants to end generational poverty, combat climate change, legalize marijuana, reform the criminal justice system and “provide real equity.”

Scott, who is also a well-known activist, defeated a 34-year incumbent in 2016 to become the first Black women elected to the Kentucky General Assembly this century. She said that she also wants to legalize marijuana and has expressed support for the Green New Deal.