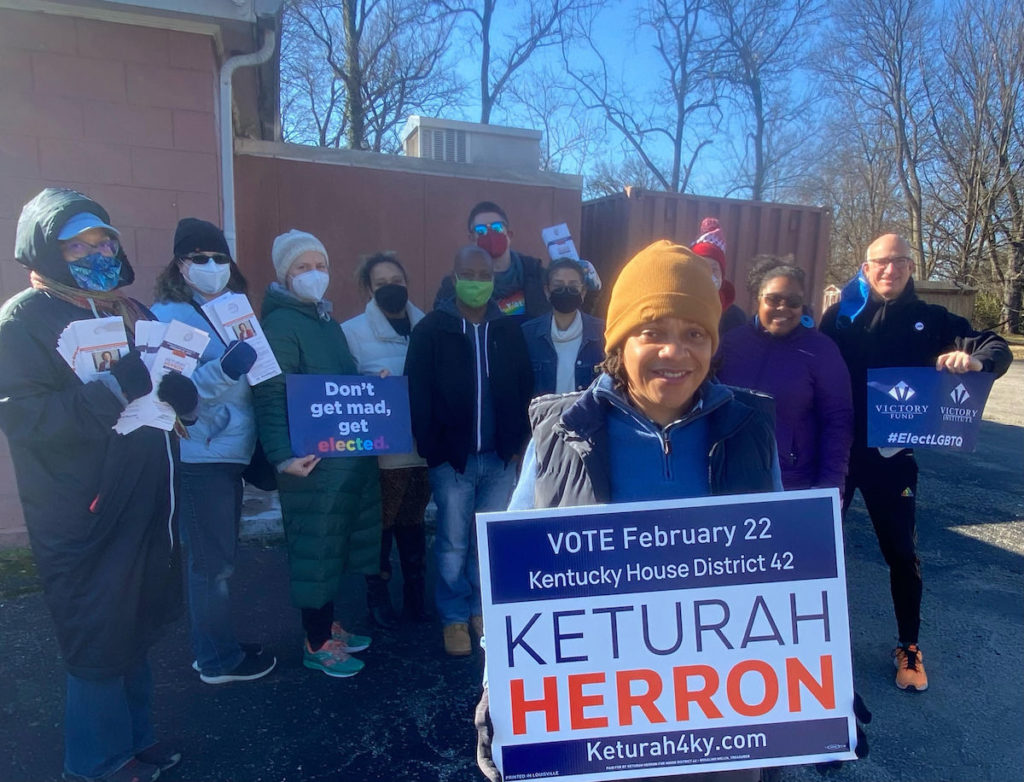 Keturah Herron is a former policy strategist for the ACLU of Kentucky.Photo via the Fairness Campaign

Herron, an activist and former policy strategist at the ACLU of Kentucky, will fill the vacant seat after Reginald Meeks — who was the representative for District 42 for more than 20 years  — announced his retirement late last year.

“Thank you to everyone who helped make history in Kentucky tonight,” Herron said in a statement. “I’m so grateful to Rep. Meeks and humbly receive from him the baton of leadership, courage and activism. I am honored to be in this position to serve the people of House District 42. I am dedicated to working with the people to bring about the changes they seek in their community. I am taking District 42 with me as we labor together to make a difference in this city and state.”

While at the ACLU, Herron worked to reform Kentucky’s criminal justice system, and was instrumental in the passage of Louisville’s Breonna’s Law and the General Assembly’s Senate Bill 4, both of which limited no-knock warrants.

The Republicans currently hold a supermajority in both chambers of the General Assembly and recently redrew Kentucky’s political districts, although the special election used the maps that were in place when Meeks resigned from office.

Colmon Elridge, chair of the Kentucky Democratic Party, said that Herron’s past work will carry over to a bright political future.

“Just as she’s lifted up the voices of those who are too often unheard during her campaign and throughout her career, we know she will do the same in the General Assembly,” Elridge said in a statement. “With a long record of change-making experience already under her belt, it’s clear that tonight’s historic victory is just the beginning.”