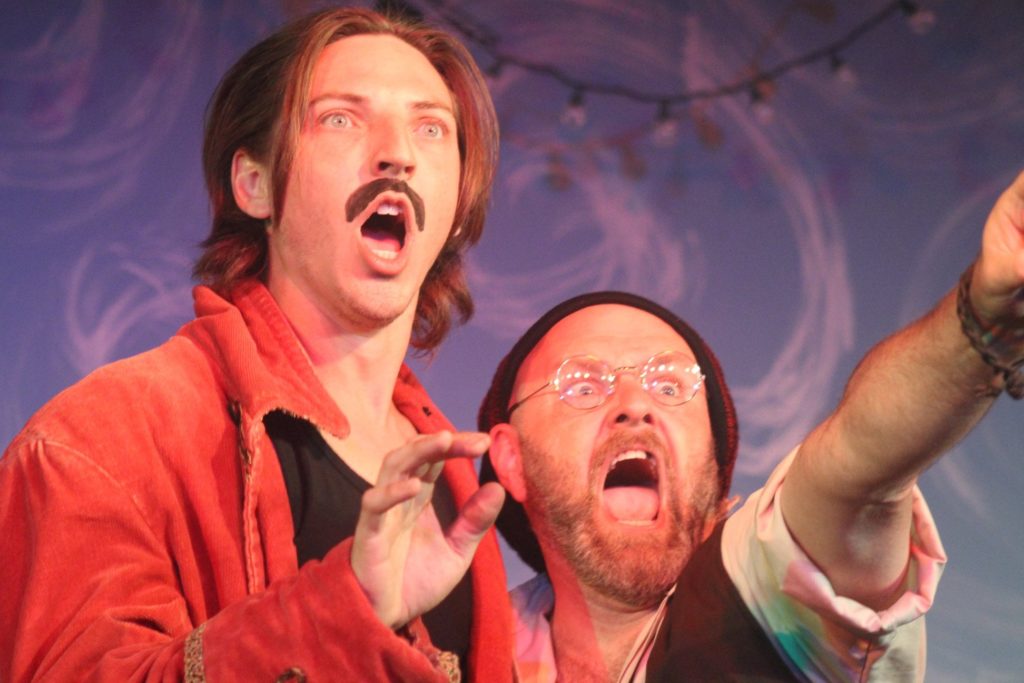 TheatreWorks of Southern Indiana (located in New Albany) is coming back to the stage after taking a super long hiatus due to the COVID pandemic, pandemonium, ponderosa, whatever it is at this point. We’re all tired, but what we’re not tired of is our favorite events and event spaces coming back to life.

TheatreWorks will have a short season of two musicals, but both are worth catching.

The opening musical is “Big Fish”-based and TheatreWorks description describes it as a: “Broadway musical based on the novel by Daniel Wallace and the acclaimed film by Tim Burton. ‘Big Fish’ tells the story of Edward Bloom, a traveling salesman who lives life to its fullest. Edward’s incredible, larger-than-life stories thrill everyone around him — most of all, his devoted wife Sandra. However, their son Will, about to have a child of his own, is determined to find the truth behind his father’s epic tales.”

“Big Fish” will run in April.

The second, “Ragtime the Musical,” is a “sweeping musical portrait of early-twentieth-century America is based on the novel by E.L. Doctorow tells the story of three families in the pursuit of the American Dream. The Tony-winning score by Ahrens and Flaherty is just as diverse as the melting pot of America itself.  It draws upon many musical styles, from the ragtime rhythms of Harlem and Tin Pan Alley to the klezmer of the Lower East Side, from bold brass band marches to delicate waltzes, from up-tempo banjo tunes to period parlor songs and expansive anthems. ‘Ragtime’ is truly a unique and powerful portrait of America.” Ragtime will run in September.

LEO: TheatreWorks has been closed for a while now. Was this completely due to COVID?
Hannegan Roseberry: We stayed shut down 100% due to COVID. We remained that way until we felt there were ways to start to move forward safely.

What plays are you doing this season?
We just announced our season last night [now two nights ago]. We’re doing ‘Big Fish’ in April and we’re partnering with Faithworks to present ‘Ragtime’ in September. We’re very excited!