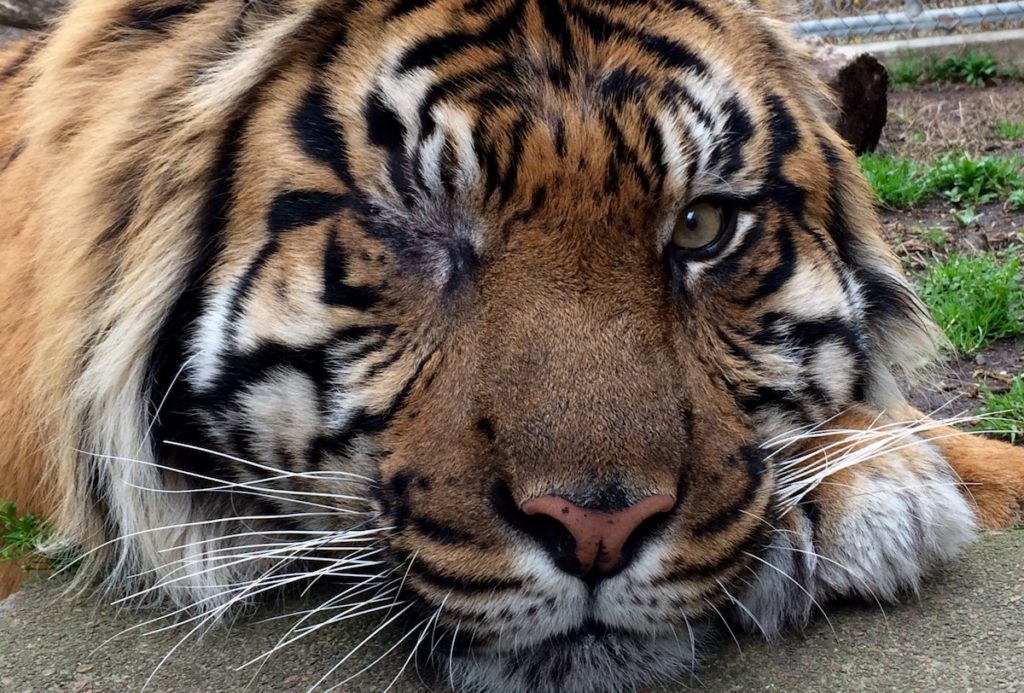 Heran was easily recognizable for his winking appearance, the result of the removal of a cataractous eye.Photo courtesy of the Louisville Zoo.

On Monday, Heran, a 16-year-old Sumatran tiger at the Louisville Zoo, passed away after being humanely euthanized.

The Zoo announced in a statement this morning that Heran had suffered from B-cell lymphoma and leukemia. Guests would recognize Heran from his permanently “winking” face, the result of an orbital implant that replaced a cataractous eye in 2017.

Although Heran never fathered any cubs during his lifetime, the Zoo preserved samples of his semen as a means of potentially passing on his genes to future offspring. The World Wildlife Fund classifies Sumatran (or Sunda) tigers as critically endangered; there are fewer than 100 in human care in North America.

In the Zoo’s statement, Senior Staff Veterinarian Dr. Zoli Gyimesi said, “The priority is to do right by the animal in providing compassionate end-of-life care. But if we can also do what is right for the population that Heran represented as an ambassador, that’s our responsibility as well.”

“With every sad loss,” said Zoo Director Dan Maloney in a statement, “we try to maximize what can be learned to benefit future generations of animals.”