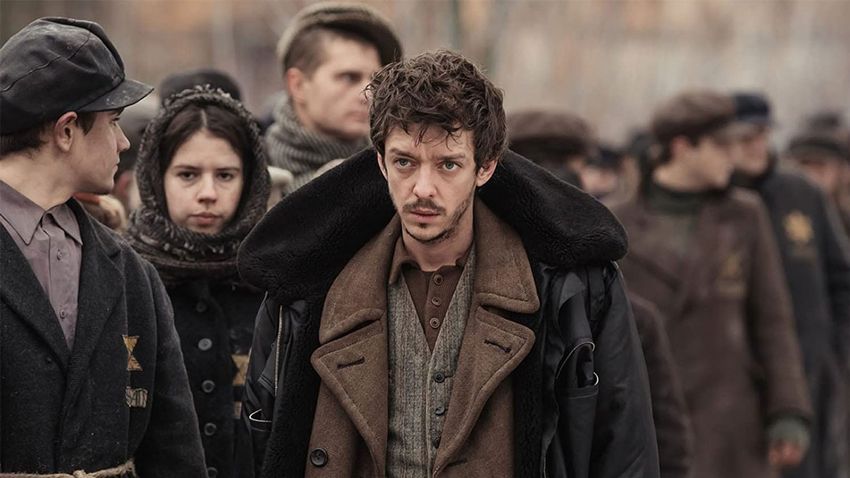 "Persian Lessons" is about a Jewish man who pretends to be Iranian in order to save himself in a concentration camp.Photo: Hype Films

The Louisville Jewish Film Festival is almost a quarter of a century old — and it’s returning tomorrow.

The hybrid in-person and virtual Festival will run officially from Feb. 5-27, but one movie, “Mazel Tov Cocktail,” is available to stream now for free. You can buy a $12 ticket to most movies individually (two are free but still require a ticket) or purchase a Festival pass, which gives you access to all of this year’s movies for $99.

The lineup includes 11 movies, two short films, and one six-part mini-series. You can check out the full calendar and list of movies here (or the printable PDF version here.)

Last year’s Jewish Film Festival was themed around the intersections of Blackness and Judaism, but there’s no theme this year — instead, the Festival wants to offer “something for everyone,” said Tricia Kling Siegwald, senior director of festivals & special projects at Jewish Community of Louisville.

That said, many of the movies on offer do feature characters who grapple with questions and conflicts of identity on an individual and societal level. In “Blewish,” a free four-and-a-half-minute animated movie, a young Black Jewish boy learns to be proud of his heritage. In “Mazel Tov Cocktail,” a cynical Russian-Jewish teenager in Germany named Dima monologues to the audience about antisemitism, history, and hypocrisy.

“Our mission is to educate, entertain, enrich people’s lives, and build bridges,” Siegwald told LEO. “We want to share with the community, and as you’re educating the community on these issues, that’s a part of building bridges.”

Likewise, there are a number of movies about Jewish history. In “Persian Lessons,” Gilles, a Jewish man sent to a concentration camp, pretends to be Iranian (then called Persian) to save himself. When a Nazi guard asks Gilles to teach him the Persian language Farsi, Gilles creates his own language with its own grammar — something the director, Vadim Perelman, did, too, with the help of a linguist. (Perelman will be doing a virtual speaking event at the Festival on Feb. 13.)

Other movies on the docket this year include “Kiss Me Kosher,” a comedy about a lesbian wedding; “Sky Raiders,” a children’s movie about two Israeli preteens who love aviation; and “Greener Pastures,” a comedy about an elderly man who sells medical marijuana.

The star of “Greener Pastures,” famous Israeli actor Dov Glickman, will be taking part in a virtual Q&A on Feb. 27 at 1 p.m.

Unlike last year’s fully virtual LJFF, this year’s Festival is mostly virtual but hybrid. There’ll still be a few live events at the Speed Art Museum: three movie screenings, one for “Persian Lessons” and two for “Neighbours”; and one virtual-but-live talk with a director (that is, the Zoom call will be projected onto the screen at the Speed Cinema.)

“We had tremendous success in terms of numbers last year with a virtual [format],” said Siegwald. The Festival’s turnout was “just outstanding, and we’re anticipating that again.”

Siegwald began her role in September of last year, replacing Marsha Bornstein, who recently retired. Before that, Siegwald had worked for the Kentucky Derby Festival for 25 years. She told LEO that working with the committee who chooses the Film Festival’s programming has already been an educational experience.

“I’ve learned so much already about the film industry and just come to really appreciate what this committee is producing,” she said. “Their knowledge and their passion for what we are doing is incredible.”

This year’s movies, she said, are “quality films, and they are thought-provoking films, so I think folks will really, really enjoy [the Festival.]”