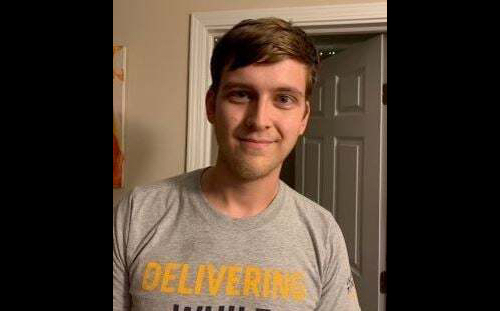 Shannon V. Gilday is a suspect in the shooting of Jordan Morgan.Photo courtesy of Kentucky State Police

A suspect has been identified in the killing of a former Kentucky lawmaker’s daughter.

Kentucky State Police are looking for Shannon V. Gilday, 23 of Taylor Mill, Kentucky, on suspicion of entering former state Rep. Wesley Morgan’s home on Feb. 22 at 4 a.m. and shooting and killing 32-year-old Jordan Morgan while she was in her bed.

Police say they do not have enough information at this time to say whether Gilday was targeting anyone at the home.

KSP believe Gilday fled the scene in a white 2016 Toyota Corolla with minor damage to the front grill and the license plate of 379-VMJ.

The suspect was seen on surveillance footage from the home, wearing camo or tactical stye pants and jacket, a dark-colored hooded sweatshirt, gloves and a light-colored face mask.

Gilday has an active arrest warrant for murder, two counts of attempted murder and burglary, criminal mischief and assault in the first degree.

Jordan Morgan was an attorney who had recently started working with Reminger Attorneys in Lexington. She had also previously worked as a deputy press security in Gov. Matt Bevin’s administration.

Wesley Morgan served in the Kentucky state House for one term. He also owns several liquor stores in the state.