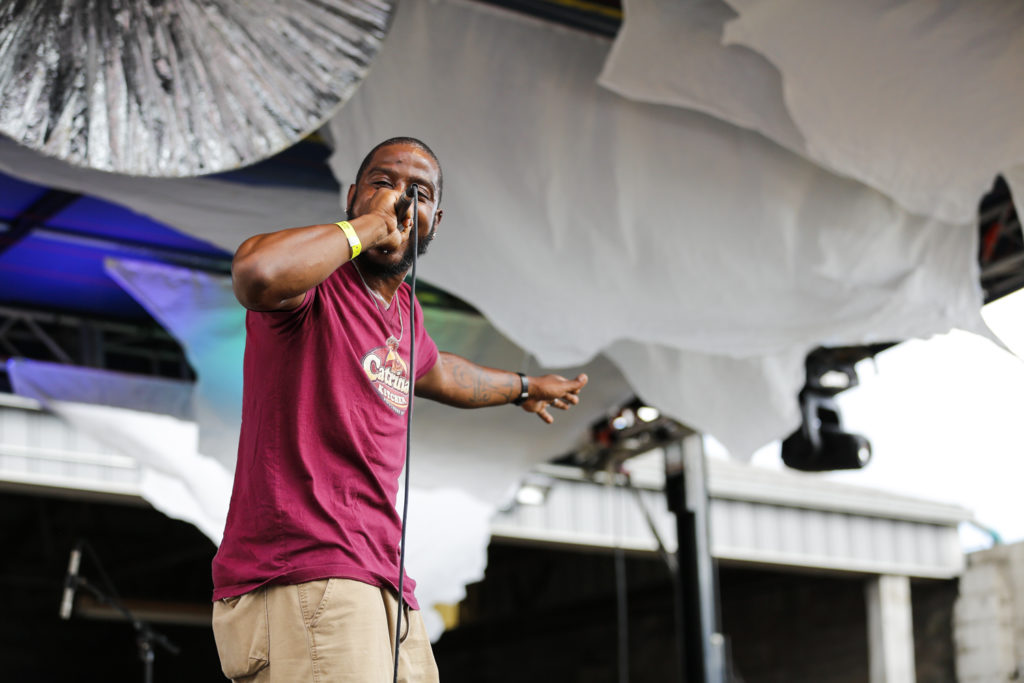 The Poorcastle 2022 lineup is here.

The music festival, a showcase of local bands that bills itself as a cheaper “fest for the rest” in the leadup to the larger Forecastle Festival, announced the lineup at a party last night at The Wiggle Room.

This year, Poorcastle will be at Breslin Park (1400 Payne St.) from Friday, May 20 to Sunday, May 22. The full schedule and list of participating vendors will be released on March 1.

Poorcastle announced its return in November after a two-year absence.

Here’s the list of all the musicians who’ll be playing.

In a statement, the festival said, “We are so happy to continue partnering with local businesses this year and are excited about what each will bring to the festival in 2022, including Parks Alliance Louisville, Buffalo Trace Bourbon, Wheatley Vodka, Apocalypse Brew Works, Louisville Vegan Jerky Co., School of Rock, The MerryWeather, The WiggleRoom, and Fresh Produce.”

Early Bird 3-Day Passes are now available for $20 each, which you can purchase here. Those passes will go up to $25 starting March 1 and will cost $30 at the gate.