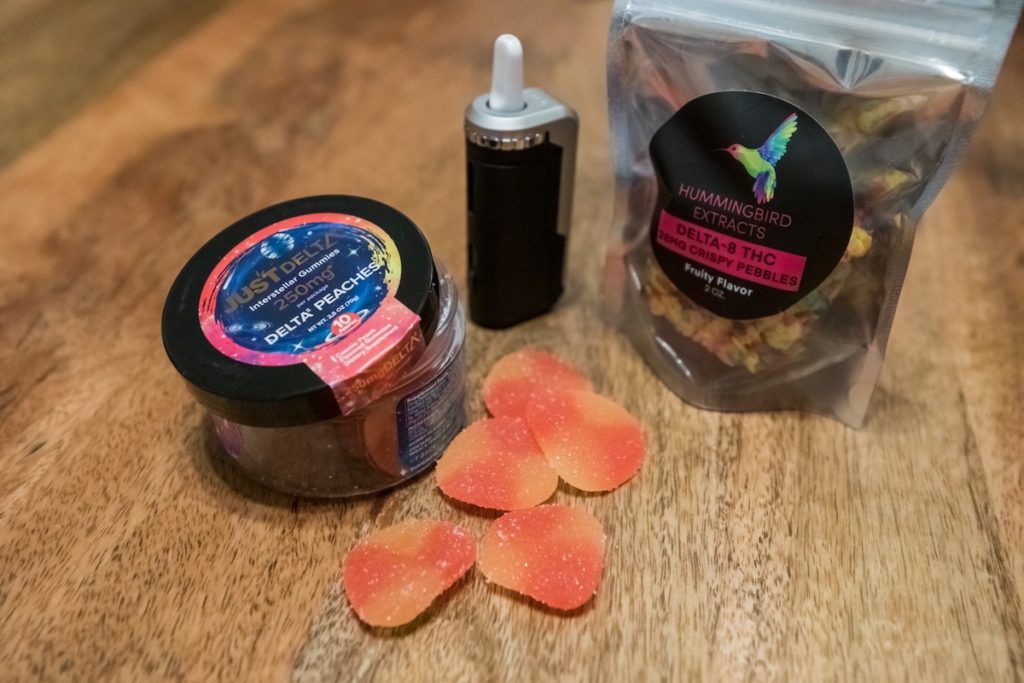 A Kentucky lawmaker has filed a bill to ban all intoxicating hemp-derived products, which would include consumables containing Delta 8 and Delta 10: two cannabis compounds that get you high and exist in a legal gray area in the state.

Kentucky Sen. Paul Hornback, a farmer, introduced the bill on Monday, and it has been assigned to the Senate’s agriculture committee.

Delta 8 gained popularity last year as a “legal weed,” with advocates likening it to a medical marijuana alternative, although its health effects are not proven. It’s a form of THC that will get you high and is found naturally occurring in the cannabis plant but in such small amounts that, to make a Delta 8 product, it needs to be created from CBD through a process called isomerization.

Delta 10 is similar to Delta 8: It also is psychoactive and is found naturally occurring in the plant but must be converted from CBD to be sold.

Advocates argue that Delta 8 is legal under the 2018 Hemp Farming Bill, which legalized hemp-derived substances as long as they contain less than 0.3% of Delta 9 THC — the main psychoactive ingredient in cannabis.

But, it has been a target of regulators in Kentucky: In 2021, the Kentucky Department of Agriculture issued an opinion saying that Delta 8 is already illegal in Kentucky. Although some stores continue to sell it.

Opponents of Delta 8 say it is illegal because products are created in a way that makes them synthetic. The DEA says that synthetically-derived tetrahydrocannabinols (THC) are still controlled substances.

Hornback’s bill would define Delta 1-10 as synthetic tetrahydrocannabinols in Kentucky law. It also would make it illegal to cultivate, handle, process, market or distribute intoxicating hemp products. And, it says it’s illegal to possess hemp-extract material with a tetrahydrocannabinol concentration in excess of what would be naturally occurring. For Delta 8, the bill defines that as products containing 0.001% of the form of THC.

Under the bill, Kentucky businesses would also not be able to market, sell or distribute hemp teas and chew, among other hemp substances.

Learn more about Delta 8 in this deep-dive from LEO.