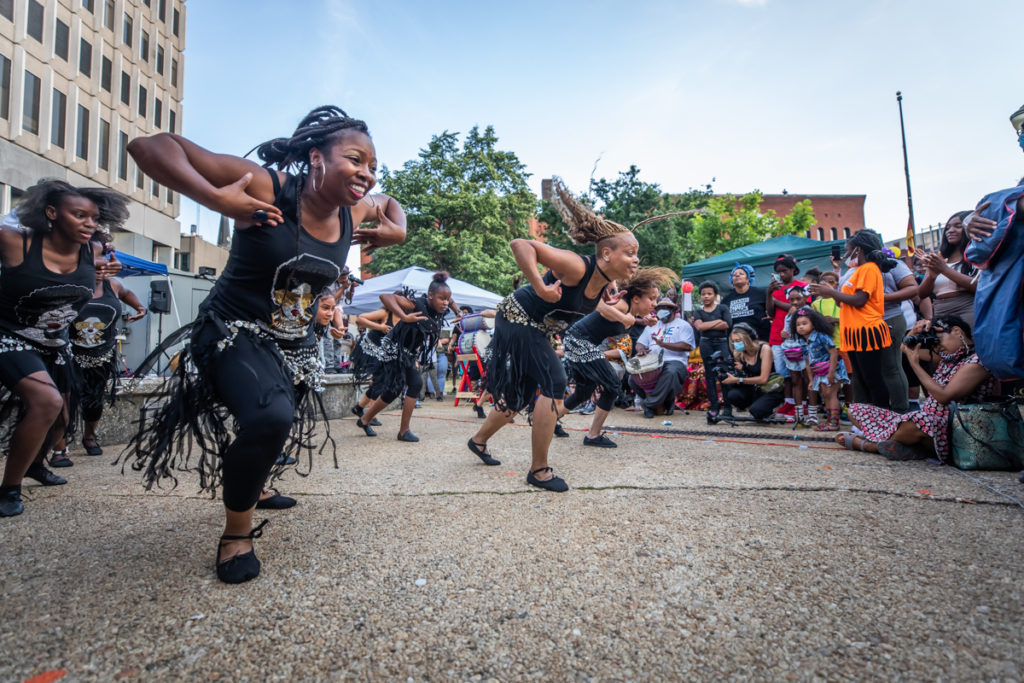 With the signing of a Metro Council ordinance, the Juneteenth Jubilee Commission, a 15-member group that will plan Louisville’s annual Juneteenth celebration, is now an official city commission.

Louisville’s Juneteenth Jubilee was first held in 2019. In 2020, Mayor Greg Fischer signed an executive order in making Juneteenth an official holiday in Louisville. President Joe Biden made it a federal holiday last year. Louisville Metro’s latest move will further solidify Juneteenth as a prominent holiday across the city of Louisville.

Juneteenth celebrates the real end of slavery in the United States: June 19, 1865, two years after the Emancipation Proclamation, when union soldiers arrived in Galveston, Texas, and residents were informed that slavery had been abolished.

The Juneteenth Jubilee Commission will be made up of “representatives from the Metro Council, the business community, arts, educational and faith institutions, and others,” according to a press release. “They will be charged with reviewing opportunities for expanding access to educational programming and developing cultural events for Juneteenth 2022 and into the future – to raise community awareness of Juneteenth’s significance.”

The commission will also help create a budget and bring in sponsorships for the jubilee and “work  to present events that will highlight Black-owned businesses, encourage entrepreneurship and wealth building, and showcase historically black colleges and universities.”

Louisville’s Juneteenth Jubilee Celebration in 2021 included a worship service, a day camp for young people, panel discussions, and a wellness fair, amongst other events.

This year’s event schedule will be posted at this link nearer to Juneteenth.

In a statement, Mayor Fischer said that Juneteenth is “part of our shared history,” both “the proud moments and the painful.”

“Signing this ordinance ensures Juneteenth’s prominent place in Louisville and my hope is that this commemoration will serve as a time for learning and a commitment to a beautifully diverse America where Black history is understood by all as American history,” he said.

Councilman Jecorey Arthur, D-4, one of the co-sponsors of the ordinance to codify the Commission, said in a statement, “Our city, state, and nation were built by enslaved people. Juneteenth is a day to not only educate people about that, but celebrate the accomplishments of those ancestors and their descendants, while continuing the fight for reparative justice. I’m proud we started the Juneteenth Jubilee in 2019 and now it will live on for years to come as an official city commission.”

Councilwoman Paula McCraney, D-7, who sponsored the ordinance, said in a statement, “This legislation creating the Juneteenth Jubilee Commission is rare, historical and significant. I can’t think of a greater cause for celebration than learning that one is free from slavery. It’s fitting to sign this ordinance into law today during Black History Month. It’s a reminder to all that Black History is under threat, but those of us who care about American history, which Black History is, will continue to support programs and events that reflect the unique contributions of African Americans.”