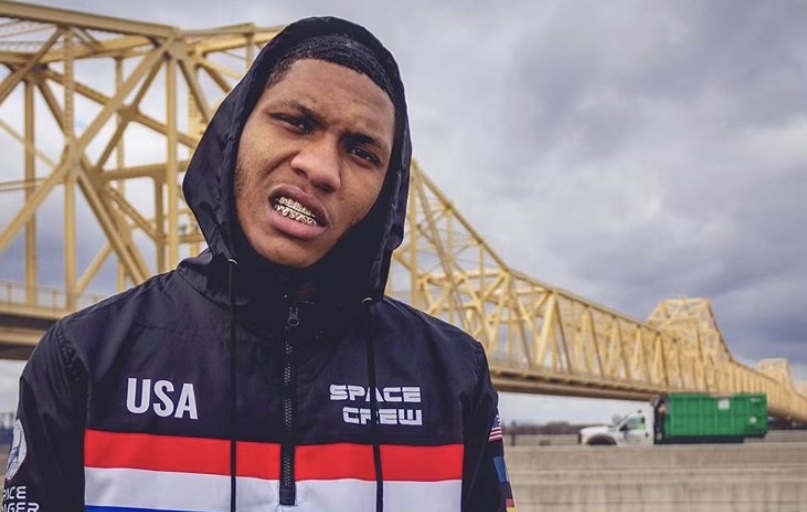 "Word to Jack / Putting the birth place on the map," YGB Jay raps in his remix of "Nail Tech."Photo by Sed Sullivan

For YGB Jay, a Louisville rapper, the release of Jack Harlow’s “Nail Tech” video on Friday held layers and layers of interest.

“The first time I heard the drums was crazy to me. I really like how the drums sound. And then I saw C-Tez in the video. He’s an actor from the West End. It’s like the first time Lousiville had a West End representation like that … It felt like it was an opportunity for me to use my voice and kind of chime in on the light that West Louisville was getting particularly. I decided right then I was going to do a remix,” said Jay over the phone today.

It wasn’t long before Kanye West gave Harlow his flowers, posting “This n***a can raaaaaaap bro And I’m saying n***a as a compliment Top 5 out right now.” On Instagram that same day. Harlow emoted. The Louisville hip-hop community reposted Ye in a frenzy, taking over Story feeds in an instant. And Jay started writing.

“What Kanye said was just kind of like an affirmation about what I felt about that song, and what it was about to do. It was like, you’re on the right path,” Jay recalled.

Jay recorded his remix Saturday night, produced a video Monday, and released it today on YouTube, making him the first Louisville artist to remix the song and publish it.

And why so fast? “I got it done to participate in what I feel like is going to be a difference-maker in Jack’s career, for people who see him as more than ‘What’s Popping,’ you know what I mean? Like, ‘Nail Tech’ is substantively different from that, in a sense,” said Jay.

Seizing the opportunity to use his voice, harnessing his energy to turn around a song and video in short order, remaining undistracted and unbothered throughout, Jay’s effort was largely solitary, fueled by understanding and focus that are reflected in his lyrics. We would be remiss if we did not share them in full, so we will.

The lyrics call out local incidents of social injustice that reverberate nationally. Right out of the gate, Jay points at the critical problem of no-knock warrants, the kind that facilitated the killing of Breonna Taylor:

“It’s real, like, sensitive for me being a person with a spouse, with no kids, you know,” he said. “It’s just us in the house. It’s a crazy feeling to think that another human can enter my home … in the middle of the night. I mean, you could knock and wait on a response … for someone who’s supposed to be innocent until proven guilty. [But they] enter and arrest someone under such barbaric type of tendencies. It’s just to me, that’s created a passion and I wanted to speak around.”

The video was shot by Tonito of FEO Films, who filmed it in a church.

“It’s effortless to work with Jay, he’s the type of artist that comes with an idea, and even better he shows up with ways to execute on said idea. It is great working with a creative that has a message and is pushing a positive narrative,” said Tonito.