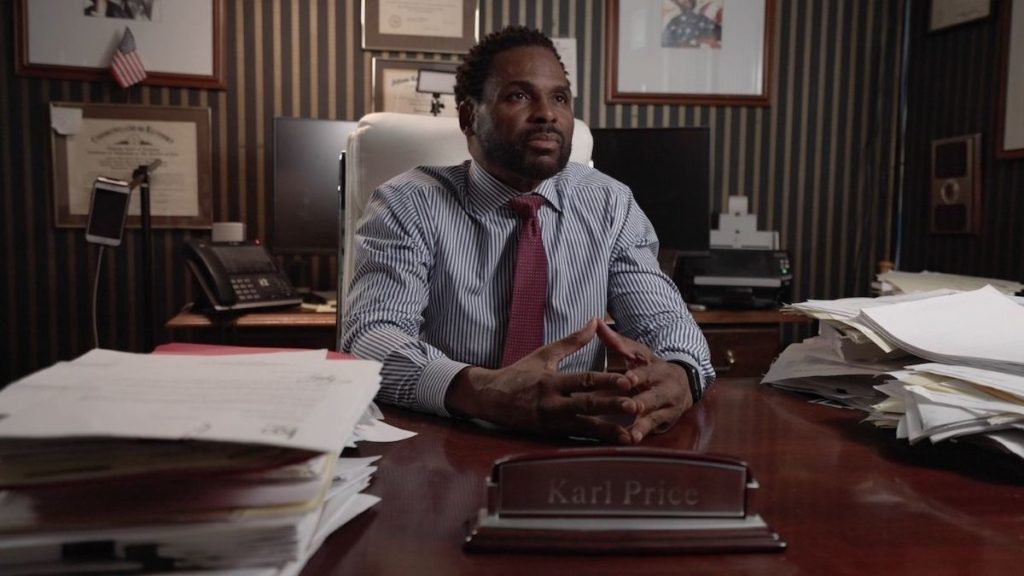 In case you missed it, PBS’ Emmy Award-winning documentary series Independent Lens and the Pulitzer Prize-Winning Courier Journal have launched a multimedia investigative series looking at Kentucky’s Persistent Felony Offender (PFO) laws. The series hopes to use the power of journalism and filmmaking to examine the past present and what is to come for the Kentucky PFO law. The law was originally drafted in 1974 (KRS 532.080) and allows prosecutors to pursue enhanced sentencing for those who have previously been convicted of felonies.

Working with data and analysis from the non-partisan Vera Institute of Justice, the Courier Journal’s News Director/Director of Investigations Mike Trautmann and reporters Jonathan Bullington, Matt Mencarini and Chris Kenning investigate the long-term, intergenerational impact these laws have on Kentuckians as well as the potential for reform and the growing prison population in the state.

The original series took months to develop. The collaboration with sources that included current and formerly incarcerated people helped to tell the stories of those affected by this law.

You can read the series if you’re a subscriber on the Courier Journal’s website, or watch the documentary shorts on YouTube.

From a news release:

The reporting team worked closely with filmmakers including 10-time Emmy Award-winner Marlon Johnson, and Louisville natives Imani Dennison and Evan Mascagni to identify criminal legal system experts and film participants whose personal stories reflect the legacy of the PFO sentencing law. Films in the series include:

“Our goal at the Louisville Courier-Journal is to ethically and unbiasedly investigate stories that impact both Louisvillians, Kentuckians and the world at large,” said News Director/Director of Investigations Mike Trautmann in the release.  “The opportunity to comprehensively explore the history of Kentucky’s Persistent Felony Offender law with the help of INDEPENDENT LENS, the incredible filmmakers and ground-breaking data from the Vera Institute of Justice has allowed us to provide an authentic look into the real impact this law has had on the state and its people.”

“As someone born and raised in Kentucky, it has been an absolute honor to help fellow Kentuckian Marcus Jackson tell the human stories behind the state’s Persistent Felony Offender Law,” said Persistent filmmaker Evan Mascagni in the same release. “Families across the Bluegrass State have experienced generational cycles of incarceration and trauma, and reforming this law will hopefully help in the healing process for so many. Marcus’ tireless policy reform work is certainly an uphill battle, but I am hoping our work together will help shift the perception so many have towards people who have been incarcerated, and also help lawmakers understand the importance of this issue.”

The personal stories of those who have been affected are what gives this story its weight and power. The story of Ryan Troxler for instance.

“The story of Ryan Troxler is an account of an African American man, who is currently serving an extensive 15-year sentence for a non-violent drug offense. His conviction and sentence by an all-white jury happened in Greenup County, Kentucky, where the black population is below 1%; it’s a narrative far and wide throughout America,” said Weight of the State filmmaker Marlon Johnson in the release. “Through my work with Ryan and his family, we hope to bring attention to the racial and economic disparities woven into the fabric of Kentucky’s criminal justice system through its use of Persistent Felony Offender laws.”

The series began January 22 on PBS television,  February 3 on the Courier Journal’s website and will be on the PBS app beginning February 21.

To learn more information about Kentucky’s Persistent Felony Offender law and to join the civic conversation, audiences are asked to share their feedback via this interactive tool.

Other INDEPENDENT LENS documentaries exploring the criminal justice system include Apart, which examines the impact of America’s War on Drugs through three mothers attempting to rebuild their lives after incarceration. Apart begins screening communities nationwide beginning January 22, 2022 and will premiere on PBS and the PBS Video app February 21, 2022. For more information about Apart please visit here.