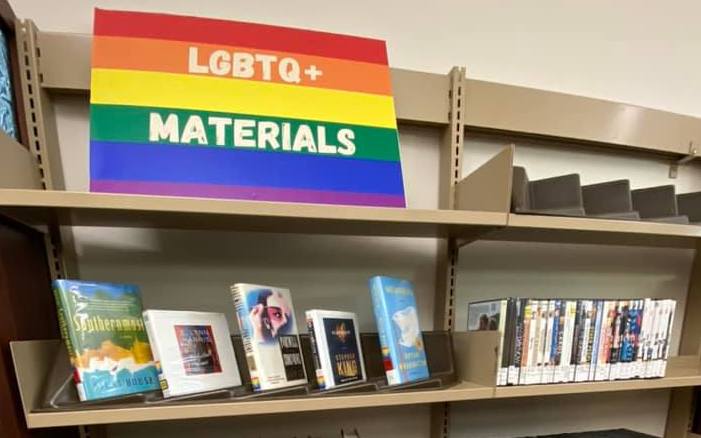 The Jeffersonville Township Public Library has a new section: a collection of LGBTQ+ books, movies and audio stories, with more materials coming.

Library Director David Seckman said the dedicated space on the library’s first floor serves two purposes: It makes the library a welcoming space, and it makes it easier for readers to find LGBTQ+ books.

“If we want to break down barriers, you have to make it as easy as possible for people to use the library and create that welcoming space,” said Seckman.

But Seckman didn’t come up with the idea on his own. Southern Indiana Pride founder Evan Stoner, who also started the area’s pride festival, suggested it to him.

The new section at the library contains 197 items, including books (both nonfiction and fiction), DVDs and audio books.

“We’re trying to do a lot better with that,” said Seckman. “And I think I think it’s kind of twofold. Like libraries just weren’t really being intentional about it. And two, there just wasn’t really the materials. And I think publishers are doing better with offering more diverse titles.”

The library is leasing nine more physical books, which will come in March, including Brandi Carlile’s memoir “Broken Horses” and the young adult memoir-manifesto “All Boys Aren’t Blue.” As of last week, the library had added the same nine new eBooks to its OverDrive app.