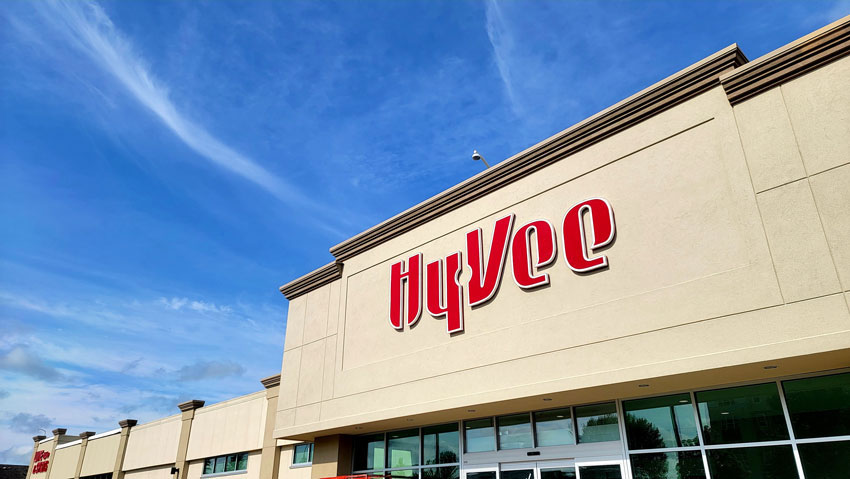 Hy-Vee plans to open a location in Louisville, tentatively by 2023.Photo via Hy-Vee

Hy-Vee — a popular Iowa-based grocery store — has announced where it will be opening in Louisville: at 7405 Bardstown Road, outside of the Gene Snyder and past Fern Creek.

The company has acquired 12 acres at SouthPointe Commons, where it has plans to open a 150,000-square foot store by 2023, tentatively.

This would be Hy-Vee’s first store in Louisville, and one of its first locations in the Southeastern United States.

In 2021, USA Today readers voted Hy-Vee the No. 2 best supermarket in the nation, just after Fresh Market. The company puts a focus on health, employing nutritionists at its stores to provide health screenings, nutrition counseling, meal planning and more.

“As customers’ shopping habits change and their needs evolve, we have services and offerings that we believe will bring an entirely new retail experience to those in Kentucky,” said Hy-Vee CEO Randy Edeker in a statement.

Hy-Vee is also employee owned in that it allows employees to contribute to a Hy-Vee and Affiliates 401(k) plan instead of a personal retirement fund. Hy-Vee uses the money to invest in the business, and employees might get more money back to live off when they retire.

Hy-Vee has also made headlines for its forays into politics, leaning on the Republican side. During the 2020 election, the company’s Political Action Committee donated $31,500 to Republicans and $7,500 to Democrats, according to mashed.com. Edeker, the company’s CEO, also sent out a video to employees, saying that tax policies under Donald Trump had been beneficial for the company, and he was concerned about the policies discussed by “some” of the candidates in the race.

Hy-Vee is not the only new-to-market grocery chain breaking into Louisville: Publix is opening two stores, both in the city’s East End.