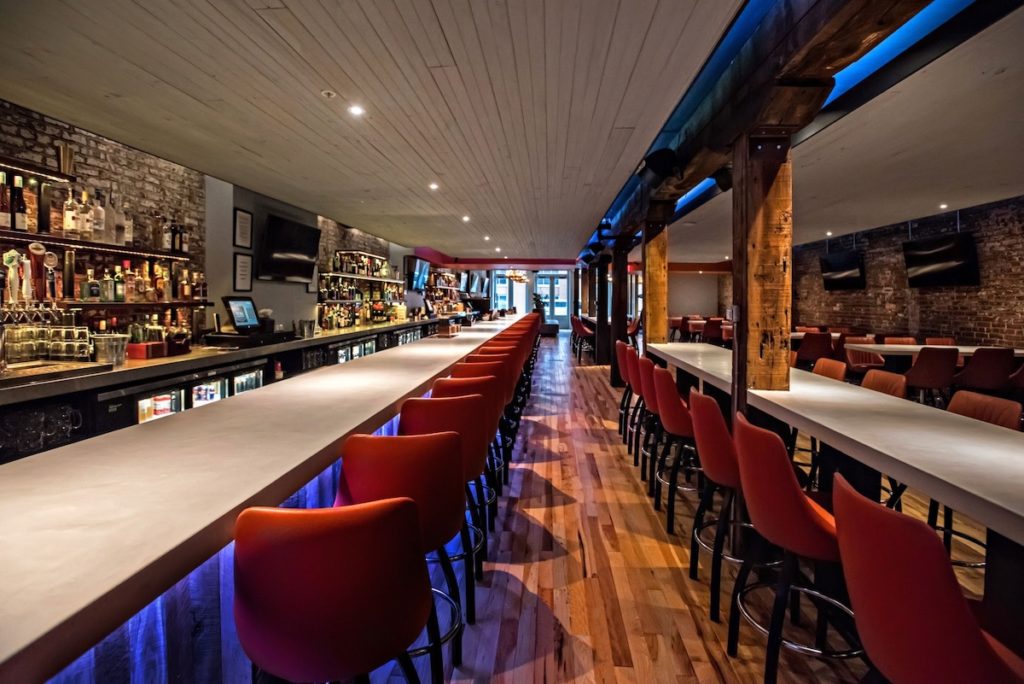 Backside is currently only open from 5 p.m. to 8 p.m. Wednesday through Saturday as general manager Lissa Ramos waits for completed menus to arrive. It’ll return to a longer schedule when the restaurant fully opens, which Ramos is projecting will happen by March 1.

Backside’s predecessor, The Hall on Washington, closed in 2020. The new restaurant has the same owners and similar decor, minus one outdoor neon sign that hasn’t been set up yet, but the food on offer will be noticeably different.

Whereas The Hall on Washington had a focus on German food and beer, Backside’s menu will lean more toward American dishes: burgers, chicken sandwiches, honey butter biscuits and salads, amongst others. (Adding salads to the menu was a necessity created by supply chain and staffing issues, Ramos said, when chicken didn’t always arrive on time or employees weren’t available to work the grill.) The restaurant is also adding bourbon flights to qualify for a listing on the Urban Bourbon Trail.

Like other restaurants on Whiskey Row, Backside and Sidebar are a short walk away from the KFC Yum! Center, which contributes sizably to their foot traffic — as Ramos puts it, “The Yum! Center really keeps everybody alive down here.”

She told LEO that on nights when the Yum! Center hosts a UofL men’s basketball game or a popular entertainer, the restaurant’s nightly income skyrockets. When Garth Brooks came to Louisville and performed four shows in two days in 2016, Ramos said, a flood of customers brought in $17,000 each day — about seven times what the restaurant would make on an average night without any big events.

Although her restaurants (Ramos also manages Sidebar) were both hit hard by the pandemic, Ramos is eager for the live-event traffic to keep Backside busy when it opens fully.

“We really can’t wait for Derby and Thunder and Forecastle,” she said. “We’re just ready to be a part of the new normal and get these doors open.”