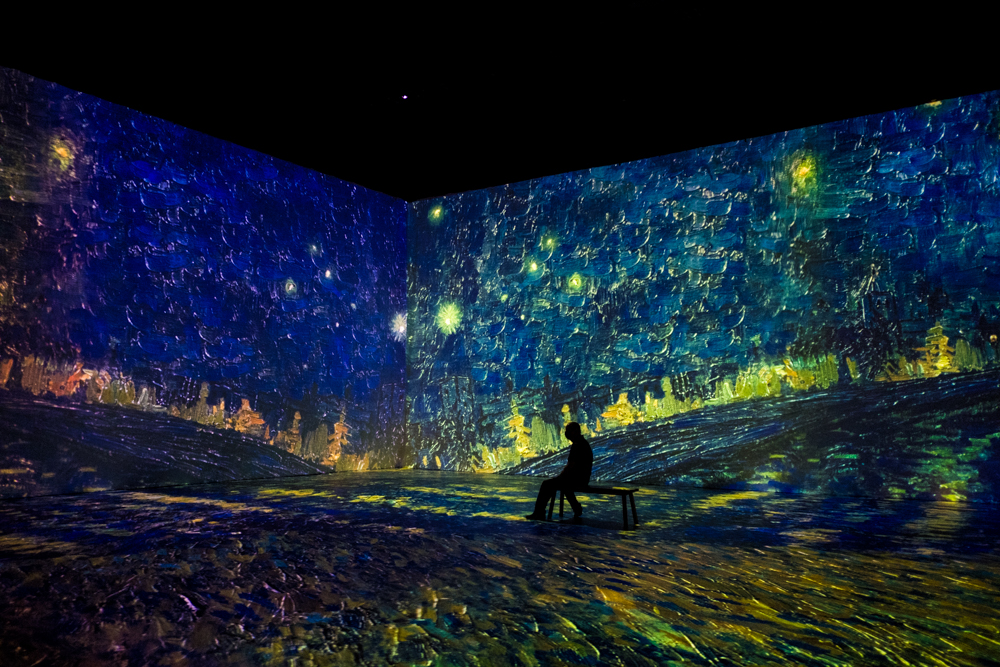 Beyond Van Gogh, an immersive art experience that uses technology to bring Vincent Van Gogh’s paintings to life, is planning to come to Louisville.

One caveat, though — the company hasn’t announced when or where the exhibit will happen, nor when tickets will go on sale. A representative from Beyond Van Gogh confirmed that the best way for people to get updates on the touring experience is to pre-register on their website. Tickets will only be available for purchase in advance, not at the door.

Beyond Van Gogh has opened exhibits in several cities throughout the United States and Canada. One of LEO’s sister papers, the Riverfront Times, photographed Beyond Van Gogh when it came to St. Louis in October.

Beyond Van Gogh is one of several different similarly-named traveling Van Gogh experiences, including Immersive Van Gogh, Van Gogh: The Immersive Experience and Imagine Van Gogh. They all use projections to transport you into the work of the Dutch painter.

The company describes the 30,000-square foot walk-through show as “a new truly immersive experience” featuring both still and moving art, accompanied by a “beautiful score.”

You can preview the exhibit by listening to its official score on Spotify.

If you need to see an immersive Van Gogh exhibit before Beyond Van Gogh arrives in Louisville, Newfields in Indianapolis has one up until May. It was created by a company called Grande Experiences, not Beyond Van Gogh.